Park City, UT — 22 celebrated voices across film, art and culture will bestow this year’s awards to feature-length and short film at the Sundance Film Festival, at a digital ceremony taking place February 2nd. This year’s Festival is fully available online at Festival.Sundance.org; Awards Night will be live-streamed. Award-winning films will be available for special extended-run viewing the day after the ceremony.

The awards, which recognize standout artistic and story elements, are decided on by each of 6 section juries. As in years past, Festival audiences have a role in deciding the 2021 Audience Awards, open to films in the U.S. Competition, World Competition and NEXT categories.

“Our jurors have reached a high level of achievement in their individual fields, and can bring their unique perspective to the process of analyzing and evaluating films,” said Kim Yutani, the Festival’s Director of Programming. “We’re pleased to bring this accomplished, creative group together, and look forward to hearing their thoughts.”

The juried Alfred P. Sloan Feature Film Prize was awarded to Son of Monarchs; information on those jury members is included below.

Twenty-eight years ago, filmmaker Julie Dash broke through racial and gender boundaries with Daughters of the Dust (Best Cinematography, 1991 Sundance Film Festival), and she became the first African American woman to have a wide theatrical release of her feature film. In 2004 the Library of Congress placed Daughters of the Dust in the National Film Registry, where it joins a select group of American films preserved and protected as national treasures. Dash has written and directed television projects including episodes of Queen Sugar for the Oprah Winfrey Network. She also directed The Rosa Parks Story, Incognito, Funny Valentines, Love Song, and Subway Stories.

Cynthia Erivo is a Tony-, Emmy- and Grammy-winning actress and singer as well as an Academy Award, Golden Globe, and Screen Actors Guild nominee. Erivo burst onto West End and Broadway stages in The Color Purple and has since taken the world by storm in movies such as Harriet. Currently, Erivo can be seen on the HBO series The Outsider. She will play Aretha Franklin on National Geographic’s Genius: Aretha in March, will be releasing her debut album in the Summer of 2021 and will soon star in Universal’s Talent Show.

Hanya Yanagihara is the author of the novels The People in the Trees and A Little Life. She is the editor-in-chief of T: The New York Times Style Magazine and lives in New York.

Ashley Clark is the curatorial director at the Criterion Collection. He previously worked as director of film programming at Brooklyn Academy of Music and has organized film series at venues including MoMA, TIFF Bell Lightbox, and BFI Southbank. Clark has written features and criticism for publications including the New York Times, Sight & Sound, Reverse Shot and 4Columns. He is the author of the book Facing Blackness: Media and Minstrelsy in Spike Lee’s Bamboozled (2015).

Joshua Oppenheimer’s films include the diptych The Act of Killing (2013) and The Look of Silence (2015), which sheds light on one of history’s worst atrocities, the Indonesian genocide, and its terrible legacy of corruption and fear. His filmmaking explores impunity, fantasy, and guilt, investigating how our past haunts our present. Oppenheimer has received two Oscar nominations, a MacArthur Fellowship, a BAFTA Award, a Film Independent Spirit Award, and the Venice International Film Festival’s Grand Jury Prize. 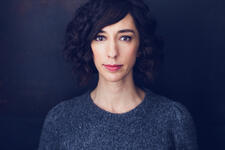 Lana Wilson is an Emmy-winning director. Her latest film, Miss Americana, premiered at the 2020 Sundance Film Festival and was a New York Times and IndieWire Critics’ Pick. Previous work includes The Departure (2017 Tribeca Film Festival, Independent Spirit Award nominee for best documentary), A Cure for Fear (International Documentary Association Award nominee for best short-form series), and After Tiller, which premiered at Sundance in 2013 and won an Emmy for best documentary.

Isaac Julien CBE RA has had films in festivals at Cannes, Venice, and Berlin and in the Museum of Modern Art, Centre Pompidou, and Tate collections. Young Soul Rebels won the Semaine de la Critique prize at Cannes, and Looking for Langston has garnered 30 years of acclaim. Currently, 10-screen film installation Lessons of the Hour is at McEvoy Foundation for the Arts, San Francisco, and nine-screen film A Marvellous Entanglement is at MAXXI, Rome.

Daniela Vega is a Chilean actress known for starring in the Academy Award–winning feature A Fantastic Woman. She was the first transgender woman to present an award at the Oscars, and she was one of Time Magazine’s 100 most influential people in 2018. Vega has won awards at several festivals and won the 2018 Platino Award for Best Actress. She currently works as executive producer and host on the upcoming docuseries Peace Peace Now Now.

Kim Longinotto attended the National Film and Television School, where she made Pride of Place and Theatre Girls. The Day I Will Never Forget premiered at the Sundance Film Festival in 2003. Other films include Rough Aunties, Pink Saris, and Salma. Dreamcatcher and Shooting the Mafia premiered at Sundance and the Berlin International Film Festival. Longinotto is currently making a film about a Jamaican-born musician based in the United Kingdom.

Mohamed Saïd Ouma currently serves as the executive director of Documentary Africa, an initiative that aims to bolster the African documentary ecosystem through funding, building and sharing knowledge, and complementary initiatives. He has cut his professional teeth as a festival manager and by working with the Pan African Federation of Filmmakers. His latest film, Red Card, premiered at the 2020 International Documentary Film Festival Amsterdam.

Born in Taiwan and based in New York, Jean Tsien has been working in documentary films for 35 years as an editor, producer, and consultant. Her editing debut, Something Within Me, won three awards at the 1993 Sundance Film Festival. Recently, she produced 76 Days and executive-produced the landmark five-part PBS series Asian Americans. Tsien received the Art of Editing Mentorship Award at the 2018 Sundance Film Festival and the Lifetime Achievement Award at the 2020 DOC NYC.

Kate and Laura Mulleavy received their liberal arts degrees from the University of California, Berkeley, and in 2005 launched their fashion brand Rodarte. At the center of the sisters’ unique approach to fashion is their pursuit of innovation through storytelling. Their vision expands into multiple artistic endeavors, including their work as costume designers, writers, and directors. In 2017, the two released Woodshock at the 74th annual Venice Film Festival. The film was written and directed by the Mulleavy sisters, stars Kirsten Dunst, and was distributed by A24.

An actor in film, television, and theater, Raúl Castillo is known for his portrayal of Paps in the critical and awards darling We the Animals, based on the Justin Torres novel and directed by Jeremiah Zagar. Castillo recently wrapped filming for Mattson Tomlin’s Mother/Android and Adam Randall’s Night Teeth. Upcoming 2021 film releases include Little Fish, with director Chad Hartigan; Wrath of Man, directed by Guy Ritchie; and Army of the Dead, directed by Zack Snyder for Netflix.

Tacita Dean is a visual artist who lives and works in both Berlin and Los Angeles. She exhibits her 16mm and 35mm films, large-scale drawings in chalk, and other works in galleries and museums worldwide. A passionate advocate for the use and preservation of analog media, Dean has campaigned tirelessly to keep photochemical film viable in the digital age. She is the recipient of many awards, most notably the Hugo Boss Prize in 2006.

Inge de Leeuw is an award-winning programmer and curator. Her work explores crossovers among film, visual art, and digital culture through exhibitions and film programs. She worked with International Film Festival Rotterdam as a programmer with a focus on the U.S. and United Kingdom. As a curator, she collaborated with Het Nieuwe Instituut in Rotterdam, The Garage Museum of Contemporary Art in Moscow, Indie Memphis, Kino Forum in São Paulo, and Ghetto Film School.

Joy Buolamwini is the founder of the Algorithmic Justice League. Her TED Talk on algorithmic bias has over one million views. Her MIT thesis methodology uncovered racial and gender bias in artificial intelligence services from Microsoft, IBM, and Amazon. She advises world leaders on reducing AI harms through service on the Global Tech Panel, congressional testimonies, and keynotes. TIME Magazine and the New York Times carry her op-eds. Buolamwini’s journey is depicted in the feature-length documentary Coded Bias.

Aneesh Chaganty is a writer/director whose two-minute short film, a Google Glass spot called Seeds, became an internet sensation after garnering more than one million YouTube views in 24 hours. His directorial debut, Searching, premiered at the 2018 Sundance Film Festival, winning the Alfred P. Sloan Feature Film Prize. His second film, Run, starring Sarah Paulson, was released on Hulu this past November and became the streaming service’s most watched movie ever during its opening weekend.

Dr. Mandë Holford is an associate professor of chemistry at Hunter College and the Graduate Center, City University of New York, with scientific appointments at the American Museum of Natural History and Weill Cornell Medicine. She is active in science education, advancing the public understanding of science, and science diplomacy. Her honors include being named a 2020 Sustainability Pioneer by the World Economic Forum, a WINGS WorldQuest Women of Discovery fellow, and fellow of the California Academy of Sciences.

Lydia Dean Pilcher began her career directing documentaries and recently directed the feature A Call to Spy, about three female spies during World War II. Before that, she co-directed the feature Radium Girls, starring Joey King and Abby Quinn. Pilcher is an Academy Award–nominated and two-time Emmy-winning producer. Pilcher produced such movies as Queen of Katwe, The Reluctant Fundamentalist, The Namesake, Cutie and the Boxer, The Darjeeling Limited, The Lunchbox, and The Immortal Life of Henrietta Lacks.

Lena Vurma is a Berlin-based Swiss producer, a Film Independent and Tribeca Film Institute fellow, an Alfred P. Sloan grant winner, and an Inside Pictures alumna. She is head of acquisitions for German distributor Filmwelt, known for titles such as Gunda and Maudie. Her current film, Adventures of a Mathematician, based on the autobiography by Jewish-Polish mathematician Stanislaw Ulam, is an award-winning, Sloan-supported German-British-Polish co-production that premiered in 2020 at Palm Springs International Film Festival.

Sundance Institute
As a champion and curator of independent stories for the stage and screen, Sundance Institute provides and preserves the space for artists in film, theatre, film composing, and digital media to create and thrive.Founded in 1981 by Robert Redford, the Institute’s signature Labs, granting, and mentorship programs, dedicated to developing new work, take place throughout the year in the U.S. and internationally. Sundance Co//ab, a digital community platform, brings artists together to learn from each other and Sundance Advisors and connect in a creative space, developing and sharing works in progress. The Sundance Film Festival and other public programs connect audiences and artists to ignite new ideas, discover original voices, and build a community dedicated to independent storytelling. Sundance Institute has supported such projects as Clemency, Never Rarely Sometimes Always, Zola, On The Record, Boys State, The Farewell, Honeyland, One Child Nation, The Souvenir, The Infiltrators, Sorry to Bother You, Won’t You Be My Neighbor?, Hereditary, Call Me By Your Name, Get Out, The Big Sick, Mudbound, Fruitvale Station, City So Real, Top of the Lake, Between the World & Me, Wild Goose Dreams and Fun Home. Join Sundance Institute on Facebook, Instagram, Twitter and YouTube.