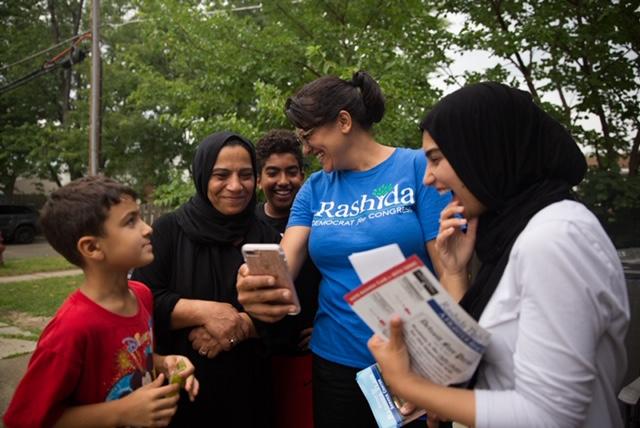 Park City, UT — The non-profit Sundance Institute, in collaboration with Luminate, the global philanthropic organization, today announced six new projects, joining two which had been previously announced, which are being supported by the Sundance Institute | Luminate Fund. The fund provides non-recoupable grants to independent artists working across documentary, narrative, episodic and emerging media whose work display a strong potential for social and cultural impact.

“These captivating and inspiring films give life to important social issues and tell their stories in ways we hope will engage and activate audiences,” said Nishant Lalwani, Managing Director at Luminate. “We want to encourage and support the best storytellers to take on these compelling and challenging social issues, and to use their art as a powerful force for change.”

First announced in 2019, the partnership between Sundance Institute and Luminate supports storytelling projects with a first-of-its-kind multidisciplinary global impact fund. The selected projects focus on critical social issues connected to one of Luminate’s four impact areas; civic empowerment; data and digital rights; independent media; and financial transparency. Grantees receive financial support, with an emphasis on aid for post-production and impact campaigns, as well as year-round support from Sundance and Luminate to foster thought leadership and network building, allowing the artists to develop impact strategies to aid their projects in reaching their intended audiences and building public discourse.

“We’re grateful to Luminate for recognizing the power of art and artists to contribute to today’s most urgent issues,” said Keri Putnam, Executive Director of Sundance Institute. “This unique program will give these inspiring filmmakers the tools and support they need to ensure that their work can realize its full potential. The flexibility and vision of this global and multi-disciplinary impact fund are transformative.”

The selected projects were revealed at the 2020 Sundance Film Festival during Luminate’s panel “Us v. Them”: Narratives That Divide Society and How We Can Overcome Them. The public panel, which was moderated by Luminate CEO Stephen King and featured journalist, CEO of Rappler and Time Person of the Year Maria Ressa (A Thousand Cuts), Karim Amer (The Great Hack, Persuasion Machines), Toni Kamau (Softie) and executive director of Pop Culture Collaborative Bridgit Antoinette Evans, addressed how storytelling can unite societies in an age where propaganda and disinformation are being spread through new technologies.

And She Could Be Next

In a polarized America, where the dual forces of white supremacy and patriarchy threaten to erode our democracy, a game-changing transformation is happening at the grassroots. As American demographics rapidly shift toward a non-white majority, a defiant group of women of color—as candidates and organizers— are harnessing the political power of the New American Majority. And She Could Be Next, made by a team of women filmmakers of color, asks whether democracy itself can be preserved—and made stronger—by those most marginalized.

Two professional actors undergo an immersive process to interpret police officers Teresa and Montoya and experience what it takes to be a cop in Mexico. A radical experiment combining documentary and fictional elements, the film gives voice to one of Mexico’s most controversial institutions: the police force, and unravels the causes of the impunity crisis that plagues the justice system.

A group of lawyers and activists investigate the possible motives of a multiple homicide in a landmark neighborhood in Mexico City, revealing the deepest frameworks of the politics of corruption and impunity in Mexico.

One of Latin America’s most important photojournalists heads out to Colombia’s isolated and volatile countryside, where he risks it all to reveal the fallout from the country’s historic peace accord.

The Infiltrators tells the true story of a radical group of undocumented youth – Dreamers – who get themselves detained in order to infiltrate a shadowy detention center and to help other immigrants get free.

Influence charts the recent advancements in weaponized communication by investigating the rise and fall of the world’s most notorious public relations and reputation management firm: the British multinational Bell Pottinger.

Boniface Mwangi is daring and audacious, and recognised as Kenya’s most provocative photojournalist. But as a father of three young children, these qualities create tremendous turmoil between him and his wife Njeri. When he wants to run for political office, he is forced to choose: country or family?

Luminate is a global philanthropic organization focused on empowering people and institutions to work together to build just and fair societies. We support innovative and courageous organizations and entrepreneurs around the world, and we advocate for the policies and actions that will drive change across four impact areas: Civic Empowerment, Data & Digital Rights, Financial Transparency, and Independent Media. We work with our investees and partners to ensure that everyone has the opportunity to participate in and to shape the issues affecting their societies, and to make those in positions of power more responsive and accountable. Luminate was established in 2018 by Pierre Omidyar, the founder of eBay, and his wife Pam. The organization is part of The Omidyar Group.