Sundance Institute Presents: An Artist at the Table Presented by IMDbPro 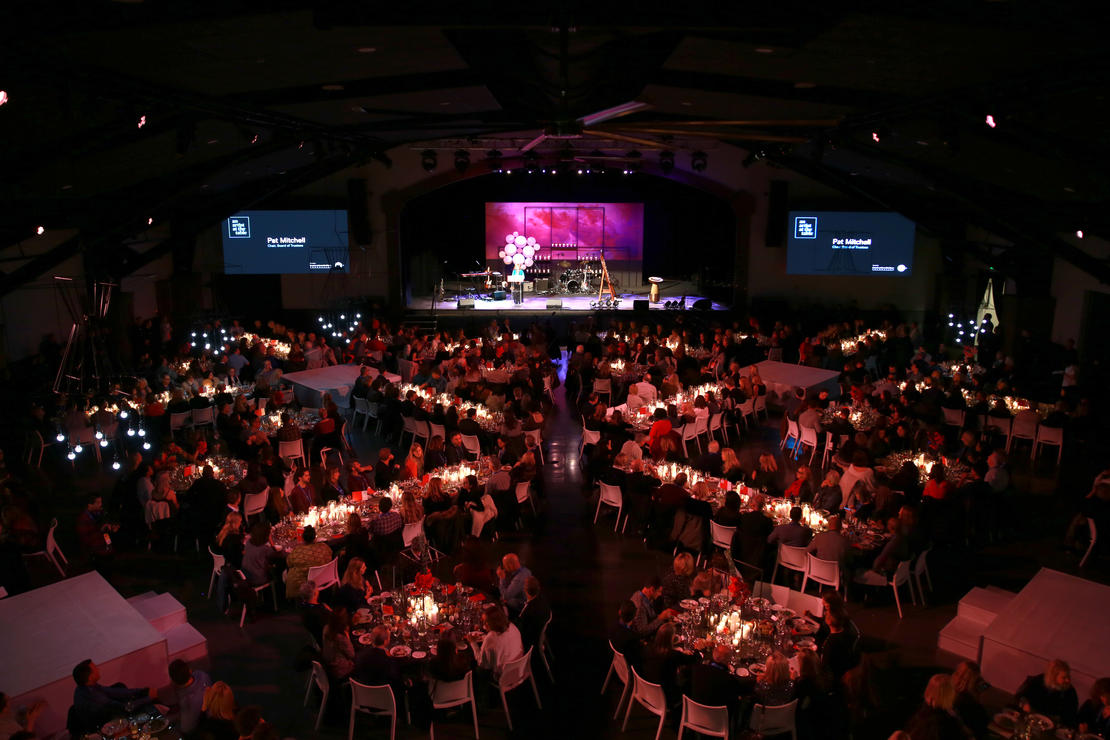 Darren Walker to Receive the Inaugural Vanguard Award for Philanthropy

Park City, UT — Sundance Institute invites champions of independent storytelling to attend An Artist at the Table Presented by IMDbPro, Sundance Institute’s annual fundraising event hosted on the first night of the Sundance Film Festival, Thursday, January 23, 2020, in Park City, Utah. During the celebratory event, Darren Walker, President of the Ford Foundation, will be honored with the Vanguard Award for Philanthropy. Proceeds from the evening will advance Sundance Institute’s mission and programs that discover, support and amplify risk-taking and exciting independent film, media and theatre artists. In addition to Presenting Sponsor IMDbPro, the event is supported by Lead Sponsor the George S. and Dolores Doré Eccles Foundation.

The evening will begin with the world premiere of Crip Camp, a documentary detailing the revolution that blossomed in a ramshackle summer camp for disabled teenagers, transforming their young lives and igniting a landmark movement down the road from Woodstock, New York in the early 1970’s. Directed by Nicole Newnham and Jim LeBrecht and produced by Sara Bolder, Jim LeBrecht, and Nicole Newnham, the film will screen in the U.S. Documentary Competition category of the Festival. Crip Camp was developed at Sundance Institute’s 2018 Documentary Edit and Story Lab; participated in the Institute’s Creative Producing Summit, Catalyst Forum, and Impact Intensive; and received a grant from the Institute’s 2017 Sundance Documentary Film Fund.

Following the screening, guests will convene for a celebratory dinner and a brief live program, centered on the creative minds behind some of today’s most exciting new stories in independent film and media and celebrating the Institute’s community of supporters and artists. Each table is hosted by a Sundance Institute artist, allowing guests the unique opportunity to connect directly with Institute alumni and learn more about their artistic paths, works, and experiences. This year’s artists include Ritesh Batra (Photograph), Joe Berlinger (Extremely Wicked, Shockingly Evil and Vile), Catherine Gund (Aggie), Lisa Kron (Fun Home), Dee Rees (The Last Thing He Wanted), Junaid Sarieddeen (36 Abbas Street, Haifa), Nanfu Wang (One Child Nation), Benh Zeitlin (Wendy), and Marina Zenovich (Lance), with more to be confirmed.

The evening will also feature Sundance Institute’s inaugural Vanguard Award for Philanthropy, which honors innovation, originality, and independent spirit as demonstrated over an exemplary career in philanthropy and social impact. This year’s honoree, Darren Walker, has helmed transformational initiatives like the Art for Justice Fund, demonstrated a commitment to diversifying leadership in museums and cultural institutions, and redesigned the Ford Foundation Center for Social Justice. His tenure at the Ford Foundation has inspired many, provided long-lasting career stability for hundreds of artists, and created space for a more just and equitable arts landscape in the United States and around the world.

“On behalf of my colleagues at the Ford Foundation, I am honored to receive the Vanguard Award for Philanthropy from Sundance Institute,” said Walker. “The projects and artists supported by Sundance have helped shape public discourse on some of the most pressing social issues of our time. As a society, we can, and should, do more to support our artists as leaders in the community.”

“The opening night of the Sundance Film Festival is a perfect occasion to celebrate the incredible artists, audiences and supporters who together fuel the creative community of Sundance Institute – dedicated to independent voices, risk-taking art, and stories that seek truth and forge connections,” said Keri Putnam, CEO of Sundance Institute. “As a visionary leader in the philanthropic space, Darren and his inspiring work embody the spirit of Sundance Institute and we are pleased to honor him with the Vanguard Award for Philanthropy.”

Tickets and packages are available here.