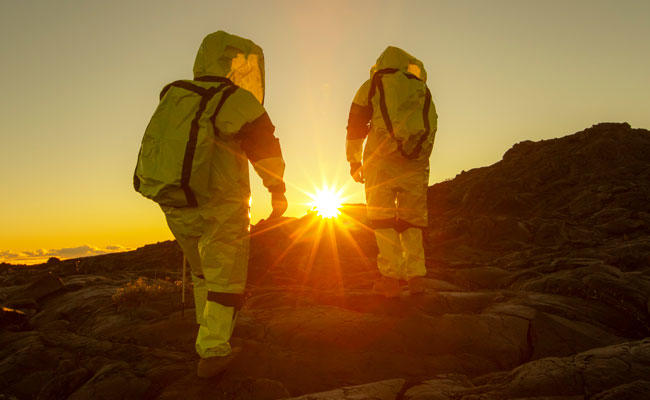 Park City, UT — Sundance Institute, in collaboration with Science Sandbox, an initiative of Simons Foundation, announced the expansion of the Science Sandbox Nonfiction Initiative, alongside the initial nine science-focused independent projects selected for support this year. The initiative, first introduced in 2018, aims to elevate the voices of independent artists working at the intersection of science and nonfiction storytelling, as well as to encourage critical thinking, promote educated discourse and highlight the overlap of science and art.

Following the initiative’s successful inaugural year, nine projects have been thus far selected for support in 2019, a cohort co-curated by the Institute and Science Sandbox. The selected projects will receive non-recoupable grants, totaling $400,000, and access to Sundance Institute’s year round continuum of support, which can help address creative, financial and production issues. In addition to this tailored project support, the grantees will receive opportunities for engagement events where they can connect with Sundance’s network of alumni and creative advisors and Science Sandbox’s roster of renowned scientists, as well as enthusiastic audiences.

Tabitha Jackson, Sundance Institute Documentary Film Fund and Program Director, said, “The filmmaker and the scientist are both engaged in trying to understand the world. They use different methodologies but both share a sense of wonder; both seek to ask the right question and both need to be supported to carry out their work as part of an informed and progressive society. We are delighted by the breadth of cinematic language and the range of scientific endeavors that are represented in this partnership, which gets stronger every year.”

Greg Boustead, Director of Science Sandbox, said “There’s no one way to tell stories about science. This cohort of projects demonstrates the myriad ways scientific ideas can be transformed into relatable and inspiring narratives — whether through emotion, persuasion, edification, or provocation.”

Science Sandbox is an initiative of the Simons Foundation dedicated to inspiring a deeper interest in science, especially among those who don’t think of themselves as science enthusiasts. We support and collaborate with programs that unlock scientific thinking in everyone. Funded projects include media productions, informal education experiences, live science events and awareness campaigns. Our funding criteria reflect our belief in the positive effects of infusing the culture with scientific thinking. More info at sciencesandbox.org.

Sandbox Films is a mission-driven documentary studio that champions excellence in science storytelling. Through co-productions and co-financing opportunities, we collaborate with production partners and visionary filmmakers around the world to tell new stories about science. We seek to illuminate the pursuit of discovery, in all its beauty and sometimes messiness, with stories that humanize science in relatable ways for diverse points of view. Sandbox Films, LLC is a registered affiliate of the Simons Foundation. More info at sandboxfilms.org