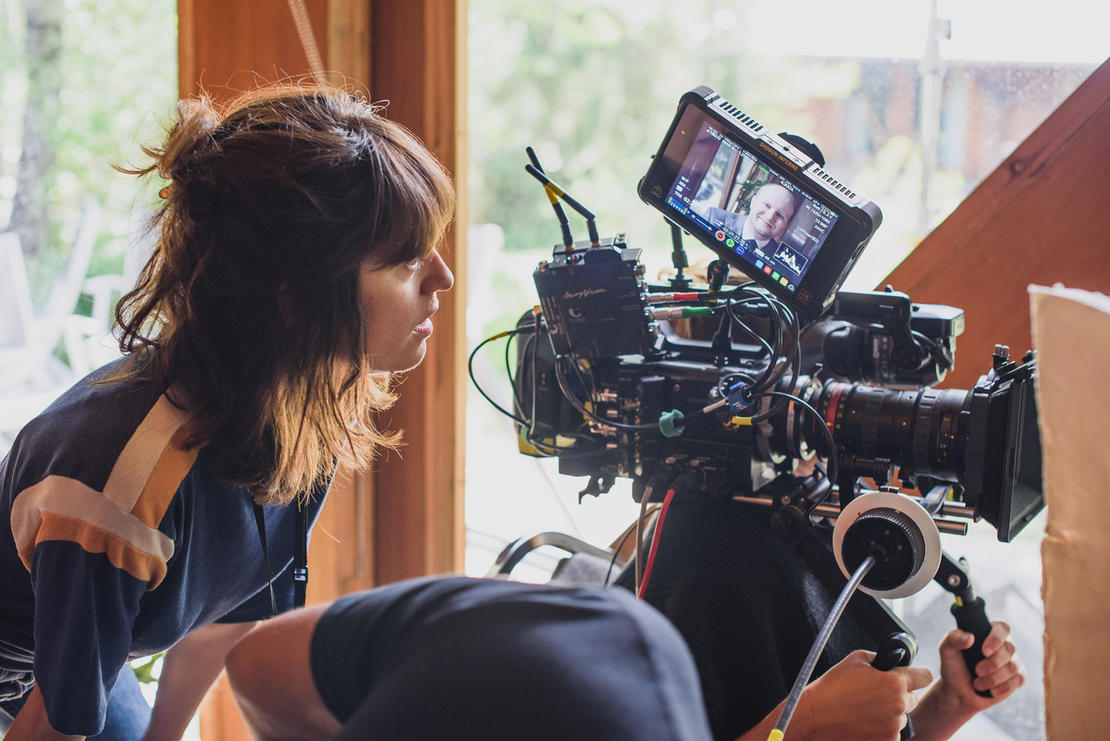 Los Angeles, CA — Filmmakers from the U.S., Lebanon, Palestine, and the United Kingdom have been selected for the 2019 Sundance Institute Directors and Screenwriters Labs, taking place at the Sundance Mountain Resort in Utah. At the Directors Lab (May 27-June 18), filmmakers will rehearse, shoot, and edit key scenes from their scripts, working in an immersive, hands-on environment with support from accomplished advisors to build their craft as directors and make key discoveries in collaboration with their actors and key crew. Immediately following, the Screenwriters Lab (June 20-24) provides the opportunity to process the insight gained from the Directors Lab through one-on-one story sessions with screenwriter advisors, and find inspiration and guidance for continued development of their screenplays.

Under the leadership of Feature Film Program Founding Director Michelle Satter and Labs Director Ilyse McKimmie, the Labs are part of a year-round continuum of customized support for Fellows, which can include creative mentorship, granting at critical stages, and strategic advice from program staff and industry professionals.

“We provide a pure workshop environment at our Lab which is a safe and generous space for developing new work,” said Satter. “This year’s cohort of artists from the U.S. and around the world will be supported as they push their boundaries and build their skills—amplifying their distinctive and singular voices within the Lab framework. The Labs are the centerpiece of our year round ecosystem of support for emerging artists.”

The 2019 Sundance Institute Directors Lab Projects and Fellows are:

The American Society of Magical Negroes (U.S.A.) / Kobi Libii (director and screenwriter): Omar, a young black man, is recruited into an undercover society of Magical Negroes who secretly conjure literal magic to make white people’s lives easier. Once he realizes they are using supernatural means to do the very thing he’s felt obligated to do his whole life, he attempts to buck the system and put his own dreams first.

Costa Brava Lebanon (Lebanon) / Mounia Akl (director and co-writer) and Clara Roquet (co-writer): The Badri family lives an idyllic life of isolation in the Lebanese mountains, far away from a country drowning in garbage and pollution. When the government decides to build a landfill right outside their house, tensions amongst the family members explode, revealing the rot was not only outside their home.

The Doubt (Palestine) / Ihab Jadallah (director and screenwriter): After 12 years in prison, Ibrahim finally returns home to his wife and a son he has never met. Although he desperately wants to rebuild his life and his bond with his family, he is plagued by doubt about the true nature of their relationships, throwing into question whether this family can survive.

El Otro Lado (The Other Side) (U.S.A.) / Barbara Cigarroa (director and screenwriter): Set in Brownsville, Texas, during the child migration crisis, Lucy, a low-income Mexican American teen, is confronted with her own need for escape when her father decides to sponsor two undocumented minors for money.

The Hater (U.S.A.) / Joey Ally (director and screenwriter): Dorothy Gale Rexford is fired for taking her liberal extremist views too far, and must retreat to her conservative Texas hometown where she learns that her Republican childhood bully is running for state congress. In this town, only Republicans can win, so obviously the only thing to do is go undercover and run against him as a Republican herself!

Pretty Red Dress (United Kingdom) / Dionne Edwards (director and screenwriter): South London, present day. Travis, a black man newly released from prison, returns to a turbulent home life with his longtime girlfriend Candice and their androgynous daughter Kenisha. The family’s precarious balance is sent spinning when they discover him cross-dressing, calling all of their relationships into question.

Story Ave. (U.S.A.) / Aristotle Torres (director and co-writer) and Bonsu Thompson (co-writer): After running away from guilt and grief, a teenage graffiti artist holds up an unsuspecting old man in a robbery gone right that changes both of their lives forever.

A Thousand and One Nights (U.S.A.) / A.V. Rockwell (director and screenwriter): An orphan with a mysterious past and the free-spirited hairdresser who takes him in embark on a search for identity and stability in a rapidly changing New York City.

Founded in 1981 by Robert Redford, Sundance Institute is a nonprofit organization that provides and preserves the space for artists in film, theatre, and media to create and thrive. The Institute’s signature Labs, granting, and mentorship programs, dedicated to developing new work, take place throughout the year in the U.S. and internationally. The Sundance Film Festival and other public programs connect audiences to artists in igniting new ideas, discovering original voices, and building a community dedicated to independent storytelling. Sundance Institute has supported such projects as Sorry to Bother You, Eighth Grade, Won’t You Be My Neighbor?, Hereditary, RBG, Call Me By Your Name, Get Out, The Big Sick, Top of the Lake, Winter’s Bone, Dear White People, Brooklyn, Little Miss Sunshine, 20 Feet From Stardom, Beasts of the Southern Wild, Fruitvale Station, I’m Poppy, America to Me, Leimert Park, Spring Awakening, A Gentleman’s Guide to Love and Murder and Fun Home. Join Sundance Institute on Facebook, Instagram, Twitter and YouTube.# # #