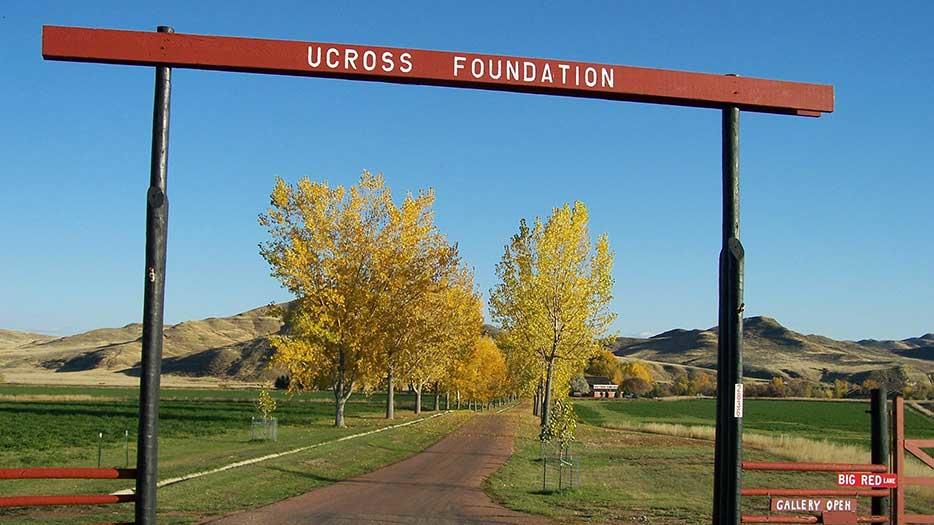 This year’s group of artists includes playwrights,composers, and cross-genre theater makers. At the residency, blocks
of solo creative time are augmented with organic, collaborative conversations where participants reflect on process
and the world in which they are creating new stories.

“This year’s global cohort of artists bring a broad array of divergent approaches and unique creative visions,
but are united by the artistry and craft evident in their compelling and timely work,” said
Philip Himberg, Artistic Director of Sundance Institute’s Theatre Program. “We are thrilled to be
able to bring this dynamic group of theatrical makers to the Ucross Foundation space.” Sundance Theatre Program’s
Literary Manager
Ignacia Delgado will be in attendance, managing the residency and providing hands-on feedback to artists as requested.

For the second year as part of a multi-year commitment to an exchange with artists from the Middle East and North Africa
to support and amplify the development of contemporary theatre from the region, the Institute welcomes Iraqi-British author
Hassan Abdulrazzak to the Ucross Residency. The Doris Duke Foundation for Islamic Art supports the presence of
MENA artists at Theatre Labs and Residencies.

The retreat is one of 25 residency Labs the Institute hosts each year for independent artists in theatre, film, new media
and episodic content, and is made possible through the generosity of the Ucross Foundation. Over 90 artists have benefitted
from time at Ucross Foundation with the Theatre Program in the last nineteen years, including Charlayne Woodard, Jeanine
Tesori, Doug Wright, Annie Baker, Adam Guettel, Branden Jacobs-Jenkins and Tanya Saracho.

The 2018 Sundance Institute Retreat at Ucross Foundation artists are:

Hassan Abdulrazzak’s plays include
Baghdad Wedding (Soho Theatre, 2007),
The Prophet (Gate theatre, 2012),
Love, Bombs and Apples (Arcola Theatre, 2016 and UK tour) and
And Here I Am (Arcola Theatre, 2017 and UK tour). He has contributed to several anthologies including
Iraq+100: Stories from a century after the invasion (Comma Press, 2016). He is the recipient of George Devine, Meyer-Whitworth
and Pearson theatre awards as well as the Arab British Centre Award for Culture.

C. A. Johnson’s plays include
Thirst,
The Climb,
All the Natalie Portmans,
An American Feast,
Mother Tongue and
Elroy Learns His Name. She’s an alumna of the Dramatists Guild Fellowship, The Civilians R&D Group, The
Lark’s 2016 Van Lier Fellowship, and the PlayPenn National Conference. She is a Core Writer at The Playwrights Center,
a member of The Working Farm at SPACE on Ryder Farm, and a Rita Goldberg Playwrights Workshop Fellow at The Lark.

Sylvan Oswald creates plays, texts, publications, and video. His most recent project,
High Winds, is an artists’ book co-created with graphic designer Jessica Fleischmann and published by X Artists’
Books, which he has adapted for performances at Abrons Arts Center and the LAX Festival produced by Los Angeles Performance
Practice. He is an assistant professor of playwriting at UCLA’s School of Theater, Film & Television and an alum
of New Dramatists.

Celine Song is a member of the Public Theater’s 2016-2017 Emerging Writers Group, a member of Ars Nova’s 2014-2015
Play Group, and Playwrights Realm’s 2017-2018 Writing Fellow. Her play
Endlings was a part of the Kilroys list 2017, and
Tom & Eliza was a semifinalist for the 2016 Relentless Award. She has been awarded residencies from: the Millay
Colony, the MacDowell Colony, Yaddo, and the Edward F. Albee Foundation. She holds an M.F.A. from Columbia.

Josh Wilder is a playwright from Philadelphia. His work has been developed and produced at various theaters including
The Fire This Time Festival, New York Theatre Workshop, Oregon Shakespeare Festival, The O’Neill National Playwrights Conference,
Kennedy Center, and Milwaukee Rep. His play
LEFTOVERS will be premiering this season at Boston’s Company One Theatre this July. Josh is MFA candidate in
Playwriting at Yale School of Drama.

Founded in 1981 by Robert Redford, Sundance Institute is a nonprofit organization that provides and preserves the space
for artists in film, theatre, and new media to create and thrive. The Institute’s signature Labs, granting, and mentorship
programs, dedicated to developing new work, take place throughout the year in the U.S. and internationally. The Sundance
Film Festival and other public programs connect audiences to artists in igniting new ideas, discovering original voices,
and building a community dedicated to independent storytelling. Sundance Institute has supported such projects as
Boyhood, Swiss Army Man, Manchester By the Sea, Brooklyn, Little Miss Sunshine, Life, Animated, Sonita, 20 Feet From Stardom,
Beasts of the Southern Wild,
Fruitvale Station,
Sin Nombre,
Spring Awakening,
A Gentleman’s Guide to Love and Murder and
Fun Home. Join
Sundance Institute on
Facebook,
Instagram,
Twitter and
YouTube.

Founded in 1981 by Raymond Plank, Ucross Foundation is a nonprofit organization that operates an internationally
known retreat for visual artists, writers, composers, and choreographers. Located on a 20,000-acre cattle ranch in northeastern
Wyoming, Ucross provides living accommodations, studio space, uninterrupted time and the experience of the extraordinary
High Plains landscape to competitively selected individuals. Ucross supports individuals whose work reflects innovative
thinking, a depth of creative exploration, and the potential for significant future accomplishments. A number of residents
have won recognition such as the Pulitzer Prize, Tony Award, National Book Award, MacArthur Fellowship, Guggenheim Fellowship,
USA Artist Fellowship and many other honors. Through its Residency Program, art gallery, and associated activities, Ucross
Foundation actively seeks to support an appreciation for vibrant human creativity and aims to cast a reflection into the
future from the cultural mirror of our lives and times.