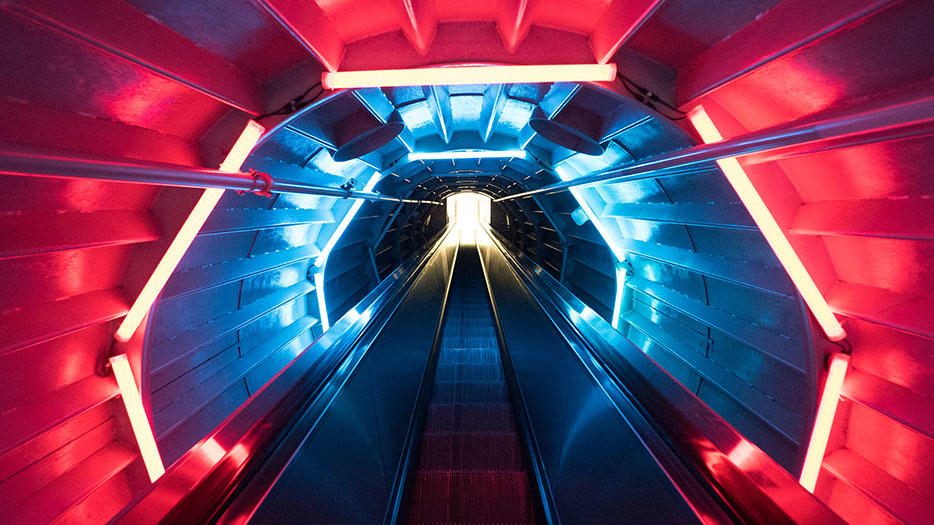 Park City — Sundance Institute, in collaboration with Science Sandbox, an initiative of the Simons
Foundation, announced the inaugural five filmmakers and projects being supported by the Science Sandbox Nonfiction
Initiative, a new program aiding innovative artists in creating science-focused works and in connecting those
projects with audiences. The program aims to elevate the voices of independent artists who are working at the
intersection of science and nonfiction storytelling, encourage critical thinking, promote educated discourse and
highlight the overlap of science and art.

The five selected artists will receive non-recoupable grants and access to Sundance Institute’s year round
continuum of support, which can help address creative, financial and production issues. In addition to this tailored
project support, the grantees will receive opportunities for engagement events where they can connect with
Sundance’s network of alumni and creative advisors and Science Sandbox’s roster of renowned scientists,
as well as enthusiastic audiences.

Hajnal Molnar-Szakacs, Sundance Institute Documentary Film Fund Director, said, “We’re
proud to spotlight these innovators, and can’t wait to see where the creative, multidisciplinary melding of
arts and science takes their work. This initiative’s meaningful support is especially crucial in a time
when both independent storytelling and scientific thinking need to be championed.”

The five grantees selected for support in the pilot year of this program include one artist and four projects at
various stages of production and audience engagement.
Theo Anthony, a writer, photographer and
filmmaker, was awarded the artist grant to support his creative process. The recipients of the project grants are
The
Most Unknown
, directed by Ian Cheney, which connects nine scientists through a chain of
encounters which explore some of humanity’s biggest unanswered questions;
The Quiet Zone,directed by
Katie DellaMaggiore, which explores the only town in America where cell phones and all wireless
technology are banned;
Untitled Artificial Intelligence Documentary, directed by Shalini
Kantayya
, which examines the bias programmed into computer algorithms and how they affect our civil
liberties; and
Inventing Tomorrow, directed by Laura Nix, which tells the stories of
teenage scientists across the globe working to solve our most pressing environmental challenges. More in-depth
summaries of the grantees appear below.

Theo Anthony
Theo Anthony is a writer, photographer, and filmmaker based in Baltimore, MD. In 2015, he was named one of Filmmaker
Magazine’s “25 New Faces of Independent Film”. His first feature,
Rat Film, was released
in 2017 to critical acclaim, with Richard Brody of the New Yorker calling it “one of the most extraordinary,
visionary inspirations in the recent cinema”. In 2018, he was named a Sundance Art of Non-Fiction Fellow and is
currently in post-production on his second documentary feature,
All Light, Everywhere.

Inventing Tomorrow
Director: Laura Nix
Producers: Diane Becker, Melanie Miller, Laura Nix
Meet passionate teenage innovators from around the globe who are creating cutting-edge solutions to confront the
world’s environmental threats – found right in their own backyards – while navigating the doubts and
insecurities that mark adolescence. Take a journey with these inspiring teens as they prepare their projects for the
largest convening of high school scientists in the world, the Intel International Science and Engineering Fair
(ISEF), a program of the Society for Science & the Public.

The Most Unknown
Director and Producer: Ian Cheney
The Most Unknown connects nine scientists in a chain of encounters around the world to explore some of
humanity’s biggest unanswered questions.

The Quiet Zone
Director: Katie DellaMaggiore
Producer: Nelson DellaMaggiore, Tracie Holder
Welcome to Green Bank, West Virginia, the only town in America where, by federal decree, the use of cell phones, WiFi
and other wireless technology is banned. Ironically, Green Bank is also home to one of the world’s most
powerful radio telescopes, a place where astronomers search for clues to unlock the mysteries of our galaxy.
The
Quiet Zone
follows this close-knit community whose 143 residents live with one foot in two worlds, past &
present, at the very moment when the telescope — the town’s economic engine — is threatened with closure.

Sundance Institute
Founded in 1981 by Robert Redford, Sundance Institute is a nonprofit organization that provides and preserves the
space for artists in film, theatre, and new media to create and thrive. The Institute’s signature Labs, granting, and
mentorship programs, dedicated to developing new work, take place throughout the year in the U.S. and
internationally. The Sundance Film Festival and other public programs connect audiences to artists in igniting new
ideas, discovering original voices, and building a community dedicated to independent storytelling. Sundance
Institute has supported such projects as
Mudbound, Get Out, The Big Sick, Strong Island, Blackfish, Top of the
Lake, Winter’s Bone, The Wolfpack, Dear White People, Trapped, Brooklyn, Little Miss Sunshine, 20 Feet From
Stardom, Beasts of the Southern Wild
, Fruitvale Station, Spring Awakening, A
Gentleman’s Guide to Love and Murder
and Fun Home. Join
Sundance Institute on Facebook,
Instagram, Twitter and
YouTube.

Science Sandbox
Science Sandbox is dedicated to inspiring a deeper interest in science, especially among those who don’t think
of themselves as science enthusiasts. We support and collaborate with programs that unlock scientific thinking in
everyone. Our partnerships invite a wide audience to engage in the scientific process — a process defined by
curiosity, contingent upon asking questions, and informed by reliable evidence — to find solutions to everyday
problems. Funded projects include film and other media productions, informal education experiences, live science
events and awareness campaigns. Our funding criteria reflect our belief in the positive effects of infusing the
culture with scientific thinking. We seek grantees who bring science to the people, tell science stories in
innovative ways, and make science relevant to everyday life. Science Sandbox is an initiative of the Simons
Foundation.