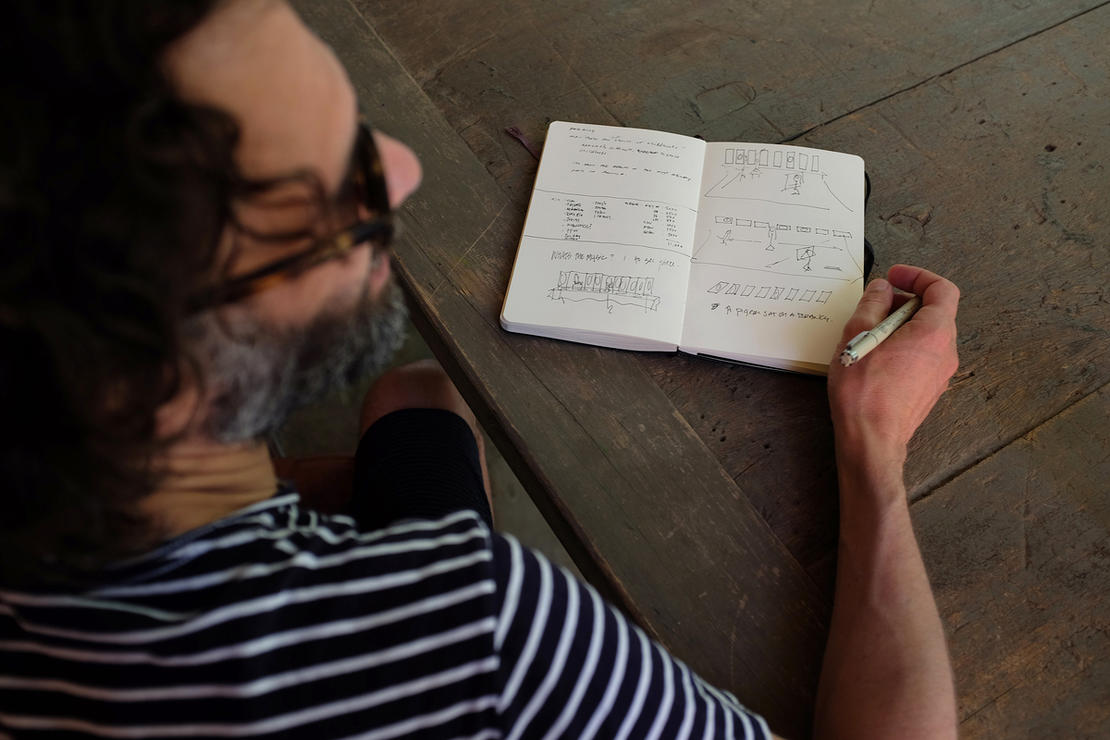 Los Angeles, CA — Sundance Institute today announced the five directors who will gather at the annual Sundance
Institute | Luma Foundation Theatre Directors Retreat in Arles, France, from July 12-23, 2018. The Retreat was developed
in 2013 as an opportunity for mid-career directors to meet, work on upcoming projects and to share ideas and practices
across borders.

“This unique collaboration between the Institute and the Luma Foundation reflects our shared values around artist support,”
said
Philip Himberg, the Theatre Program’s Artistic Director, “Specifically, we create a space for attendees
to reconnect with their creative impulses, and for the Fellows to connect with one another across cultural borders as colleagues
and world artist citizens.”

In addition to organized confabs and unstructured work time, the group will participate in cultural outings — including
a performance of Theatre Lab alumnus
Ali Chahrour‘s
May He Rise and Smell the Fragrance at the
Festival d’Avignon, exhibitions at the
Rencontres d’Arles and the
Vincent Van Gogh Fondation Arles as well as an excursion to the Camargue’s
Tour du Valat.

Omar Abi Azar is a theatre director and founding member of Zoukak Theatre Company. He was the dramaturge and director
of several of Zoukak’s performances. Since 2008, Omar leads psychosocial interventions with Zoukak, targeting various
communities in different regions of Lebanon and abroad (in Serbia and in Calais’ Migrants’ Camp, France); giving
drama-therapy workshops and creating collective performances with various groups. He co-curates “Zoukak Sidewalks”
an international platform of performance, and “Focus Liban” a showcase of the work of local artists in Lebanon.

Lina Abyad is a stage director, actress and an Associate Professor at the Lebanese American University. Her plays
are eclectic. Several themes haunt her stage: the Lebanese Civil War, women, Palestine and Arab dictatorships. The theatre
she creates is socially and politically engaged with highly controversial and crucial issues for the Middle Eastern region.

Oliver Butler is a co-Artistic Director of The Debate Society with whom he has co-created and directed 9 full
length plays since 2004 including
The Light Years which was developed with the help of the Sundance Institute Theatre Program. He has worked on new
plays with Jordan Harrison, Will Eno, Daniel Goldfarb, Lally Katz and Christopher Shinn and is currently working on upcoming
plays by Heidi Schreck, Itamar Moses and Will Eno. He is a Bill Foeller Fellow, Sundance Institute Fellow and Obie Award
Winner.

Leah C. Gardiner is an Obie Award-winning stage and film director known for the “incisive clarity”
(The New York Times) of her work with physicality and text. Her work, ranging from Pulitzer-finalist new plays to Shakespeare
to musicals, has been seen across the U.S. and in England and Japan.

Loretta Greco has just completed her tenth season as Magic Theater’s Artistic Director where she’s
proud to have developed and premiered Taylor Mac’s
Hir, Mfoniso Udofia’s
rungboyrun and to have directed the premieres of Barbara Hammond’s
Eva Trilogy; Jessica Hagedorn’s
Gangster of Love, Han Ong’s
Grandeur, and Luis Alfaro’s
Oedipus el Rey among many others. New York credits include:
The Story,
Two Sisters and a Piano and
Lackawanna Blues at the Public; and
A Park in our House at NYTW.

In 2004, Maja Hoffmann created the Luma Foundation in Switzerland to support the activities of artists, independent pioneers,
and organizations working in the visual and performing arts, photography, publishing, documentary filmmaking, and multimedia.
Envisioned as a production tool for Hoffmann’s multi-faceted ventures, the Luma Foundation produces, supports, and enables
challenging art projects committed to an expansive understanding of environmental issues, human rights, education, and
culture.