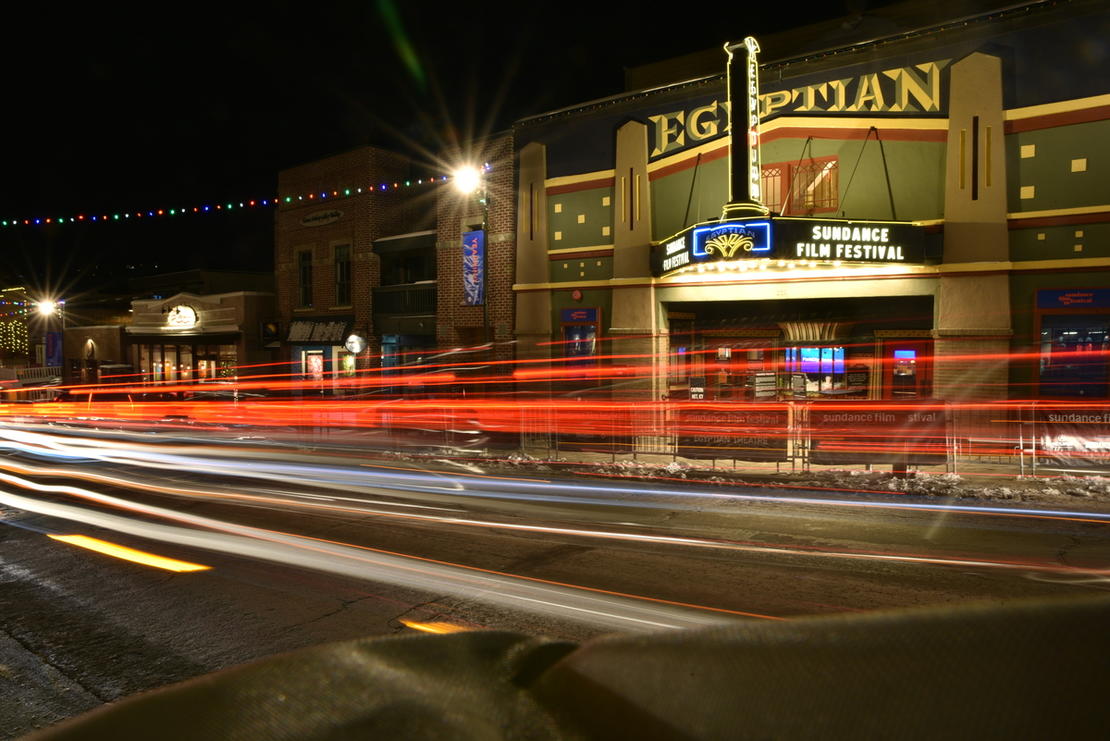 Park City, Utah — The nonprofit Sundance Institute today announced that its 2018 Sundance Film Festival, which
took place in Park City, Salt Lake City and Sundance, Utah in January, generated a total economic impact of $191.6 million.
These numbers come from an independent
economic impact study conducted by
Y² Analytics, which utilized the methodology and expanded upon the technology introduced last year to give a more holistic
picture of the Festival’s impact on the state of Utah’s economy than has previously been available. A new venue
and an expanded section dedicated to episodic work additionally contributed to the record amount. This total is in addition
to the economic impact of Sundance Institute’s year round Utah-based programs, such as the Filmmaker Labs and Summer
Film Series.

“More than ever, the people of Utah and our business community appreciate the unique benefits provided by the Sundance
Film Festival,” said
Governor Gary Herbert. “We look forward to our ongoing work together and the positive collaboration between
Sundance Institute and the State.”

“It is apparent that the Sundance Film Festival continues to have an expanding impact on Utah’s vibrant and diverse
economy,” said
Speaker of the House Greg Hughes. “In addition to the obvious economic benefits, our ongoing collaboration
with Sundance Institute highlights the exceptional cultural, recreational, tourism and business opportunities available
here in Utah.”

“Each year the full extent of the economic benefits of the arts has become more apparent, and we’re very proud
of the role Sundance Institute and our Festival have played in demonstrating these benefits and bringing them to Utah,”
said
Betsy Wallace, CFO and Managing Director of the Institute. “We’re grateful for all of the continued support
we receive and to be able to showcase all that Utah has to offer to audiences around the world.”

Through expanded use of technology, this year’s economic impact report was able to give a fuller picture of the
attendance of the Festival, including attendees who come to the Festival for a single day, a group which in the past had
been difficult to track. With this expanded technology, it was determined that this year’s Festival attracted an
all-time high of at least 124,900 attendees. Of that total, the Festival brought in 45,000 out-of-state visitors (an approximate
increase of 7,500 people from 2017) and over 1,000 international visitors from at least 26 countries. 20 percent of out-of-state
attendees indicated this was their first visit to Utah and 89 percent said they would likely visit Utah again within the
next year – highlighting the added tourism benefits the Festival brings, which extend throughout the year.

Per-person spending for out-of-town visitors averaged $3,518 with a median stay of five days. Lodging continues to be the
largest expense for out-of-state visitors, and generated a total of $62.6 million in attendee spending. The second largest
expense was in recreation and entertainment with $49.9 million total attendee spending generated. Efforts to mitigate traffic
and congestion through all Festival venues, undertaken in conjunction with state and local agencies, contributed to a $20.1
million dollar spend in transportation methods.

This year Sundance Institute introduced its brand new, state-of-the-art theatre, The Ray. The 500-seat, custom built space,
featuring a Dolby Atmos sound system, allowed for an additional 17,349 seats to be filled by movie-goers during the Festival,
as well as easier access to the groundbreaking New Frontier VR section. Also new this year was the Indie Episodic section
in the Festival program, which featured stories from independent perspectives told over multiple installments. This addition,
which evolved from Sundance’s Episodic Lab and the tradition of showing episodic work in the Special Events section,
was the Festival’s first new film section since 2014 and gave attendees even more opportunities to interact with
different forms of independent storytelling.

Bringing Utah Around the World

The Institute helps shine an international spotlight on Utah by attracting top-tier cultural attention for its programming
and proactively securing diverse, global media interest. Between the announcement of the film program in late November
2017 through wrap-up articles in early 2018, the Festival generated more than 62,000 stories in print, online and on television,
15% higher than the previous year. Publicity value around the Festival has increased significantly over the last few years,
totaling $93.2 million this year, a $2.3 million increase over last year and an 11% increase over the Festival’s
5-year average. Over 1,050 press were accredited to attend and cover the Festival from 28 different countries, including
Argentina, Australia, Brazil, Canada, Colombia, Czech Republic, France, Germany, Italy, Luxembourg, Mexico, Poland, Romania,
Russia, South Korea, Spain, Sweden, Switzerland, the United Arab Emirates, United Kingdom and Venezuela.

The Institute’s social media and website continue to expand their reach, connecting with new audiences around the world.
The Festival now has over 2.3 million fans and followers across Facebook, Twitter, Instagram, YouTube and Tumblr. During
the Festival there were over 42 million impressions on Facebook, Instagram, Twitter and Snapchat alone. Additionally, from
November 29, 2017 to March 9, 2018, the Institute’s website, Sundance.org, had approximately 6 million page views
and 1.1 million unique visitors from 187 countries. Top countries outside the United States included the United Kingdom,
Canada and France.

Attendance estimate data was provided by Blyncsy, a Utah-based company which assigned anonymous ID numbers to each unique
cell phone found at a Festival venue. From these attendance numbers, total visitor spending was calculated by combining
the number of visitors with information from online and intercept surveys where attendees reported on how much they had
spent during the Festival. From total visitor spending, total economic impact was derived by applying the latest (2015)
RIMS II economic multipliers produced by the U.S. Bureau of Economic Analysis. These multipliers capture how much additional
spending is induced by the Festival. The RIMS II model also estimates the effect of the Festival on earnings in the state
and the number of jobs produced. Additionally, the Y² Analytics team conducted three surveys, using Systematic Random Sampling
techniques, to determine spending among Festival attendees.

The Sundance Film Festival has introduced global audiences to some of the most groundbreaking films of the past three
decades, including
Boyhood,
Beasts of the Southern Wild,
Fruitvale Station,
Whiplash,
Brooklyn,
Twenty Feet from Stardom,
Life Itself,
The Cove,
The End of the Tour,
Blackfish,
Me and Earl and the Dying Girl,
Dope,
Little Miss Sunshine,
sex, lies, and videotape,
Reservoir Dogs,
Hedwig and the Angry Inch,
An Inconvenient Truth,
Precious and
Napoleon Dynamite. The Festival is a program of the non-profit Sundance Institute®. The Festival is a program of the
non-profit Sundance Institute®. 2018 Festival sponsors include: Presenting Sponsors – Acura, SundanceTV, and Chase Sapphire®;
Leadership Sponsors – Adobe, Amazon Studios, AT&T, DIRECTV, Dropbox, Omnicom, Stella Artois® and YouTube; Sustaining
Sponsors – Canada Goose, Canon U.S.A., Inc., Dell, Francis Ford Coppola Winery, GEICO, Google Pixel 2, Grey Goose Vodka,
High West Distillery, IMDbPro, Lyft, Unity Technologies and the University of Utah Health; Media Sponsors – Los Angeles
Times, The New York Times and Variety. Sundance Institute recognizes critical support from the Utah Governor’s Office of
Economic Development, and the State of Utah as Festival Host State. The support of these organizations helps offset the
Festival’s costs and sustain the Institute’s year-round programs for independent artists. Look for the Official Partner
seal at their venues at the Festival.
sundance.org/festival