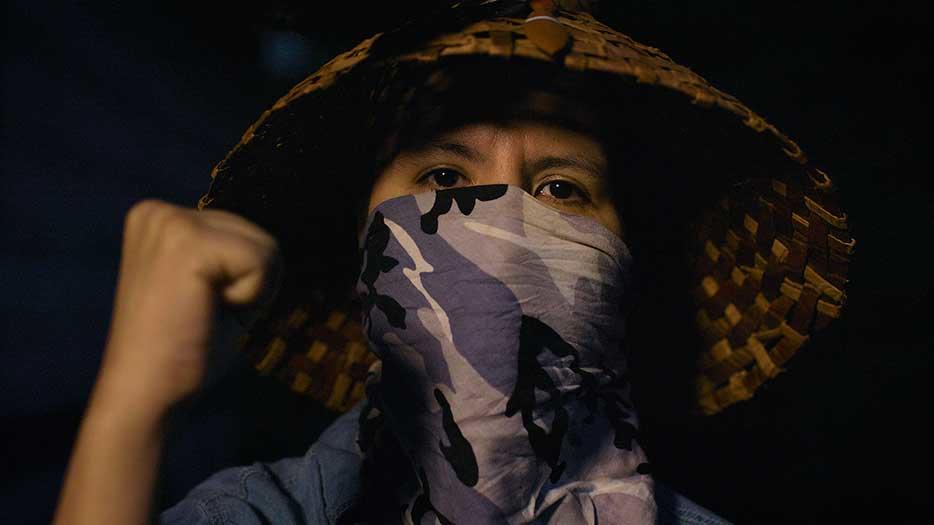 RuPaul will convene a retrospective of VH1’s Emmy-winning “RuPaul’s Drag Race” on the heels of its 10th season, and host
a panel with executive producers and Sundance Film Festival veterans Randy Barbato and Fenton Bailey, along with Tom Campbell
and Pamela Post, senior vice president of Original Programming for MTV, VH1 and Logo. RuPaul will also serve as the Festival’s
inaugural and sole NEXT Innovator Award juror, and will present the NEXT Innovator Award to his favorite film in that category,
which showcases pure, bold works distinguished by innovative, forward-thinking approaches to storytelling.

Other additions to the program include features
Akicita: The Battle of Standing Rock, Hereditary, Lords of Chaos, The Long Dumb Road, Private Life, You Were Never Really
Here
and
Sweet Country and New Frontier work
Isle of Dogs
Behind the Scenes (in Virtual Reality).
Hearts Beat Loud, a feature announced earlier in the Premieres section, is now confirmed as a Closing Night Film.

These latest additions are joined by archive film
Smoke Signals, which premiered at the Sundance Film Festival in 1998, and a selection of early work by filmmaker Todd
Haynes, whose feature film directorial debut
Poison won the Grand Jury Prize at the 1991 Sundance Film Festival. The archive films are selections from the Sundance
Institute Collection at UCLA, a partnership between UCLA Film & Television Archive and Sundance Institute. Established
in 1997, the Collection is devoted to the preservation of independent documentaries, narratives, and short films supported
by Sundance Institute. The Collection has grown to over 4,000 holdings representing nearly 2,300 titles and preservation
efforts have brought renewed attention to films such as
Hoop Dreams,
Desert Hearts,
Reservoir Dogs,
River of Grass,
Walking and Talking,
Paris is Burning, El Mariachi and
Paris, Texas. Titles are generously donated by individual filmmakers, distributors and studios.

For the 2018 Festival, 121 feature-length films were selected, representing 29 countries and 53 first-time filmmakers, including
30 in competition. These films were selected from 13,468 submissions including 3,901 feature-length films and 8,740 short
films. Of the feature film submissions, 1,799 were from the U.S. and 2,102 were international. One hundred and eight feature
films at the Festival will be world premieres. In 2017, the Festival drew 71,638 attendees, generated $151.5 million in
economic activity for the state of Utah and supported 2,778 local jobs.

The latest additions to the 2018 Sundance Film Festival Program are:


An Evening with Todd Haynes
/ In the thirty years since he burst onto the indie scene, Todd Haynes has established himself as one of most distinctive
voices in American cinema. A special conversation with Haynes and longtime collaborator, producer Christine Vachon, explores
Haynes’ early work, including clips from notable, recently restored gems.


Isle of Dogs Behind the Scenes (in Virtual Reality)
/ (Lead Artists: A collaboration between Felix Lajeunesse & Paul Raphael and the Isle of Dogs production team) — This
virtual reality experience places the viewer inside the miniature world of Wes Anderson’s upcoming stop-motion animated
film, face to face with the cast of dogs as they are interviewed on set, while the crew of the film works around you to
create the animation you are seeing.
Cast: A selection of actors from the cast of Isle of Dogs.


You Were Never Really Here
/ U.S.A. (Director and screenwriter: Lynne Ramsay, Producers: Pascal Caucheteux, Rosa Attab, James Wilson, Rebecca O’Brien,
Lynne Ramsay) — A traumatized veteran, unafraid of violence, tracks down missing girls for a living. When a job spins out
of control, Joe’s nightmares overtake him as a conspiracy is uncovered leading to what may be his death trip or his awakening.
Based upon the novel by Jonathan Ames. Cast: Joaquin Phoenix, Alessandro Nivola, Judith Roberts, Ekaterina Samsonov, John Doman, Alex Manette. North American Premiere

The Sundance Film Festival has introduced global audiences to some of the most groundbreaking films of the past three decades,
including
Boyhood,
Beasts of the Southern Wild,
Fruitvale Station,
Whiplash,
Brooklyn,
Twenty Feet from Stardom,
Life Itself,
The Cove,
The End of the Tour,
Blackfish,
Me and Earl and the Dying Girl,
Super Size Me,
Dope,
Little Miss Sunshine,
sex, lies, and videotape,
Reservoir Dogs,
Hedwig and the Angry Inch,
An Inconvenient Truth,
Precious and
Napoleon Dynamite. The Festival is a program of the non-profit Sundance Institute®. 2017 Festival sponsors include:
Presenting Sponsors – Acura, SundanceTV, and Chase Sapphire®; Leadership Sponsors – Adobe, Amazon Studios, AT&T, DIRECTV,
Dropbox, Omnicom, Stella Artois® and YouTube; Sustaining Sponsors – Canada Goose, Canon U.S.A., Inc., Dell, Francis Ford
Coppola Winery, GEICO, Grey Goose Vodka, High West Distillery, IMDbPro, Lyft, Unity Technologies and the University of Utah
Health; Media Sponsors –
Los Angeles Times,
The New York Times and
Variety. Sundance Institute recognizes critical support from the Utah Governor’s Office of Economic Development, and
the State of Utah as Festival Host State. The support of these organizations helps offset the Festival’s costs and sustain
the Institute’s year-round programs for independent artists. Look for the Official Sponsor seal at their venues at the Festival.
sundance.org/festival

Founded in 1981 by Robert Redford, Sundance Institute is a nonprofit organization that provides and preserves the space
for artists in film, theatre, and new media to create and thrive. The Institute’s signature Labs, granting, and mentorship
programs , dedicated to developing new work, take place throughout the year in the U.S. and internationally. The Sundance
Film Festival and other public programs connect audiences to artists in igniting new ideas, discovering original voices,
and building a community dedicated to independent storytelling. Sundance Institute has supported such projects as
Boyhood, Swiss Army Man, Manchester By the Sea, Brooklyn, Little Miss Sunshine, Life, Animated, Sonita, 20 Feet From Stardom,
Beasts of the Southern Wild
,
Fruitvale Station,
Sin Nombre, Spring Awakening,
A Gentleman’s Guide to Love and Murder and
Fun Home. Join
Sundance Institute on
Facebook,
Instagram,
Twitter and
YouTube.