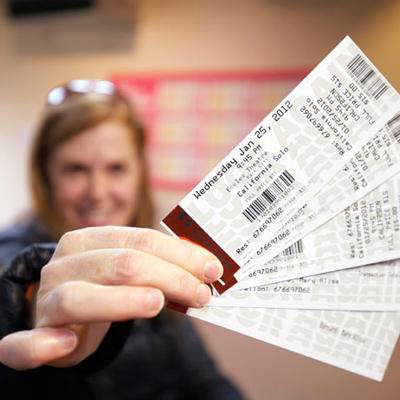 Park City, UT — Sundance Institute will once again offer exclusive events and priority pass and ticket availability for the approximately 15,000 Utahns who attend the Sundance Film Festival® each year. Additionally, the Institute announced today the Grand Theatre at Salt Lake Community College’s Center for Arts & Media as its newest Salt Lake City screening venue and that it will offer a new Grand Pass for Utah residents. With the addition of the Grand Theatre, Salt Lake City will see an increase of 20,000 seats over the course of the 2015 Sundance Film Festival, January 22 through February 1.

Sarah Pearce, Sundance Institute Co-Managing Director said, “We are thrilled to add The Grand Theatre and increase ticket availability for independent film lovers in Salt Lake City. Plus, we are excited to work with Salt Lake Community College and engage with university audiences during the Sundance Film Festival.”

Volunteer at the Sundance Film Festival
Every year, Sundance Institute selects more than 1,800 volunteers – more than half of whom live in Utah – to help create a global platform for independent film. Volunteers assist in all areas of the Festival, from theatre entrances to shuttle stops. Local, insider knowledge is always helpful, and of course, there are exciting benefits such as being among the first to see the best new independent films. With the addition of the Grand Theater, Sundance Institute is seeking more volunteers from the Salt Lake City area. Applications are now being accepted at sundance.org/volunteer.

The Sundance Film Festival®
The Sundance Film Festival has introduced global audiences to some of the most groundbreaking films of the past three decades, including Whiplash, Boyhood, Rich Hill, Beasts of the Southern Wild, Fruitvale Station, Little Miss Sunshine, sex, lies, and videotape, Reservoir Dogs, Hedwig and the Angry Inch, An Inconvenient Truth, Precious and Napoleon Dynamite, and through its New Frontier initiative has showcased groundbreaking media works by artists and creative technologists including Chris Milk, Doug Aitken, Palmer Luckey, Klip Collective and Nonny de la Pena. The Festival is a program of the non-profit Sundance Institute®. 2015 Festival sponsors to date include: Presenting Sponsors – HP, Acura, SundanceTV and Chase Sapphire Preferred®; Leadership Sponsors – DIRECTV and Southwest Airlines; Sustaining Sponsors – Canada Goose, Omnicom, and Stella Artois®. Sundance Institute recognizes critical support from the Utah Governor’s Office of Economic Development, and the State of Utah as Festival Host State. The support of these organizations helps offset the Festival’s costs and sustain the Institute’s year-round programs for independent artists. sundance.org/festival

The Grand Theatre
The Grand Theatre is a 1,100-seat venue located at Salt Lake Community College’s historic South City Campus, home of the innovative and state-of-the-industry Center for Arts and Media at 1575 South State Street in Salt Lake City. The Grand dates to the 1930s when it was part of South High School, which SLCC purchased in 1989. The theatre, with great care and expense, has retained its Depression-era charm and attraction while also incorporating the latest technology in lighting and sound. Every season the Grand is host to award-winning theatre and dance productions and concerts that attract arts enthusiasts from all along the Wasatch Front. Students and faculty in the arts at SLCC’s South City Campus now enjoy and, as a result, excel from having access to the Grand’s classic look and feel and the Center for Arts and Media all in one place.