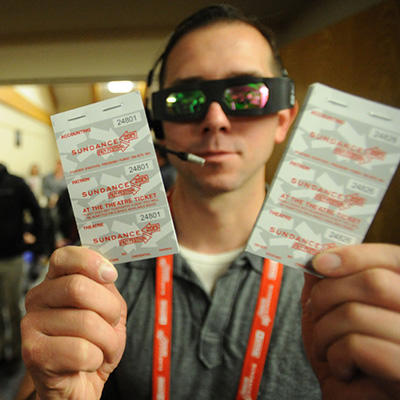 Free Best of Fest Screenings for Utah residents
Sundance Institute presents complimentary screenings of an award-winning film to locals on January 27, 2014.  Locals must bring a valid Utah Driver’s License or Utah State ID to pick up these free tickets in person at any main box office in Ogden, Park City, Salt Lake City and Sundance Resort on January 11, 2014.

Volunteer at the Sundance Film Festival
Every year, Sundance Institute selects more than 1,800 volunteers – more than half of whom live in Utah – to help create a global platform for independent film. Volunteers assist in all areas of the Festival—from theatre entrances to shuttle stops. Local, insider knowledge is always helpful, and of course, there are exciting benefits such as being among the first to see the best new independent films. Applications are now being accepted at http://www.sundance.org/volunteer.

The Sundance Film Festival®
Celebrating its 30th anniversary in 2014, the Festival has introduced global audiences to some of the most groundbreaking films of the past three decades, including Beasts of the Southern Wild, Fruitvale Station, Little Miss Sunshine, An Education, sex, lies, and videotape, Reservoir Dogs, The Cove, Hedwig and the Angry Inch, An Inconvenient Truth, Precious, and Napoleon Dynamite, and through its New Frontier initiative, has showcased the cinematic works of media artists including Isaac Julien, Doug Aitken, Pierre Huyghe, Jennifer Steinkamp, and Matthew Barney. Sundance Institute recognizes critical support from the Utah Governor’s Office of Economic Development, and the State of Utah as Festival Host State. The Festival is a program of the non-profit Sundance Institute®. www.sundance.org/festival