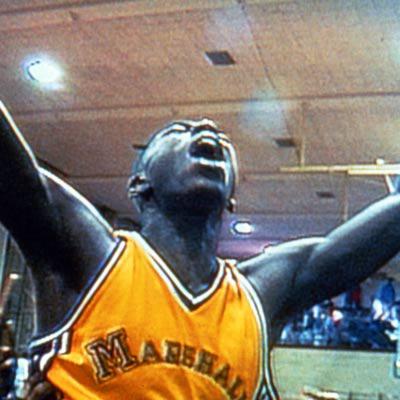 Park City, UT — Sundance Institute today announced that the newly restored Hoop Dreams (1994) will screen in the From the Collection program at the 2014 Sundance Film Festival, 20 years after the film made its world premiere at the 1994 Festival. The recently completed restoration represents the collaborative effort of Sundance Institute, UCLA Film & Television Archive, the Academy Film Archive and Kartemquin Films. Filmmakers Steve James, Peter Gilbert and Frederick Marx and subject Arthur Agee are expected to participate in an extended Q&A immediately following the January 20 screening. The 2014 Festival will be January 16-26 in Park City, Salt Lake City, Ogden and Sundance, Utah.

“Hoop Dreams completely changed the way we experience documentary films and the stories they tell. And that profound impact is still being felt 20 years later,” said John Nein, Senior Programmer for the Sundance Film Festival. “People assume that these seminal films will stay safe on their own, when in fact we really need to take a proactive approach to safeguarding them. We are proud to be part of the film’s history and, through its restoration, its future as well.”

Filmed over five years, with unprecedented access, Hoop Dreams, directed by Steve James, chronicles the lives of Arthur Agee and William Gates, two inner-city teenagers from Chicago. Through their skills on the basketball court they struggle to escape their surroundings and realize their dreams of making it to the NBA. It won the Audience Award for Best Documentary at the 1994 Sundance Film Festival. Despite its length (171 minutes) and unlikely commercial prospects, it received high critical and popular acclaim, became an Academy Award nominee for Best Film Editing and was added to the Library of Congress’ National Film Registry in 2005

The late Roger Ebert was famously an early advocate for this film and said in an October 1994 review, “A film like Hoop Dreams is what the movies are for. It takes us, shakes us, and make us think in new ways about the world around us. It gives us the impression of having touched life itself… It is one of the great movie-going experiences of my lifetime.”

Hoop Dreams was shot primarily on analog Beta SP videotape, so the image was cropped and transferred for its commercial release. Working from multiple elements, including standard definition video masters and a 35mm film print, the project team created a new uncropped, high definition digital master that better represents the pictorial quality of the original videography. Digitally remastered at Modern VideoFilm with sound restoration by Audio Mechanics, this version allows future audiences to see the film as conceived by its filmmakers.

The Sundance Collection at UCLA (The Collection) is a film preservation partnership established in 1997. The Collection is specifically devoted to the preservation of independent documentaries, narratives and short films supported by Sundance Institute and has grown to nearly 2,300 holdings representing 1,800 titles, including recent additions such as El Mariachi, Winter’s Bone, Paris is Burning, Johnny Suede, Working Girls, Crumb, Groove, Better This World, The Oath and Paris, Texas. Titles are generously donated by individual filmmakers, distributors and studios.

The Sundance Film Festival®
Celebrating its 30th anniversary in 2014, the Festival has introduced global audiences to some of the most groundbreaking films of the past three decades, including Beasts of the Southern Wild, Fruitvale Station, Little Miss Sunshine, An Education, sex, lies, and videotape, Reservoir Dogs, The Cove, Hedwig and the Angry Inch, An Inconvenient Truth, Precious, and Napoleon Dynamite, and through its New Frontier initiative, has showcased the cinematic works of media artists including Isaac Julien, Doug Aitken, Pierre Huyghe, Jennifer Steinkamp, and Matthew Barney. The Festival is a program of the non-profit Sundance Institute®. 2014 Festival sponsors to date include: Presenting Sponsors – HP, Acura, Sundance Channel and Chase Sapphire Preferred®; Leadership Sponsors – DIRECTV, Entertainment Weekly, LensCrafters, Southwest Airlines, Sprint and YouTube; Sustaining Sponsors – Canada Goose, FilterForGood®, a partnership between Brita® and Nalgene®, Hilton HHonors and Waldorf Astoria Hotels & Resorts, Ketel One Vodka, L’Oréal Paris, MorningStar Farms®, Omnicom, Stella Artois® and Time Warner Inc. Sundance Institute recognizes critical support from the Utah Governor’s Office of Economic Development, and the State of Utah as Festival Host State. The support of these organizations helps offset the Festival’s costs and sustain the Institute’s year-round programs for independent film and theatre artists. www.sundance.org/festival

Images (for press use only) can be accessed at www.sundance.org/images.