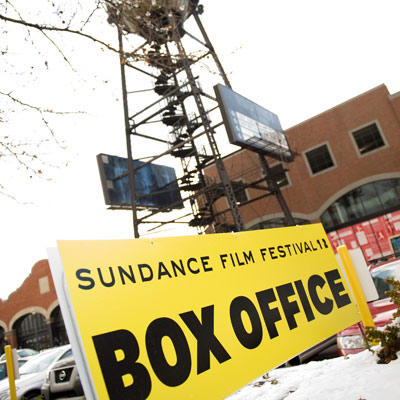 From tomorrow (November 6) through December 17 at 5:00 p.m. MT locals may register at www.sundance.org/tickets to receive a randomly assigned timeslot January 5-6 to purchase individual tickets for the Festival. New this year, the Locals individual ticketing process will take place online rather than in person at the Park City and Salt Lake City Box Offices. Timeslots are randomly assigned to best accommodate the volume of requests for tickets.

Key dates for Utah residents to remember when purchasing individual tickets are:

The Sundance Film Festival
A program of the non-profit Sundance Institute, the Festival has introduced global audiences to some of the most ground-breaking films of the past two decades, including sex, lies, and videotape, Maria Full of Grace, The Cove, Hedwig and the Angry Inch, An Inconvenient Truth, Precious, Trouble the Water, and Napoleon Dynamite, and through its New Frontier initiative, has showcased the cinematic works of media artists including Isaac Julien, Doug Aitken, Pierre Huyghe, Jennifer Steinkamp, and Matthew Barney. The 2013 Sundance Film Festival sponsors to date include: Presenting Sponsors – HP, Acura, Sundance Channel and Chase Sapphire PreferredSM; Leadership Sponsors – DIRECTV, Entertainment Weekly, Focus Forward, a partnership between GE and CINELAN, Southwest Airlines and Sprint; Sustaining Sponsors – Canada Goose, FilterForGood®, a partnership between Brita® and Nalgene ®, Hilton HHonors and Waldorf Astoria Hotels & Resorts, Intel Corporation, L’Oréal Paris, Stella Artois® and Time Warner Inc. Sundance Institute recognizes critical support from the Utah Governor’s Office of Economic Development, and the State of Utah as Festival Host State. The support of these organizations will defray costs associated with the 10-day Festival and the nonprofit Sundance Institute’s year-round programs for independent film and theatre artists. www.sundance.org/festival

Sundance Institute
Founded by Robert Redford in 1981, Sundance Institute is a global, nonprofit cultural organization dedicated to nurturing artistic expression in film and theater, and to supporting intercultural dialogue between artists and audiences. The Institute promotes independent storytelling to unite, inform and inspire, regardless of geo-political, social, religious or cultural differences. Internationally recognized for its annual Sundance Film Festival and its artistic development programs for directors, screenwriters, producers, film composers, playwrights and theatre artists, Sundance Institute has nurtured such projects as Born into Brothels, Trouble the Water, Beasts of the Southern Wild, Amreeka, An Inconvenient Truth, Spring Awakening, Light in the Piazza and Angels in America . Join Sundance Institute on Facebook, Twitter and YouTube.