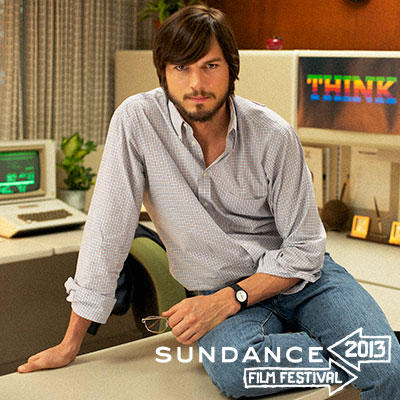 John Cooper, Director of the Sundance Film Festival, said, “We are pleased to see a number of returning filmmakers in our Premieres and Documentary Premieres sections, indicating that there is sustainability, longevity and personal reward to careers in independent film. The films announced today build on each filmmaker’s personal artistic legacy and contribute to the ever-growing and inspiring achievements of the independent film community.”

Trevor Groth, Director of Programming for the Sundance Film Festival, said, “The films in the Premieres and Documentary Premieres sections offer compelling portraits of worlds and people ranging from the beloved to the misunderstood to the unknown. Expertly crafted by some of the most esteemed filmmakers in the world these films have the power to delight audiences at the Festival and impact our culture at large.”

In addition to those announced today, films in the U.S. and World Competition, NEXT <=>, Spotlight, Park City at Midnight and New Frontier sections have been announced. For a full list of films visit www.sundance.org/festival.

PREMIERES
A showcase of world premieres of some of the most highly anticipated dramatic films of the coming year. Presented by Entertainment Weekly.

A.C.O.D. / U.S.A. (Director: Stuart Zicherman, Screenwriters: Ben Karlin, Stuart Zicherman) — Carter is a well-adjusted Adult Child of Divorce. So he thinks.  When he discovers he was part of a divorce study as a child, it wreaks havoc on his family and forces him to face his chaotic past. Cast: Adam Scott, Richard Jenkins, Catherine O’Hara, Amy Poehler, Mary Elizabeth Winstead, Clark Duke.

The Inevitable Defeat of Mister and Pete / U.S.A. (Director: George Tillman Jr., Screenwriter: Michael Starrbury) — Separated from their mothers and facing a summer in the Brooklyn projects alone, two boys hide from police and forage for food, with only each other to trust.  A story of salvation through friendship and two boys against the world. Cast: Skylan Brooks, Ethan Dizon, Jennifer Hudson, Jordin Sparks, Anthony Mackie, Jeffrey Wright.

Prince Avalanche / U.S.A. (Director and screenwriter: David Gordon Green) — Two highway road workers spend the summer of 1988 away from their city lives. The isolated landscape becomes a place of misadventure as the men find themselves at odds with each other and the women they left behind. Cast: Paul Rudd, Emile Hirsch.

Top of the Lake / Australia, New Zealand (Directors: Jane Campion, Garth Davis, Screenwriters: Jane Campion, Gerard Lee) — A 12-year-old girl stands chest deep in a frozen lake. She is five months pregnant, and won’t say who the father is. Then she disappears. So begins a haunting mystery that consumes a community. Cast: Elisabeth Moss, Holly Hunter, Peter Mullan, David Wenham. This six-hour film will screen once during the Festival.

The Way, Way Back / U.S.A. (Directors and screenwriters: Nat Faxon, Jim Rash) — Duncan, an introverted 14-year-old, comes into his own over the course of a comedic summer when he forms unlikely friendships with the gregarious manager of a rundown water park and the misfits who work there. Cast: Steve Carell, Toni Collette, Allison Janney, Sam Rockwell, Maya Rudolph, Liam James.

DOCUMENTARY PREMIERES
Renowned filmmakers and films about huge subjects comprise this section highlighting our ongoing commitment to documentaries. Each is a world premiere.

The Crash Reel / U.S.A. (Director: Lucy Walker) — The jaw-dropping story of one unforgettable athlete, Kevin Pearce; one eye-popping sport, snowboarding; and one explosive issue, traumatic brain injury. An epic rivalry between Kevin and Shaun White culminates in a life-changing crash and a comeback story with a difference. SALT LAKE CITY GALA FILM

History of the Eagles Part 1 / U.S.A. (Director: Alison Ellwood) — Using never-before-seen home movies, archival footage and new interviews with all current and former members of the Eagles, this documentary provides an intimate look into the history of the band and the legacy of their music.

Linsanity / U.S.A. (Director: Evan Leong) — Jeremy Lin came from a humble background to make an unbelievable run in the NBA. State high school champion, all-Ivy League at Harvard, undrafted by the NBA and unwanted there: his story started long before he landed on Broadway.

Pandora’s Promise / U.S.A. (Director: Robert Stone) — A growing number of environmentalists are renouncing decades of antinuclear orthodoxy and have come to believe that the most feared and controversial technology known to mankind is probably our greatest hope.

Running from Crazy / U.S.A. (Director: Barbara Kopple) — Mariel Hemingway, granddaughter of Ernest Hemingway, strives for a greater understanding of her family history of suicide and mental illness. As tragedies are explored and deeply hidden secrets are revealed, Mariel searches for a way to overcome a similar fate.

Sound City / U.S.A. (Director: Dave Grohl) — Through interviews and performances with the legendary musicians and producers who worked at America’s greatest unsung recording studio, Sound City, we explore the human element of music, and the lost art of analog recording in an increasingly digital world.

We Steal Secrets: The Story of WikiLeaks / U.S.A. (Director: Alex Gibney) — The definitive story of Julian Assange, Bradley Manning and WikiLeaks, WE STEAL SECRETS explores the people and events behind the upstart website that rocked the U.S. government, ushered in a new era of transparency and ignited an information war.

When I Walk / U.S.A., Canada (Director: Jason DaSilva) — At 25, filmmaker and artist Jason DaSilva finds out he has a severe form of multiple sclerosis. This film shares his personal and grueling journey over the next seven years. Along the way, an unlikely miracle changes everything.

Which Way Is the Front Line from Here? The Life and Time of Tim Hetherington / U.S.A. (Director: Sebastian Junger) — Shortly after the release of his documentary Restrepo, photographer Tim Hetherington was killed in Libya. Colleague Sebastian Junger traces Hetherington’s work across the world’s battlefields to reveal how he transcended the boundaries of image-making to become a luminary in his profession.

The World According to Dick Cheney / U.S.A. (Directors: R.J. Cutler, Greg Finton) — Dick Cheney is the most powerful, most controversial and in his words, “most consequential” Vice President in American history. This dramatic and intimate examination of Cheney’s life, career, relationships and worldview features interviews with Cheney and those closest to him.