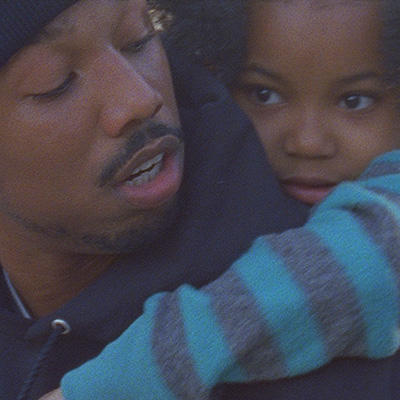 Park City, UT — Sundance Institute this evening announced the Jury, Audience, NEXT <=> and other special awards of the 2013 Sundance Film Festival at the feature film Awards Ceremony, hosted by Joseph Gordon-Levitt in Park City, Utah. An archived video of the ceremony in its entirety is available at www.sundance.org/festival.

John Cooper, Director of the Sundance Film Festival, said, “The films at our Festival this year truly reflect the unbridled passion, immense talent and diverse stories coming from the independent filmmaking community. I am confident that the awards presented this evening will fuel those films with special promise and that audiences will continue to champion the films they have discovered here.”

“The lively dialogue and genuine excitement sparked by the films over the past 10 days is sure to resonate as they further reach audiences in the weeks and months ahead,” commented Keri Putnam, Executive Director of Sundance Institute. “We congratulate and thank all of the filmmakers who shared their stories with us, and we look forward to continuing to support them.”

The 2013 Sundance Film Festival Awards presented this evening were:

The U.S. Grand Jury Prize: Documentary was presented by Davis Guggenheim to:
Blood Brother / U.S.A. (Director: Steve Hoover) — Rocky went to India as a disillusioned tourist. When he met a group of children with HIV, he decided to stay. He never could have imagined the obstacles he would face, or the love he would find.

The World Cinema Grand Jury Prize: Documentary was presented by Bob Hawk to:
A River Changes Course / Cambodia, U.S.A. (Director: Kalyanee Mam) — Three young Cambodians struggle to overcome the crushing effects of deforestation, overfishing, and overwhelming debt in this devastatingly beautiful story of a country reeling from the tragedies of war and rushing to keep pace with a rapidly expanding world.

The Audience Award: U.S. Documentary presented by Acura, was presented by Barbara Kopple to:
Blood Brother / U.S.A. (Director: Steve Hoover) — Rocky went to India as a disillusioned tourist. When he met a group of children with HIV, he decided to stay. He never could have imagined the obstacles he would face, or the love he would find.

The Audience Award: World Cinema Documentary was presented by Barbara Kopple to:
The Square (Al Midan) / Egypt, U.S.A. (Director: Jehane Noujaim) — What does it mean to risk your life for your ideals? How far will five revolutionaries go in defending their beliefs in the fight for their nation?

The Audience Award: Best of NEXT <=> was presented by Joseph Gordon-Levitt to:
This is Martin Bonner / U.S.A.(Director and screenwriter: Chad Hartigan) — Martin Bonner has just moved to Reno for a new job in prison rehabilitation. Starting over at age 58, he struggles to adapt until an unlikely friendship with an ex-con blossoms, helping him confront the problems he left behind. Cast: Paul Eenhoorn, Richmond Arquette, Sam Buchanan, Robert Longstreet, Demetrius Grosse.

The Directing Award: U.S. Documentary was presented by Liz Garbus to:
Cutie and the Boxer / U.S.A. (Director: Zachary Heinzerling) — This candid New York love story explores the chaotic 40-year marriage of famed boxing painter Ushio Shinohara and his wife, Noriko. Anxious to shed her role of assistant to her overbearing husband, Noriko seeks an identity of her own.

The Directing Award: U.S. Dramatic was presented by Ed Burns to:
Afternoon Delight / U.S.A. (Director and screenwriter: Jill Soloway) — In this sexy, dark comedy, a lost L.A. housewife puts her idyllic life in jeopardy when she tries to rescue a stripper by taking her in as a live-in nanny. Cast: Kathryn Hahn, Juno Temple, Josh Radnor, Jane Lynch.

The Directing Award: World Cinema Documentary was presented by Enat Sidi to:
The Machine Which Makes Everything Disappear / Georgia, Germany (Director: Tinatin Gurchiani) — A film director casting a 15-23-year-old protagonist visits villages and cities to meet people who answer her call. She follows those who prove to be interesting enough through various dramatic and funny situations.

The Waldo Salt Screenwriting Award: U.S. Dramatic was presented by Wesley Morris to:
In a World… / U.S.A. (Director and screenwriter: Lake Bell) — An underachieving vocal coach is motivated by her father, the king of movie-trailer voice-overs, to pursue her aspirations of becoming a voiceover star. Amidst pride, sexism and family dysfunction, she sets out to change the voice of a generation. Cast: Lake Bell, Demetri Martin, Rob Corddry, Michaela Watkins, Ken Marino, Fred Melamed.

The Screenwriting Award: World Cinema Dramatic was presented by Joana Vicente to:
Wajma (An Afghan Love Story) / Afghanistan (Director and screenwriter: Barmak Akram) — A young man in Kabul seduces a girl. When she tells him she’s pregnant, he questions having taken her virginity. Then her father arrives, and a timeless, archaic violence erupts – possibly leading to a crime, and even a sacrifice. Cast: Wajma Bahar, Mustafa Habibi, Haji Gul, Breshna Bahar.

The Editing Award: U.S. Documentary was presented by Gary Hustwit to:
Gideon’s Army / U.S.A. (Director: Dawn Porter) — Gideon’s Army follows three young, committed Public Defenders who are dedicated to working for the people society would rather forget. Long hours, low pay and staggering caseloads are so common that even the most committed often give up.

The Editing Award: World Cinema Documentary was presented by Enat Sidi to:
The Summit / Ireland, United Kingdom (Director: Nick Ryan) — Twenty-four climbers converged at the last stop before summiting the most dangerous mountain on Earth. Forty-eight hours later, 11 had been killed or simply vanished. Had one, Ger McDonnell, stuck to the climbers’ code, he might still be alive.

The Cinematography Award: U.S. Dramatic was presented by Rodrigo Prieto to:
Bradford Young for Ain’t Them Bodies Saints and Mother of George:

The Cinematography Award: World Cinema Documentary was presented by Sean Farnel to:
Who is Dayani Cristal? / United Kingdom (Director: Marc Silver) — An anonymous body in the Arizona desert sparks the beginning of a real-life human drama. The search for its identity leads us across a continent to seek out the people left behind and the meaning of a mysterious tattoo.

The Cinematography Award: World Cinema Dramatic was presented by Nadine Labaki to:
Lasting / Poland, Spain (Director and screenwriter: Jacek Borcuch) — An emotional love story about two Polish students who fall in love with each other while working summer jobs in Spain. An unexpected nightmare interrupts their carefree time in the heavenly landscape and throws their lives into chaos. Cast: Jakub Gierszal, Magdalena Berus, Angela Molina.

A U.S. Documentary Special Jury Award for Achievement in Filmmaking was presented by Diane Weyermann to:
Inequality for All / U.S.A. (Director: Jacob Kornbluth) — In this timely and entertaining documentary, noted economic-policy expert Robert Reich distills the topic of widening income inequality, and addresses the question of what effects this increasing gap has on our economy and our democracy.

A U.S. Documentary Special Jury Award for Achievement in Filmmaking was presented by Diane Weyermann to:
American Promise / U.S.A. (Directors: Joe Brewster, Michèle Stephenson) — This intimate documentary follows the 12-year journey of two African-American families pursuing the promise of opportunity through the education of their sons.

A U.S. Dramatic Special Jury Award for Sound Design was presented by Clare Stewart to:
Shane Carruth, Johnny Marshall and Pete Horner for Upstream Color / U.S.A. (Director and screenwriter: Shane Carruth) — A man and woman are drawn together, entangled in the life cycle of an ageless organism. Identity becomes an illusion as they struggle to assemble the loose fragments of wrecked lives. Cast: Amy Seimetz, Shane Carruth, Andrew Sensenig, Thiago Martins.

A World Cinema Dramatic Special Jury Award was presented by Joana Vicente to:
Circles / Serbia, Germany, France, Croatia, Slovenia (Director: Srdan Golubovic, Screenwriters: Srdjan Koljevic, Melina Pota Koljevic) — Five people are affected by a tragic heroic act. Twenty years later, all of them will confront the past through their own crises. Will they overcome guilt, frustration and their urge for revenge? Will they do the right thing, at all costs? Cast: Aleksandar Bercek, Leon Lucev, Nebojsa Glogovac, Hristina Popovic, Nikola Rakocevic, Vuk Kostic.

A World Cinema Documentary Special Jury Award for Punk Spirit was presented by Sean Farnel to:
Pussy Riot – A Punk Prayer / Russian Federation, United Kingdom (Directors: Mike Lerner, Maxim Pozdorovkin) — Three young women face seven years in a Russian prison for a satirical performance in a Moscow cathedral. But who is really on trial: the three young artists or the society they live in?

The Short Film Audience Award, Presented by YouTube, based on web traffic for 12 short films that screened at the Festival and were featured on The Screening Room, was presented to:
Catnip: Egress to Oblivion? / U.S.A.(Director: Jason Willis) — Catnip is all the rage with today’s modern feline, but do we really understand it? This film frankly discusses the facts about this controversial substance.

The winning directors and projects of the Sundance Institute | Mahindra Global Filmmaking Award, in recognition and support of emerging independent filmmakers from around the world, are: Sarthak Dasgupta, The Music Teacher (India); Jonas Carpignano, A Chjana (Italy/U.S.); Aly Muritiba, The Man Who Killed My Beloved Dead (Brazil); and Vendela Vida & Eva Weber, Let The Northern Lights Erase Your Name (UK/Germany/U.S.).

The 2013 Indian Paintbrush Producer’s Award and $10,000 grant was presented to Toby Halbrooks and James M. Johnston for Ain’t Them Bodies Saints.

The Alfred P. Sloan Feature Film Prize, presented to outstanding feature films focusing on science or technology as a theme, or depicting a scientist, engineer, or mathematician as a major character, was presented to Computer Chess, directed and written by Andrew Bujalski. The film received a $20,000 cash award from the Alfred P. Sloan Foundation.

The 2013 Sundance Film Festival presented 119 feature-length films, representing 32 countries and 51 first-time filmmakers (including 27 in competition), and 65 short films. These films were selected from a record 12,146 submissions (429 more than for 2012), including 4,044 feature-length films and 8,102 short films. 103 feature films at the Festival were world premieres.

The 2013 Sundance Film Festival runs through January 27 in Park City, Salt Lake City, Ogden and Sundance, Utah. A complete list of films and events is available at www.sundance.org/festival.

# # # For images go to www.sundance.org/images