2012 Sundance Film Festival Comes to a Theatre Near You 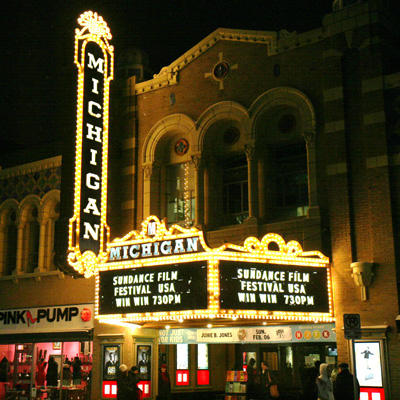 Tickets for each screening will be available through the theatre’s box office. The film that will screen at each theatre will be announced in December.

The Sundance Film Festival
Supported by the non-profit Sundance Institute, the Festival has introduced global audiences to some of the most ground-breaking films of the past two decades, including sex, lies, and videotape, Maria Full of Grace, The Cove, Hedwig and the Angry Inch, An Inconvenient Truth, Precious, Trouble the Water, and Napoleon Dynamite, and through its New Frontier initiative, has brought the cinematic works of media artists including Isaac Julian, Doug Aitken, Pierre Huyghe, Jennifer Steinkamp, and Matthew Barney. www.sundance.org/festival

The Sundance Institute
The Sundance Institute is a global nonprofit organization founded by Robert Redford in 1981. Through its artistic development programs for directors, screenwriters, producers, composers and playwrights, the Institute seeks to discover and support independent film and theatre artists from the United States and around the world, and to introduce audiences to their new work. The Institute promotes independent storytelling to inform, inspire, and unite diverse populations around the globe. Internationally recognized for its annual Sundance Film Festival, Sundance Institute has nurtured such projects as Born into Brothels, Trouble the Water, Son of Babylon, Amreeka, An Inconvenient Truth, Spring Awakening, I Am My Own Wife, Light in the Piazza and Angels in America.