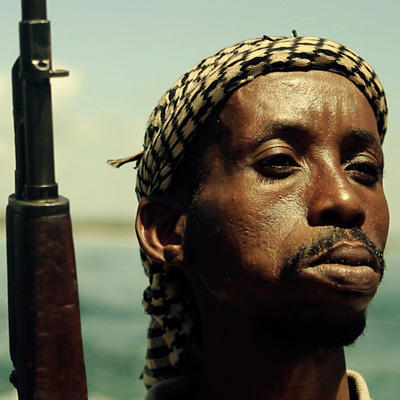 Park City, UT — Sundance Institute this evening announced the jury prizes and honorable mentions in short filmmaking at the 2012 Sundance Film Festival. The awards were presented at a ceremony in Park City, Utah. These award recipients will also be honored at the Festival’s Awards Ceremony, hosted by Parker Posey on Saturday, January 28 at 7:00 p.m. MT and live streamed at www.sundance.org/live.

Trevor Groth, Director of Programming for the Sundance Film Festival, said, “The explosion of interest in the short form is evidenced by the record number of short films submitted to this year’s Festival. Our shorts programming team as well as audiences at the Festival have been struck by the depth of quality and uncompromised voices present in these stories from around the world. Our esteemed jury selected seven winners from a field of 64 that represent a talented group of artists who are sure to continue pushing the limits of creative filmmaking.”

The Jury Prize in Short Filmmaking was awarded to:
FISHING WITHOUT NETS / U.S.A. (Director: Cutter Hodierne, Screenwriters: Cutter Hodierne, John Hibey) — A story of pirates in Somalia, told from the perspective of the pirates themselves. Said the Short Film Jury of the film, “By approaching a story of epic scope with an intimate perspective, this visually stunning film creates a rare, inside point of view that humanizes a global story.”

The Jury Prize in Short Film, U.S. Fiction was presented to:
The Black Balloon / U.S.A. (Directors: Benny Safdie, Josh Safdie) — The Black Balloon strays from the herd and experiences what life as an individual is like. He explores New York City in the deepest way, seeing all of its characters.

The Jury Prize in Short Film, International Fiction was presented to:
The Return (Kthimi) / Kosovo (Director: Blerta Zeqiri, Screenwriter: Shefqet Gjocaj) — A man comes back from a Serb prison to his wife and son. Much has changed since he was declared missing and continuing where they left off four years ago may not be as easy as it seems.

The Jury Prize in Short Film, Non-Fiction was presented to:
The Tsunami and the Cherry Blossom / U.S.A. (Director: Lucy Walker) — Survivors in the areas hardest hit by Japan’s recent tsunami find the courage to revive and rebuild as cherry blossom season begins. A visual haiku about the ephemeral nature of life and the healing power of Japan’s most beloved flower.

The Jury Prize in Animated Short Film was presented to:
A Morning Stroll / United Kingdom (Director: Grant Orchard) — When a New Yorker walks past a chicken on his morning stroll, we are left to wonder which one is the real city slicker.

The Special Jury Award for Comedic Storytelling was presented to:
The Arm / U.S.A. (Directors and screenwriters: Brie Larson, Sarah Ramos, Jessie Ennis) — In an attempt to keep up with social pressure in a technologically advanced world, Chance starts a texting relationship with Genevieve, a girl he meets at a yogurt shop.

The Special Jury Award for Animation Direction was presented to:
Robots of Brixton / United Kingdom (Director: Kibwe Tavares) — The trials and tribulations of young robots surviving at the sharp end of inner city life, living the predictable existence of a populous hemmed in by poverty, disillusionment and mass unemployment.

This year’s Short Film program is comprised of 64 short films selected from a record 7,675 submissions.
The Short Film jurors are Mike Judge, creator of Beavis and Butt-Head for MTV and King of the Hill for FOX TV; Dee Rees, Sundance Institute Directing Lab Fellow and writer/director of the award-winning short film Pariah, which later debuted as a narrative feature at the 2011 Sundance Film Festival; and Shane Smith, Director of Public Programmes at TIFF Bell Lightbox.

The Short Film program at the 2012 Sundance Film Festival is presented by Yahoo!, the premier digital media company. As part of the sponsorship, a selection of nine short films that premiered at the Festival are currently featured on Yahoo! Screen, Yahoo’s premium video destination. Through January 27, film aficionados can watch the films and vote for their favorite. Yahoo! will present the winning filmmaker with the inaugural Yahoo! Audience Award and $5,000 at the Festival’s January 28 Awards Ceremony. All featured films will remain accessible on Yahoo! Screen for six additional weeks, with the winning film given prominent placement on Yahoo!.

The 2012 Sundance Film Festival runs through January 29 in Park City, Salt Lake City, Ogden and Sundance, Utah. A complete list of films and events is available at www.sundance.org/festival.

Sundance Institute
Sundance Institute is a global nonprofit organization founded by Robert Redford in 1981. Through its artistic development programs for directors, screenwriters, producers, composers and playwrights, the Institute seeks to discover and support independent film and theatre artists from the United States and around the world, and to introduce audiences to their new work. The Institute promotes independent storytelling to inform, inspire, and unite diverse populations around the globe. Internationally recognized for its annual Sundance Film Festival, Sundance Institute has nurtured such projects as Born into Brothels, Trouble the Water, Son of Babylon, Amreeka, An Inconvenient Truth,Spring Awakening, I Am My Own Wife, Light in the Piazza and Angels in America. Join Sundance Institute on Facebook, Twitter and YouTube.