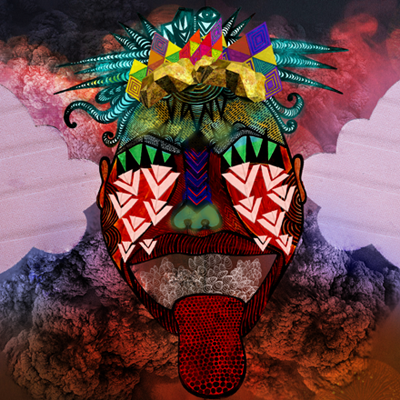 Trevor Groth, Director of Programming for the Sundance Film Festival, said, “In many ways, the extremes of the Festival’s program are most readily apparent in our out-of-competition sections, which showcase the wildest comedies, the most terrifying horror films and uncompromised visions from singular voices springing up from around the country and the world. We hope audiences experiment with their film selections to an equal degree as these filmmakers have experimented with their storytelling.”

Regardless of where these films have played throughout the world, the Spotlight program is a tribute to the cinema we love.

Corpo Celeste / Italy (Director and screenwriter: Alice Rohrwacher) — After moving back to southern Italy with her mother and older sister, 13-year-old Marta struggles to find her place, restlessly testing the boundaries of an unfamiliar city and the catechism of the Catholic church. Cast: Yle Vianello, Salvatore Cantalupo, Anita Caprioli, Renato Carpentiere.

Elena / Russia (Director: Andrei Zvyagintsev, Screenwriter: Oleg Negin) — A meditative, modern-noir tale about an older woman, Elena, who marries the wealthy business man for whom she worked and, when his health fails, is forced to deal with his estranged daughter who threatens her inheritance. Cast: Andrey Smirnov, Nadezhda Markina, Elena Lyadova, Alexey Rozin.

From horror flicks to comedies to works that defy any genre, these unruly films will keep you edge-seated and wide awake. Each is a world premiere.

Grabbers / Ireland, United Kingdom (Director: Jon Wright, Screenwriter: Kevin Lehane) — When the residents of an idyllic Irish fishing village are attacked by mysterious, blood-sucking sea creatures, a high blood alcohol content could be the only thing that gets them through the night. Cast: Richard Coyle, Ruth Bradley, Russell Tovey, Bronagh Gallagher.

The Pact / U.S.A. (Director and screenwriter: Nicholas McCarthy) — As a woman struggles to come to grips with her past in the wake of her mother’s death, an unsettling presence emerges in her childhood home. Cast: Caity Lotz, Casper Van Dien.

SHUT UP AND PLAY THE HITS / United Kingdom (Directors: Dylan Southern, Will Lovelace) — A film that follows LCD Soundsystem front man James Murphy over a crucial 48-hour period, from the day of their final gig at Madison Square Garden to the morning after, the official end of one of the best live bands in the world.

NEXT <=> encompasses a selection of pure, bold works by promising filmmakers distinguished by an innovative, forward-thinking approach to storytelling. Presented by Adobe Systems Incorporated. Each is a world premiere.

I AM NOT A HIPSTER / U.S.A. (Director and screenwriter: Destin Daniel Cretton) — Based in San Diego’s indie music and art scene, I AM NOT A HIPSTER features original song performances and explores what it means to be creative in the face of tragedy. Cast: Dominic Bogart, Alvaro Orlando, Brad William Henke, Tammy Minoff, Kandis Erickson, Lauren Coleman.

KID-THING / U.S.A. (Director and screenwriter: David Zellner) — A rebellious girl whose existence is devoid of parental guidance, spends her time roaming the land, shoplifting, and vandalizing. Her routine is broken one day while playing in the woods when she hears a woman calling from a mysterious hole in the ground, asking for help. Cast: Sydney Aguirre, Susan Tyrrell, Nathan Zellner, David Zellner.

My Best Day / U.S.A. (Director and screenwriter: Erin Greenwell) — Karen’s life as a small-town receptionist is turned upside down when the father she never knew calls for a refrigerator repair. That day she encounters a sister addicted to off track betting, a brother struggling with grade school heartache and bullies, and a load of fireworks. Cast: Rachel Style, Ashlie Atkinson, Raúl Castillo, Jo Armeniox, Robert Salerno, Harris Doran.

Pursuit of Loneliness / U.S.A. (Director and screenwriter: Laurence Thrush) — An elderly patient dies in a county hospital leaving no known next of kin. Over the next 24 hours, four central characters try to find a family member to contact regarding the death of this anonymous individual. Cast: Joy Hille, Sandra Escalante, Sharon Munfus, Kirsi Toivanen, Natalie Fouron.

With media installations, multimedia performances, transmedia experiences, panels, film screenings, and more, New Frontier highlights work that celebrates experimentation and the expansion of cinema culture through the convergence of film, art, and new media technology. These films complement the previously announced installations and performances in the New Frontier venue at the Festival.

Bestiaire / Canada, France (Director: Denis Côté) — The boundaries we place around animals are provocatively and formally explored in this meditation on the relationship between nature and humanity. World Premiere

An Oversimplification of Her Beauty / U.S.A. (Director and screenwriter: Terence Nance) — A quixotic young man humorously courses live action and various animated landscapes as he tries to understand himself after a mystery girl stands him up. Cast: Terence Nance, Namik Minter, Chanelle Pearson. World Premiere