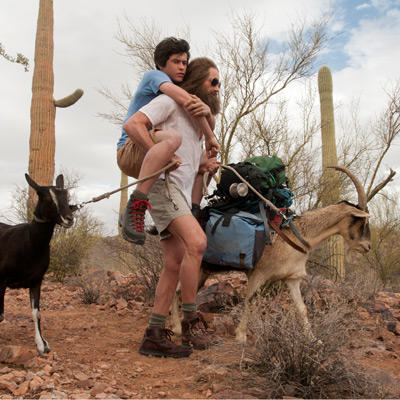 Park City, UT — Sundance Institute announced today the films selected to screen in the out-of-competition Premieres and Documentary Premieres sections of the 2012 Sundance Film Festival. The Festival will be held January 19 through 29 in Park City, Salt Lake City, Ogden and Sundance, Utah. The complete list of films is available at www.sundance.org/festival.

John Cooper, Director of the Sundance Film Festival, said, “The fact that most of the Premieres have been produced completely independently further underscores the resourcefulness and tenacity of filmmakers in this climate. That drive and entrepreneurial spirit has pushed narrative and documentary filmmakers alike to create rich stories which will entertain and inspire audiences at the festival and in the year to come.”

Trevor Groth, Director of Programming for the Sundance Film Festival, said, “Featuring one of the most influential directors of all time returning to his Brooklyn roots as well as emerging filmmakers tackling big issues with sophistication beyond their experience, our Premieres section has much to offer – including a live performance/exhibition by Joseph Gordon-Levitt’s open collaborative production company hitRECord that defies categorization. Our Documentary Premieres section features equally impressive filmmakers at the top of their game who have crafted impactful films that will both dazzle and enlighten.”

A showcase of some of the most highly anticipated dramatic films of the coming year from new and established directors. Presented by Entertainment Weekly. Each is a world premiere.

Arbitrage / U.S.A. (Director and screenwriter: Nicholas Jarecki) — A hedge-fund magnate is in over his head, desperately trying to complete the sale of his trading empire before the depths of his fraud are revealed. An unexpected, bloody error forces him to turn to the most unlikely corner for help. Cast: Richard Gere, Susan Sarandon, Tim Roth, Brit Marling, Nate Parker.

Bachelorette / U.S.A. (Director and screenwriter: Leslye Headland) — Ten years after high school, three women reunite on the eve of their friend’s New York City wedding. A bachelorette party unfolds into a wild night of drugs, alcohol, men, and strippers that threatens to destroy the wedding and sends the girls on a comedic odyssey to fix the damage. As the girls race to save a friendship and a wedding, they ride a thin line between jealousy and loyalty in what might be the most important night of their lives. Cast: Kirsten Dunst, Isla Fisher, Lizzy Caplan, James Marsden, Adam Scott, Kyle Bornheimer.

California Solo / U.S.A. (Director and screenwriter: Marshall Lewy) — A former Britpop rocker has long settled for an unfettered life working on a farm outside of L.A. When he’s caught driving drunk and faces deportation, he must confront past and current demons in his life to stay in the country. Cast: Robert Carlyle, Alexia Rasmussen, Kathleen Wilhoite, A Martinez, Danny Masterson.

For A Good Time, Call… / U.S.A. (Director: Jamie Travis, Screenwriters: Katie Anne Naylon & Lauren Anne Miller) — Lauren and Katie move in together after a loss of a relationship and a loss of a rent controlled home, respectively. When Lauren learns what Katie does for a living the two enter into a wildly unconventional business venture. Cast: Ari Graynor, Lauren Anne Miller, Justin Long, Mark Webber, James Wolk.

LAY THE FAVORITE / U.S.A. (Director: Stephen Frears, Screenwriter: D.V. DeVincentis) — An adventurous young woman gets involved with a group of geeky older men who have found a way to work the sportsbook system in Las Vegas to their advantage. Cast: Bruce Willis, Catherine Zeta-Jones, Rebecca Hall.

Price Check / U.S.A. (Director and screenwriter: Michael Walker) — Pete is having trouble resolving a happy marriage and family life with rising debt and a job he hates. When his new boss pulls him into the maelstrom that is her life, money and opportunities come his way, but at what price? Cast: Parker Posey, Eric Mabius, Annie Parisse, Josh Pais, Cheyenne Jackson.

The Words / U.S.A. (Directors and screenwriters: Brian Klugman, Lee Sternthal) — The Words is a layered and haunting tale about a celebrated novelist who must learn to live with the consequences of his undeserved success, and the inescapable consequences of stealing another man’s life and work. Cast: Bradley Cooper, Jeremy Irons, Dennis Quaid, Olivia Wilde with Zoe Saldana. CLOSING NIGHT FILM

Special event: Hit RECord at the Movies with Joseph Gordon-Levitt — Be a part of the process by joining Joseph Gordon-Levitt and the global hitRECord community for a special one-time-only interactive exploration of the power of making things together. Gordon-Levitt will showcase works that have been created from the collaborative hitRECord production company and invite the audience to engage, interact and contribute to the event using their digital devices. The event will be recorded, with footage posted on their website for all to enjoy and be inspired by. hitRECord, which launched with an installation in the New Frontier section of the 2010 Sundance Film Festival, returns to the Festival to showcase the project’s evolution and potential for creative experimentation.

Created to highlight the growing impact and popularity of documentaries in our world today, Documentary Premieres presents eight moving new films about big subjects or by master filmmakers that showcase the power of the form. Each is a world premiere.

About Face / U.S.A. (Director: Timothy Greenfield-Sanders) — An exploration of beauty and aging through the stories of the original supermodels. Participants including Isabella Rossellini, Christie Brinkley, Beverly Johnson, Carmen Dell’Orefice, Paulina Porizkova, Jerry Hall and Christy Turlington weigh in on the fashion industry and how they reassess and redefine their own sense of beauty as their careers progress.

BONES BRIGADE: An Autobiography / U.S.A. (Director: Stacy Peralta) — When six teenage boys came together as a skateboarding team in the 1980s, they reinvented not only their chosen sport but themselves too – as they evolved from insecure outsiders to the most influential athletes in the field.

The D Word: Understanding Dyslexia / U.S.A. (Director: James Redford) — While following a Dyslexic high school senior struggling to achieve his dream of getting into a competitive college, The D Word exposes myths about Dyslexia and reveals cutting edge research to elucidate this widely misunderstood condition.

ETHEL / U.S.A. (Director: Rory Kennedy) — This intimate, surprising portrait of Ethel Kennedy provides an insider’s view of a political dynasty, including Ethel’s life with Robert F. Kennedy and the years following his death when she raised their eleven children on her own.

A Fierce Green Fire / U.S.A. (Director: Mark Kitchell) — A definitive history of one of the most important movements of the 20th century, A Fierce Green Fire chronicles the environmental movement’s fascinating evolution from the 1960s to the present.

SOMETHING FROM NOTHING: THE ART OF RAP / United Kingdom (Director: Ice-T, Co-Director: Andy Baybutt) — Through conversations with Rap’s most influential artists – among them Chuck D, Snoop Dogg, Dr. Dre, Eminem, MC Lyte, Mos Def, and Kanye West – Ice-T explores the roots and history of Rap and reveals the creative process behind this now dominant art form.

Under African Skies / U.S.A. (Director: Joe Berlinger) — Paul Simon returns to South Africa to explore the incredible journey of his historic Graceland album, including the political backlash he sparked for allegedly breaking the UN cultural boycott of South Africa, designed to end Apartheid.

West of Memphis / U.S.A. (Director: Amy Berg) — Three teenage boys are incarcerated for the murders of three 8-year-old boys in West Memphis, Arkansas. 19 years later, new evidence calls into question the convictions and raises issues of judicial, prosecutorial and jury misconduct – showing that the first casualty of a corrupt justice system is the truth.

Sundance Institute is a global nonprofit organization founded by Robert Redford in 1981. Through its artistic development programs for directors, screenwriters, producers, composers and playwrights, the Institute seeks to discover and support independent film and theatre artists from the United States and around the world, and to introduce audiences to their new work. The Institute promotes independent storytelling to inform, inspire, and unite diverse populations around the globe. Internationally recognized for its annual Sundance Film Festival, Sundance Institute has nurtured such projects as Born into Brothels, Trouble the Water, Son of Babylon, Amreeka, An Inconvenient Truth,Spring Awakening, I Am My Own Wife, Light in the Piazza and Angels in America. JoinSundance Institute on Facebook, Twitter and YouTube.