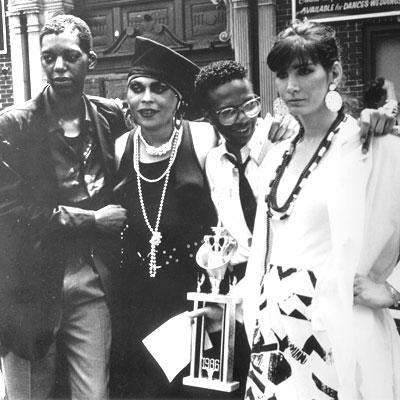 Park City, UT — Sundance Institute announced today that Paris is Burning, by director Jennie Livingston, has been added to The Sundance Collection at UCLA, 21 years after its premiere at the 1991 Sundance Film Festival. The negative and other key film elements from the film are now safely archived and will undergo critical preservation work.

Paris is Burning documents “The Children” – black and Latino, part of the New York under class and homosexual. Their lives focus on Harlem Drag Queen Balls, where they compete for trophies and cash prizes by “voguing,” a combination of break dancing, gymnastics, assuming attitudes and striking the poses of fashion magazines. The balls are engrossing to watch and raise questions about the nature of the identities the performers assume. Paris is Burning is a tribute to these “outcasts,” to their ingenuity and perseverance, and ultimately to their strength. The film earned the Festival’s Grand Jury Prize for Documentary.

Established in 1997, The Collection is specifically devoted to the preservation of independent documentaries, narratives and short films supported by Sundance Institute. It is part of a larger Institute initiative designed to maintain an exhaustive record of the artists and work supported through the Institute’s Labs and its Festival since 1981.