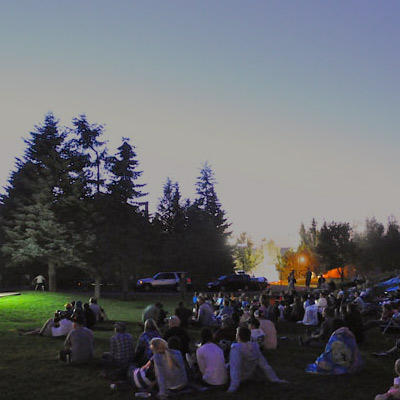 Park City, UT — Sundance Institute today announced six of the seven films that will be featured at the 2014 Sundance Institute Summer Series of free outdoor film screenings and invited the Utah community to vote online through August 15 for the seventh film, which will screen August 27.

Now in its 17th year, the free series kicks off July 8 at Salt Lake City’s Red Butte Garden and July 25 at City Park in Park City. All films have screened at the Sundance Film Festival or have been supported through an Institute program. Screenings are free of charge and seated on a first-come, first-served basis. Attendees are encouraged to bring picnic baskets and blankets or low-back lawn chairs.

Sarah Pearce, Co-Managing Director of Sundance Institute, said, “The free outdoor Summer Series is one of my favorite ways to celebrate independent cinema in Utah and a shining example of how film has the power to bring our community  together. I look forward to screening current and past Festival favorites under the stars and learning what the community selects for the final film in the series.”

Films screening as part of the 2014 Sundance Institute Summer Series are:

God Help the Girl  / United Kingdom (Director and screenwriter: Stuart Murdoch) — This musical from Stuart Murdoch of Belle & Sebastian is about some messed up boys and girls and the music they made. Cast: Emily Browning, Olly Alexander, Hannah Murray, Pierre Boulanger, Cora Bissett.

Utah Community Choice Film – For the second year, Sundance Institute wants YOU to program the last film of the Summer Series.  Through August 15, visit sundance.org/utah to vote for your favorite Sundance Film Festival flick with a music theme: SLC Punk!, Something From Nothing:The Art of Rap and U2 3D.The winning film will be announced in late August.

For more information about Sundance Institute programming for Utah residents and to vote for the Utah Community Choice Film visit sundance.org/utah.