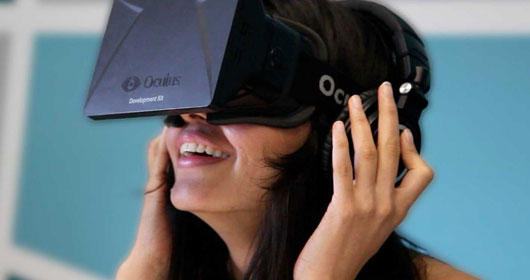 What is the business model? Who are the stakeholders? Who is the audience? Where is the infrastructure? What are the revenue thresholds? Who are the players?

The Sundance Institute New Frontier program supports artists and projects experimenting with story designs that are between two and ten years ahead of their audience and industry, so we get these questions all the time. In most cases the answers are not immediately clear, because they are being discovered through experimentation, failure, refinement, audience/customer development, etc. These unanswered questions arise in most innovation related spaces, because the marketplace is not yet understood or defined. This lack of infrastructure always creates tension between our fear of risk and the potential for success.

We don’t want to fail, but we also don’t want to miss an opportunity like the third guy at Apple (who gave up ownership in what became a multi-billion dollar company for fear of  $15k liability in start-up debt). We want to play it safe by following industry norms, but don’t want to become antiquated by disruptive innovations like Blockbusters or Tower Records (which both failed to react to digital distribution and lost out to Netflix and iTunes). More viscerally, we don’t want to miss being part of a creative revolution.

Since 2007, New Frontier has been a great R&D space for those innovating the art of story at the convergence of all the creative disciplines and technology. It has provided space for experimentation, cultivated a community of fringe creators, created visibility for projects, and given “credibility” to emerging story designs. It’s allowed space for testing new business models. For example, Jonathan Harris explored the idea of creating scarcity for interactive movies by ticketing access and limited the number of tickets sold with his film, I Love Your Work. It’s also helped artists and designers collaborate to refine story-enabling technology. For example, Nonny de la Pena used a prototype of Palmer Luckey’s virtual reality headset at the New Frontier exhibition in 2012 with her project Hunger in Los Angeles. In 2014, that same technology returned in the much-refined form of the Oculus Rift in the exhibition of Chris Milk’s Sound and Vision, James George/Jonathan Minard’s Clouds and CCP Games’ Eve: Valkyrie.

Now we are seeing the program grow beyond an R&D space to a bona fide marketplace. Going back to Palmer Luckey–he first came to us as a 19-year-old USC student with a great prototype and returned two years later with a product that just received 75 million in investments and is being hailed as a radical game changer for both the gaming and film industry.

New Frontier is attracting “buyers” from diverse industries making it an exciting convergence marketplace, which makes sense for these new story designs that often cross many audiences on multiple platforms and mediums. We are seeing “buyers” come from film/TV, music, tech, gaming, social media, consumer brands, and the art market (i.e. museums, auction houses and collectors); as well as “contributions” from foundations, education institutions, philanthropists, social entrepreneurs, and community organizations.

What’s being bought and sold?

The projects that have come through the New Frontier programs have “sold” in a diversity of ways: via traditional revenue thresholds (i.e. box office) and emerging ones (i.e. Vine art sales), as whole entities and in parts, and directly to their audiences and to major companies. But to answer that question more explicitly, New Frontier artists are making money by selling the following: physical art (i.e. Doug Aitken’s The Source: Evolving sold to The Maurice Marciano Family Foundation), temporary exhibition licenses (i.e. Question Bridge: Black Males licensed the video installation to thirty museums and art spaces), digital art with no hardware associated (i.e. a domain name or software), memberships to story platforms, tickets to live and virtual experiences, physical and virtual games, advertising space, merchandise, phone and tablet apps, eBooks and physical books, music file downloads, film/TV/digital development and distribution rights, sponsorships, and more. They are charging performance, speaking and appearance fees, and taking commissions. Additionally, they have attracted philanthropic investments from major foundations, individual donors, and mission aligned organizations and communities; as well as attracted equity investments in patented technology/methodologies or trademarked platforms.

Over the last 30 years, Sundance Institute has fulfilled its mission to bring independent films to audiences by both presenting work to the 60k or so people who make their way to Park City every year, but also by cultivating a marketplace for these films at the Festival, so they reach millions of people through global distribution. Following that tradition, 2014 marks New Frontier’s emergence as a marketplace for these new forms of storytelling. This is part of a broader moment in the field at large, where the audience and industry are starting to catch up to these story pioneers.