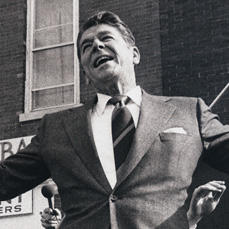 From its inception, the Sundance Film Festival has championed documentary filmmaking, through both the U.S. and World Cinema Documentary competitions and in Sundance Institute’s Documentary Film Program, all of which are dedicated to supporting and showcasing new directions and emerging filmmakers in non-fiction filmmaking. So why create yet another showcase for docs at the Festival?

“Last year, we realized that many of the filmmakers who had been included in the past were returning with new work,” explains Festival Senior Programmer Caroline Libresco. “As a result, our documentary programs were no longer as much a place for emerging documentarians to showcase their talents as in the past because there just wasn’t as much room.” The solution? “Let’s make a program where people who are now masters can be shown,” answers Libresco, adding that documentary filmmaking as a form has reached a new apex in significance and popularity, and the Festival wanted to respond to that quickly.

The new Documentary Premieres showcase does indeed include work by seasoned Festival alums, a lot of it. And they’re returning to the Festival with big, galvanizing ideas and subjects that speak to large swaths of people. Fenton Bailey and Randy Barbato, who first attended the Festival in 1998 with Party Monster, will bring Becoming Chaz, a new documentary that chronicles Chastity Bono’s gender transition from female to male. Liz Garbus was also at the Festival in 1998 with The Farm: Angola, USA, and returns this year with Bobby Fischer Against the World, about the well-known chess player. Morgan Spurlock, who presented Super Size Me in 2004, returns this year with The Greatest Movie Ever Sold, while Steve James of Hoop Dreams fame will present The Interrupters, about gang violence; Eugene Jarecki will present Reagan (Jarecki’s Why We Fight won the documentary Grand Jury Prize at the 2005 Festival) and Pamela Yates returns with Granito, about genocide and political justice (Yates has a long history of screening her docs at the Festival, all the way back to 1984 with When the Mountains Tremble).

“It’s really a section whose time has come,” continues Libresco. “The American documentary form is truly at an apex in terms of mastery and there are so many films being made. Every year, the field grows.”

Reflecting on the broader trends in documentary filmmaking as more filmmakers continue to advance in their careers, Libresco notes that many directors are moving away from analyzing a specific issue to profiling the people tackling the problem. “In the last few years, the story has shifted so that now it’s really about the people making the change,” she says. “As much as you might still have the problem embedded in the film, you also have at the center the change-maker who is driving the story. So it’s not the social issue as much as the agent.”

Take The Interrupters, Steve James’ fifth film to screen at the Festival. The film investigates urban violence through the efforts of a group of former gang members in Chicago dedicated to stopping it, and focuses in particular on the stories of people filled with rage and very ready to hurt others. The problems become far more nuanced and morally complex when they become so specific, and the film deftly illustrates just how difficult intervention can be.

Libresco views the current state of documentary filmmaking in the U.S. with great optimism, despite the changing landscape and challenges associated with distribution outlets. Many films in the new section arrive with a broadcast deal in place that will cover production costs, she explains, adding that while a few documentaries in recent years have been great box office successes, these are infrequent. However, there are still audiences for these films. “We’re in a halcyon moment,” she continues. “The form has matured and we have auteur filmmakers who continue to make films. They are articulating our times, and Americans are accepting these films more than ever.”