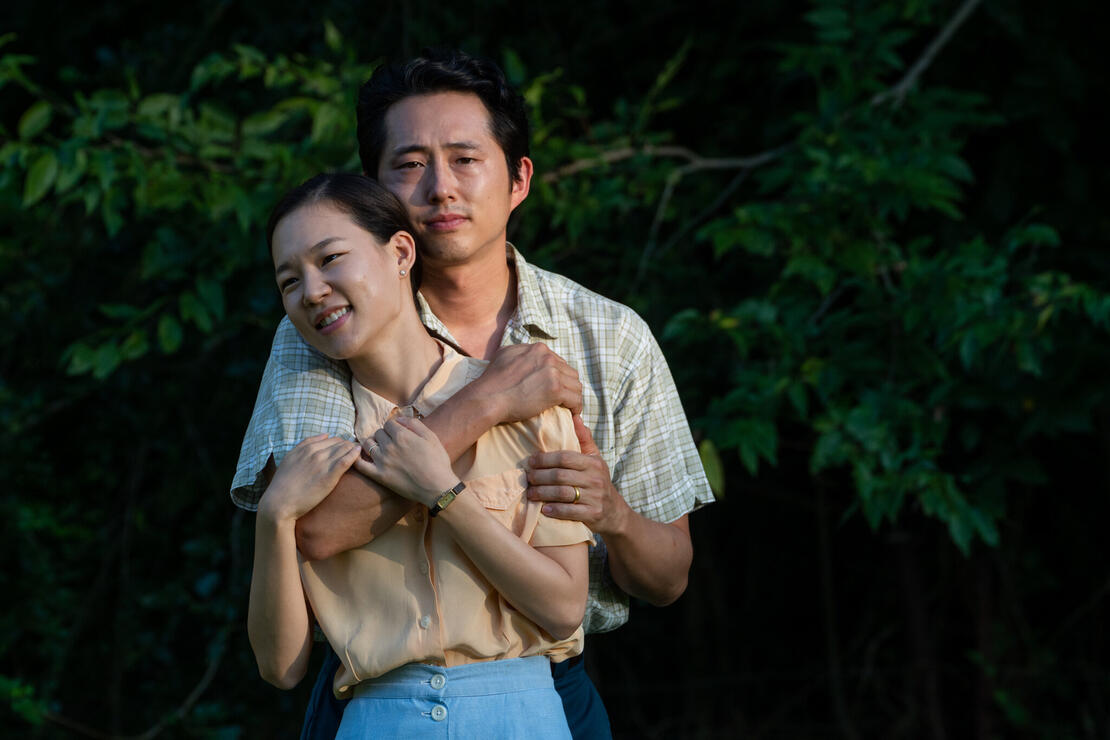 Early Monday morning, 2021’s delayed awards season picked up more steam with the unveiling of the nominees for the 93rd annual Academy Awards. Priyanka Chopra (star of the 2018 Festival film A Kid Like Jake) and Nick Jonas (who was in the 2016 Festival film GOAT) went live to announce the nods across all 23 categories, and we want to congratulate all of the Sundance-supported projects that are up for awards. In total, Sundance-supported projects received 31 nominations (including four out of eight Best Picture nominations).

Lee Isaac Chung’s gorgeous family portrait Minari — inspired by the writer-director’s own upbringing in rural Arkansas — scooped up six nominations, including Best Picture, Best Original Screenplay, and Best Director. Steven Yuen made history becoming the first Asian American actor to be nominated for Best Actor, and Yuh-Jung Youn was nominated for Best Supporting Actress. The film won the Grand Jury and Audience awards at the 2020 Festival, where it had its world premiere in the U.S. Dramatic Competition.

From this year’s Festival, where it had its world premiere, Shaka King’s Judas and the Black Messiah got six nominations, including Best Picture and Best Original Screenplay. Daniel Kaluyya and LaKeith Stanfield were both nominated for Best Supporting Actor for their turns in the film about the 1969 assassination of Black Panther Party chairman Fred Hampton (Kaluyya won Best Supporting Actor in a Motion Picture, Drama, at the Golden Globes earlier this month.)

Florian Zeller’s The Father — which premiered at the 2020 Festival — got six nominations as well, including Best Picture, Best Editing, and Best Adapted Screenplay. Actors Olivia Colman and Anthony Hopkins were nominated for Best Actress and Best Actor, respectively, for their performances in the drama, which centers on the relationship between an elderly man and his adult daughter as they come to terms with his deteriorating mental state.

Emerald Fennell’s debut feature Promising Young Woman had its world premiere at the 2020 Festival, and it got five nominations, including Best Picture, Best Director, Best Editing, and Best Original Screenplay. Carey Mulligan was nominated for Best Actress for her fearless performance in the thriller — her second nod in the category, as she was also nominated for another prize-winning Sundance selection, An Education, in 2009. This is the first year two women were nominated for Best Director, as Sundance Institute alum Chloé Zhao also received a nomination for her film Nomadland.

Tune in at 5:00 p.m. PT on Sunday, April 25, to watch the ceremony on ABC and see who takes home the top prizes. And read on for the full list of Sundance-supported nominees.

ACTRESS IN A SUPPORTING ROLE

Another Round
Better Days
Collective
The Man Who Sold His Skin
Quo Vadis, Aida?

ACTOR IN A LEADING ROLE

ACTRESS IN A LEADING ROLE