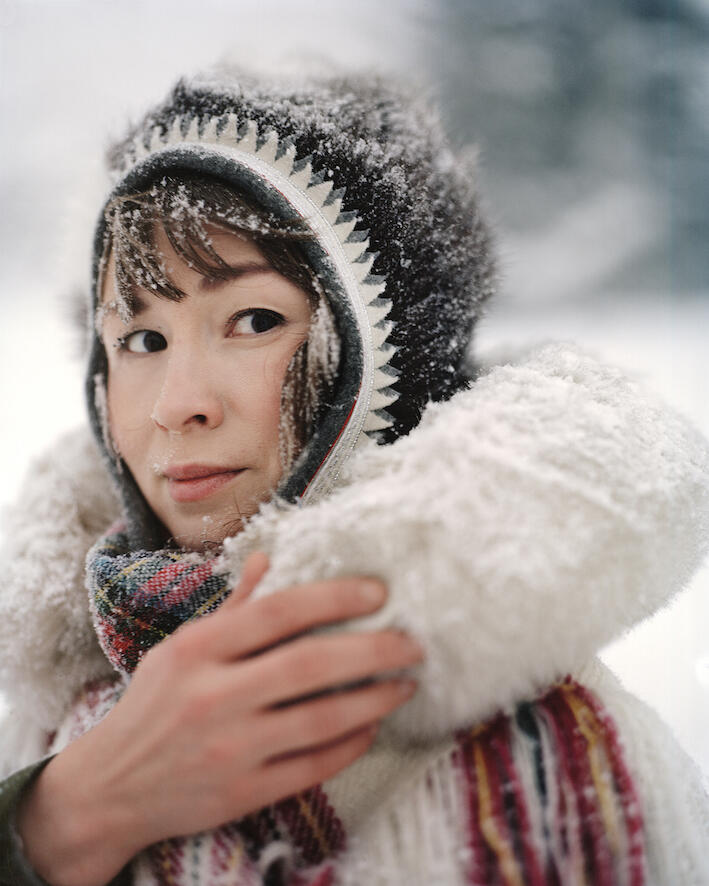 For Indigenous artists, a component of the creative process is to commune with our ancestors as well as with descendants that are yet to come. Merata Mita understood this when she endeavored to realize her film, 1988’s Mauri. In seeing her work through, she became the first Indigenous woman — and the first Māori woman — to solely write and direct a dramatic feature film. Her legacy is one of fearlessness, a dedication to her people and a cornerstone of Indigenous Cinema.

Named in her honor, the Sundance Institute’s Merata Mita Fellowship cultivates a stage for Indigenous women worldwide to tell their stories and offers a year-long continuum of support, mentorship, and a trip to the 2022 Sundance Film Festival. Applications for the 2022 Merata Mita Fellowship are now open; submit your materials by Monday, October 11, for a chance to be considered.

In January, during the 2021 Sundance Film Festival, filmmaker Marja Bål Nango (Sami) — writer and director of award-winning shorts like 2019’s The Tongues — was announced as the recipient of this year’s Merata Mita Fellowship. Below, hear what Nango had to say during the 2021 Festival.

<p “=””>I’m honored to be taken under the wings of Merata Mita’s name as a fellow at Sundance. To have my name intertwined with Merata Mita’s is not only a honour but a responsibility I take seriously, as she embodies the “strong Indigenous woman” in every sense of that saying — in her filmmaking, but also in how she powered through challenges in her personal life and still managed to make great films.

The ownership of Sámi stories — all Indigenous stories — should and shall be with us.

Her life on earth ended before my life as a filmmaker even started, but we — the Indigenous people — are all intertwined. We are intertwined by our common history of colonization that unfortunately looks all too familiar, whether it be in Sámpi, New Zealand, or the USA. That also makes the history of filmmaking somewhat similar.

To use Merata’s words, “I’ve always felt strongly that our land gets taken, the fisheries and forests taken, and in the same category is our stories.”

In Sápmi — the area of Norway, Sweden, Finland, and Russia — we have no such inclusion policies. After the success of Amanda Kernell’s narrative feature Sámi Blood in 2016, the non-Sámi saw how it was critically acclaimed, and a hunger for Sámi stories arose. Suddenly our stories had value, after being recognized by the leading film festivals in the world.

The ownership of Sámi stories — all Indigenous stories — should and shall be with us.

As I work on my first feature, I Love My Guođoheaddji, I want to change the structure of how films are produced. I want the majority of ownership of our filmmaking to lie within our people. I can sometimes feel the burden of this goal, but I remind myself of all the Indigenous filmmakers who once were the first to do something.

I humbly step down the paths that other Indigenous filmmakers have tread before me, such as Merata Mita — trailblazers clearing the road for us to come behind. If not for them, the road would still be unpaved. And I hope that one day someone can walk in the new paths I have tread.

When Merata Mita explained why she, as an Indigenous woman, was to the one to tell a story on film versus a non-Indigenous filmmaker, she said, “The reason they gave me for wanting me to make the film, rather than, say, television or other people in the media, was that they felt it was important that, for once, the story should be told as it is felt by Máori people.”

Her work and words remind me of how connected the Indigenous film community is, as her words ring true to this day. And I want to end by borrowing her words: “For once, the story should be told as it is felt by Sámi people.”