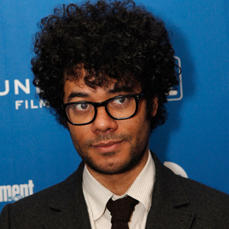 British comedian and filmmaker Richard Ayoade is perfectly aware how sappy and indulgent some coming-of-age films can be. Submarine, his first narrative feature, is a coming-of-age movie, set in Wales. “Often coming-of-age films tend to be based on the filmmaker or author and there’s this tendency for the character to be sainted,” Ayoade says. “And I liked that this character was pretty mean-spirited.”

He’s referring to Oliver Tate, the obnoxious, slightly dorky, and befuddled protagonist of Ayoade’s funny and tender movie about Oliver, played knowingly by Craig Roberts. Despite his weaknesses, however, there’s something funny and endearing about Oliver – more than anything else, Oliver is utterly, and understandably, baffled by adolescence and its odd, cruel rites, and you sense he wants, more than anything, just to save face.

There are two things Oliver is determined to accomplish as he’s on the cusp of turning 15: he must lose his virginity, and he must address and resolve his father’s depression and his parents’ apparent lack of intimacy (Oliver knows this is the case because he’s been monitoring the dimmer switch in his parents’ bedroom). “I know when they have been at it because the next morning the dial will still be set to halfway,” Oliver explains in Joe Dunthorne’s critically lauded 2008 novel Submarine.

Submarine is clearly the product of an experienced comic: it’s at times laugh-out-loud funny, then slyly, winkingly funny. The director is pushing degrees of comedic buttons throughout the film, and enjoying it. Ayoade doesn’t shy away from the story’s darker elements, but Submarine is also uplifting. Ayoade admired Dunthorne’s novel so much he gave Dunthorne various drafts of his adaptation to see what he thought (“he was very accommodating and I never felt he was overly worried; he was a relaxed and great presence,” Ayoade says about the novelist).

Judging from what’s been written about him, Ayoade (pronounced eye-oh-ah-day) is entirely unlike Oliver. Oliver refuses to return his girlfriend Jordana’s phone calls when her mother is undergoing brain surgery, and he likes to occasionally quiz each of his parents on who they would rescue first if their house was on fire. Like Holden Caufield or Harold of Harold and Maude, Oliver is fiercely observant of other people’s foibles, despite his inability to train his caustic insight on himself.

But Ayoade is apparently the most self-effacing, unassuming person in all of the United Kingdom. When Submarine screened at the Toronto International Film Festival last year, one of his interviewers noted that, “[Ayoade] delicately eats a cheeseburger with a knife and fork. He does this in the most unobtrusive way possible. After a short time, it’s easy to forget the burger is even on the table. His manners are impeccable.” The same writer noted that after Ben Stiller, one of Submarine’s executive producers, praised Ayoade on stage at the Toronto festival, the director looked like “a victim of mistaken identity.”

Ayoade is a director of hip bands’ music videos, including work for Arctic Monkeys, Vampire Weekend (Ayoade directed the famous Wes Anderson-inflected “Oxford Comma” video), and the Yeah Yeah Yeahs, among others. He likes directing videos because “it’s interesting to do something less verbal” than comedic work, he says. But Ayoade is most famous in the U.K. for playing Maurice Moss, that country’s favorite nerd on the TV comedy The IT Crowd.

Un-ironic and uncorrupted, there seems to be something of Maurice in Ayoade, despite the fact that the Guardian claimed in 2008 that Ayoade was “one of the coolest men in the capital.” The only child of a Norwegian mother and Nigerian father, Ayoade’s voice is soft-spoken and kind. You get the sense he would rather not be the subject of attention. When asked what he likes most about directing, Ayoade doesn’t mention anything about himself, or about transmitting his own vision to audiences. “I found the most pleasing aspect of it was working with actors and just generally working with the head of each department” in Submarine’s crew, he says.