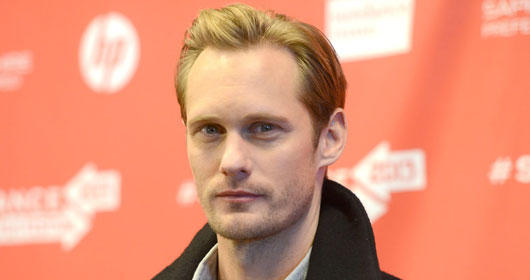 Chad Burris is a producer and actor, known for Splinter (2008), The Killer Inside Me (2010), Four Sheets to the Wind (2007), and Ass Backwards (2013). He has been a long Sundance Institute supporter having participated in the Creative Producing Lab, Native Producers Workshop, and as a NativeLab Fellowship Advisor in 2013.

R. J. Cutler is an Oscar-nominated and Emmy-winning director and producer best known for such films as The War Room (1993), A Perfect Candidate (1996), The September Issue (2009) and The World According to Dick Cheney (2013), and such television series as American High (2000), Freshman Diaries (2003), 30 Days (2005) and Nashville (2012). His first narrative feature, If I Stay, stars Chloe Grace Moretz and will be released by MGM and Warner Brothers this coming August.

Cherry Jones is an American actress and recipient of the 2009 Primetime Emmy Award for Outstanding Supporting Actress – Drama Series and the 1995 and 2005 Tony Award for Best Performance by a Leading Actress in a Play. She was featured as an actor in Swimmers and at the 2012 Sundance Institute Theatre Lab.

Diane Kruger (born Diane Heidkrüger; July 15, 1976) is a German actress and former fashion model. She is known for roles such as ‘Helen’ in Troy, ‘Dr. Abigail Chase’ in National Treasure and its sequel, ‘Bridget von Hammersmark’ in Inglourious Basterds, ‘Anna’ in Mr. Nobody, ‘The Seeker/Lacey’ in The Host,and ‘Gina’ in Unknown. As of July 2013, she stars as ‘Detective Sonya Cross’ in the FX television series The Bridge. She has appeared in both Mon Idole and Better Angels which have played at the Sundance Film Festival.

Chris Milk is an artist, director, and photographer who has created music videos for Kanye West, Arcade Fire, Johnny Cash, Norah Jones, Jack White, U2, Gnarls Barkley, Green Day, and many more. Known for his artistically and technologically innovative approach to cross-media storytelling, Milk’s acclaimed interactive projects include The Johnny Cash Project and Wilderness Downtown (with Arcade Fire). His interactive installation artworks have been shown around the world including New York City’s MoMA and London’s Tate Modern.

Jason Reitman (born October 19, 1977) is a Canadian/American  film director, screenwriter, and producer, best known for directing the films Thank You for Smoking (2005), Juno (2007), Up in the Air (2009), and Young Adult (2011). As of February 2, 2010, he has received four Academy Award nominations, two of which are for Best Director. Reitman is a dual citizen of Canada and the United States. He is the son of director Ivan Reitman. He has directed several projects that have been shown or developed by Sundance Institute including Operation, Gulp, In God We Turst, Whiplash, and Thank You for Smoking.

Walter Moreira Salles, Jr. (born 12 April 1956) is a Brazilian filmmaker and film producer of international prominence. Salles’ first notable film was Terra Estrangeira (Foreign Land), released in Brazil in 1995. In 2003, Salles was voted one of the 40 Best Directors in the World by The Guardian. His biggest international success has been Diarios de Motocicleta (The Motorcycle Diaries), a 2004 film about the life of young Ernesto Guevara, who later became known as Che Guevara. It was Salles’s first foray as director of a film in a language other than his native Portuguese (Spanish, in this case) and quickly became a box office hit in Latin America and Europe. In 2012 Salles released José Rivera’s screenplay adaptation of Jack Kerouac’s On the Road, with Francis Ford Coppola producing. The film was nominated for the Palme d’Or at the 2012 Cannes Film Festival.

Lynn Shelton is an American director known for writing, directing, and producing such films as Humpday, Your Sister’s Sister, and Touchy Feely. Shelton grew up in Seattle. She describes herself as having been audacious as a young girl, but having lost confidence in her creativity in adolescence. This experience contributed to a theme she explored in her 2005 film We Go Way Back.

Alexander Skarsgård is a Swedish actor. He has been featured on HBO’s Generation Kill and True Blood. Alexander has appeared in a number of film projects including the remake of Straw Dogs (2011), Melancholia (2011), written and directed by Lars von Trier, the action Sci-Fi film Battleship (2012), The East (2013), directed by Zal Batmanglij, and most recently The Diary of a Teenage Girl, written and directed by Sundance Institute Fellow, Marielle Heller.

Jenny Slate (born March 25, 1982) is an American actress, stand-up comedian, and author best known as the creator of the Marcel the Shell With Shoes On short films, which was also spun-off into a children’s book. She is also known for her season as a cast member on Saturday Night Live from 2009–2010, as well as for her recurring roles on House of Lies, Parks and Recreation and Kroll Show. Slate premiered Obvious Child at the 2014 Sundance Film Festival.

Adam Smalley is a film music composer and entrepreneur. Alongside his long time partner, Hans Zimmer, Smalley has been a music editor and or supervisor on Divergent, Now You See Me, Gangster Squad, The Twilight Saga, Kung Fu Panda, The Lion King, and Wayne’s World to name a few. Smalley has also served as a creative advisor on the Sundance Institute Composers + Documentary Lab and presented at the Composers Lab.

Roger Ross Williams (born April 13, 1973) is an American television news, documentary and entertainment director, producer, and writer. He directed most notably Music by Prudence that won the Academy Award for Best Documentary (Short Subject). Roger Ross Williams is the first African American director to win an Academy Award in the category of Documentary Shorts, and the first ever African American director to win an Academy Award for directing and producing a film, short or feature. His most recent film, God Loves Uganda, premiered at the Sundance Film Festival in 2013.