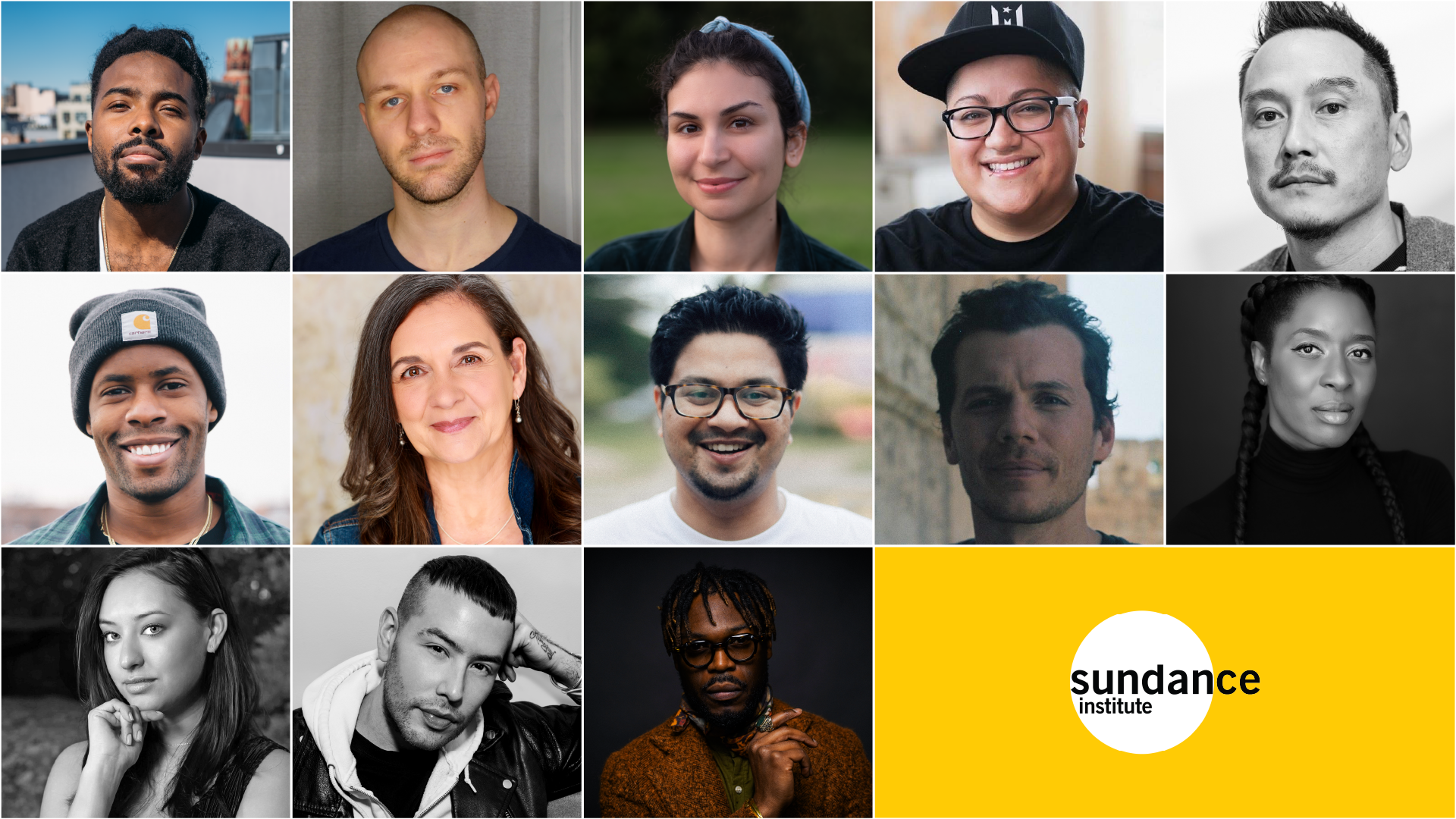 “We’re thrilled to be bringing together such a dynamic and memorable group of storytellers developing work with bold vision and  unique, necessary perspectives,” said Ilyse McKimmie, deputy director of the Feature Film Program. “We look forward to continuing our creative and strategic support of them as they develop their debut features, and we’re excited to welcome them into the vibrant community of Sundance artists.”

The Sundance Institute Screenwriters Intensive is made possible with leadership support from the Will and Jada Smith Family Foundation.

Two of the Screenwriters Intensive fellows in this year’s group will receive additional support from Sundance Institute partnerships: A.K. Espada is the recipient of the inaugural Sundance Institute Horror Fellowship, made possible by support from K Period Media Foundation Fund, and Nuhash Humayun is the recipient of the 2022 Sloan Development Fellowship.

The projects and fellows selected for the 2022 Sundance Institute Screenwriters Intensive are:

Marissa Chibás (writer/director) with 72 (U.S.A.): Fiercely independent 18-year-old Cuban American Viv celebrates New Year’s Eve with her family and friends in 1972 Manhattan — surrounded by Watergate, the Vietnam War, and explosive social unrest. Viv spends the wildly festive night gathering the courage to tell her parents a deep secret she has been afraid to share.

Marissa Chibás is a writer and filmmaker.  Her films have screened at Anthology Film Archive, NewFilmmakers LA, San Diego Latino FF, Fabrica De Arte in Havana, Barcelona International FF, and the Cuban American FF, for which she won a best documentary award, among others.  Chibás is director of Duende CalArts.

Walé Oyéjidé, Esq. (writer/director) with Chiaroscuro (U.S.A.): In a Sicilian town, a woman trafficked from West Africa dreams of using dance to escape, while a foreign fisherman becomes a symbol after rescuing migrants from the sea. Emboldened by memory and the magic of their distant homes, the two travelers pull away from the shackles that bind them.

Glenn Kaino (writer/director) with Fox & Stork (U.S.A.): A Chinese American family is mistakenly imprisoned in a Japanese American Concentration Camp. Inside, they befriend a Japanese American family, and under the pressure of imprisonment learn that their similarities outweigh their differences. In the end, a foiled escape attempt leads to a life-changing sacrifice and solidifies enduring relationships and alliances.

Mamoudou N’Diaye (writer/director) with Freelancers (U.S.A.): Four freelancing friends discover that a billionaire has been holding up their paychecks, so they hatch a plan: Rob the billionaire (just a little).  When their plan goes wrong, their alliances, friendships, and commitment to their community are put to the ultimate test.

Mamoudou N’Diaye is a Mauritanian American comedian, writer, and DJ with a degree in neuroscience. A 2019 Yes And Laughter Lab Winner, 2020 Sundance Fellow, 2021 Film Independent Fellow, and writer for Netflix, ABC, and others, N’Diaye’s art explores abolitionist politics, healing traumas through art, and tries to create more space than it takes up.

Gabby Rivera (writer) with Juliet Takes a Breath (U.S.A.): Juliet Palante is a Puerto Rican baby-dyke from the Bronx. And maybe a feminist? After coming out, Juliet heads cross-country to intern with her favorite author, hoping to figure out this whole “Puerto Rican lesbian” thing. Braving problematic sheroes and queer dance parties, Juliet finds herself coming into full bloom.

Gabby Rivera is a queer Puerto Rican babe on a mission to create the wildest, most fun stories ever. Her debut novel Juliet Takes a Breath, published by Penguin Random House in 2019, was called “f*cking outstanding” by Roxane Gay. Rivera is the first Latina to write for Marvel Comics.

Nuhash Humayun (writer/director) with Moving Bangladesh (Bangladesh/U.S.A.): Stuck in traffic and in life, a struggling Bangladeshi entrepreneur creates an app that may change transport in developing countries forever, but must first overcome his skeptical family. Based on the true story of Pathao co-founder Elius Hussain, the first Bangladeshi on Forbes’ “30 under 30.” Recipient of the 2022 Sloan Development Fellowship.

Tania Taiwo (writer/director) with Pharmacopeia (U.S.A.): A Black pharmacist grappling with insurmountable debt and the death of her mother becomes a drug dealer in order to save her family’s legacy.

Tania Taiwo is a writer/filmmaker based in New York City. A 2021 Sundance/Alfred P. Sloan Commissioning Grantee, her short film Pharmacopeia has been selected for film festivals around the world, including The Palm Springs Shortfest, where it received a Best U.S. Short, Special Mention for Stylistic Vision and Emerging Talent.

Andre Muir (co-writer/director) and Jake Hutton (co-writer) with The Predicament (U.S.A.): After being arrested for an unknown crime he didn’t commit, Jamal Jackson is forced to survive and navigate an uncanny, draconian justice system, propelling him down a rabbit hole of escalating paranoia, disillusionment, and violence. Hilarity ensues.

Jake Hutton is a 29-year-old writer from Chicago. He attended Columbia College and has worked in film, blogging, and ghostwriting for 10 years. In 2018, Hutton co-wrote the award-winning short film 4Corners. In his work, he seeks to find truth in the twisting and exaggeration of reality.

Tommy Pico (writer) and Tazbah Rose Chavez (director) with Sometimes (U.S.A.): Tommy is a “sometimes” person: sometimes Brooklyn, sometimes rez, but never both. When his best friend becomes a punk singer, a dream Tommy wanted for himself, his identities begin to overlap against a backdrop of punk music, ceremony, and the ghost of an ex he killed on the rez.

Tommy Pico is a poet, podcaster, and TV writer. He’s authored the poetry collections IRL, Nature Poem, Junk, and Feed; co-hosts the podcasts Food 4 Thot and Scream, Queen!; and writes on Reservation Dogs and Resident Alien. Originally from the Viejas Indian reservation of the Kumeyaay nation, he now lives in Los Angeles.

Tazbah Rose Chavez is a performance poet turned television writer and director (FX’s Reservation Dogs, Peacock’s Rutherford Falls, Syfy’s Resident Alien). She comes from the Diné, Nüümü, and San Carlos Apache people. Raised in her tribal community in Payahuunadu, she is a citizen of the Bishop Paiute Tribe.

A.K. Espada with This Is Our Home (U.S.A.): When their apartment’s rat infestation escalates, a bleeding-heart vegan and her activist roommates find themselves at odds over inhumane methods of eliminating the creatures, throwing them into an ethical quandary that exposes their privilege, hypocrisy, and cruelty.

A.K.’s work explores the realms of psychological horror and fantasy. Her background in the art department in the film industry makes worldbuilding her greatest strength. Recent accolades include an Audience Award from Brooklyn Horror Film Festival for her short This Is Our Home. Recipient of the Sundance Institute Horror Fellowship, supported by the K Period Media Foundation Fund.

Ramzi Bashour with Tomahawk Springs (U.S.A.): After 17-year-old Daniel is expelled from high school in Indiana, his Lebanese mother Layal decides it’s best he move out to his father’s place in California. Agreeing to meet him halfway in New Mexico, mother and son — two formidable opponents — journey the road west, stopping at diners, motels, and hot springs along the way.

Ramzi Bashour is a Syrian American filmmaker based in New York. He grew up in Beirut, Lebanon, and over the years has worked in kitchens and journalism, as well as a teacher, musician, and videographer. He studied creative writing at Indiana University and received his MFA from NYU’s Graduate Film program in 2020.

As a champion and curator of independent stories for the stage and screen, the Sundance Institute provides and preserves the space for artists in film, theater, film composing, and digital media to create and thrive. Founded in 1981 by Robert Redford, the Institute’s signature Labs, granting, and mentorship programs, dedicated to developing new work, take place throughout the year in the U.S. and internationally. Sundance Collab, a digital community platform, brings artists together to learn from each other and Sundance advisors and connect in a creative space, developing and sharing works in progress. The Sundance Film Festival and other public programs connect audiences and artists to ignite new ideas, discover original voices, and build a community dedicated to independent storytelling. The Sundance Institute has supported such projects as Clemency, Never Rarely Sometimes Always, Zola, On the Record, Boys State, The Farewell, Honeyland, One Child Nation, The Souvenir, The Infiltrators, Sorry to Bother You, Won’t You Be My Neighbor?, Hereditary, Call Me By Your Name, Get Out, The Big Sick, Mudbound, Fruitvale Station, City So Real, Top of the Lake, Between the World & Me, Wild Goose Dreams and Fun Home. Join the Sundance Institute on Facebook, Instagram, Twitter, and YouTube.