Listening to the Story: A Peek Inside Sundance Institute’s Composers Lab 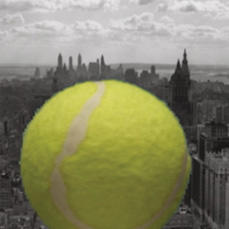 Regardless of the size and type of a film, music plays a crucial role in setting its tone. Whatever plays over the speakers alongside the image, actors, and script, is going to alter how the audience perceives the movie.

The trick is enhancing the goals of the film, accompanying what the other aspects of the film are doing, while leaving room for the movie itself. A comedy doesn’t just need a funny score—the music could work against what is happening with the characters and plot to enhance the comedy.

In the yearly Sundance Institute Composers Lab, one exercise asks the Fellows to write music to the same scene. Peter Golub, the Director of the Film Music Program, says it’s fascinating to see how “six different pieces set to the exact same scene register a different take on the film to the audience. It could make something dangerous, or the score could identify with one character over others. The music that is chosen for the film is part of the storytelling.”

“Having run the Composer Labs for the last 11 years,” Golub says, “the big takeway lesson is that you don’t have to do a lot. With Festival films, a limited budget forces certain creative solutions—where you might automatically use an orchestra, it forces people to come up with novel approaches.”

With the old Hollywood studio system, the norm was German operatic scores with orchestras. Today’s independent film world is wide open to the range of divergent indie filmmakers. “Some have the knack,” Golub says. “It’s interesting to see who’s not only writing for a larger vision, taking criticism and making changes, but who has the ability to write music that’s not like Teflon; it actually sticks to the movie.”

This year’s Festival features some indie legends. Carter Burwell, who has provided music for every film the Coen Brothers have made, is the composer for HOWL. Ryuichi Sakamoto, composer for films for everyone from Oliver Stone to Pedro Almodóvar has worked on this year’s Women Without Men.

Bands are in the mix as well. Popular indie rock band Grizzly Bear made the music for Blue Valentine. Socially conscious hip hop group The Roots provides the soundtrack for Night Catches Us. And the unique world of Muslim punk rock fuels The Taqwacores, also featuring music by Omar Fadel, a longtime composer of television work.

Meanwhile, some bands are the center point of the entire film. Califone not only made the music for All My Friends Are Funeral Singers, but act and perform as characters in the film that band member Tim Rutili wrote and directed. The entire soundtrack of ODDSAC is from the atmospheric powerhouse band Animal Collective.

Documentaries have also become fertile ground for movie scores. Golub composed the music for Countdown to Zero, a new documentary about the proliferation of nuclear weapons, directed by Lucy Walker.

“Because it’s a very serious and dark subject,” Golub says, “there was a need for it to be gripping and suspenseful. But we had to also keep the energy up and not have it become a downer.” Golub had to work with lots of information the film was giving out, plus talking head footage, and it all needed to stay compelling while not getting ahead of the story.

Sometimes in order to see the whole story, you need to hear it.