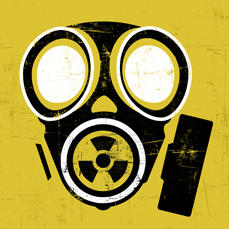 You won’t find Lance Weiler wringing his hands over the uncertain future of visual media. Instead he’s evolving alongside the changing industries, experimenting with new forms, new models, and new concepts, making waves as much as he’s riding them. Bringing a shrewd business sense to the development of his projects, he can sound more like a marketing wonk than a filmmaker, and yet he always manages to circle back to the power and promise of storytelling.

The 41-year-old DIY-guru has written, directed, and self-distributed two features, The Last Broadcast (1998) and Head Trauma (2006), founded The WorkBook Project, an online and traveling network for sharing creative solutions, and a production company, Seize the Media, which specializes in the emerging realm of transmedia. It’s Weiler’s work in transmedia—the telling of stories across multiple digital and real-world formats—that brings him to the Festival’s New Frontier.

In advance of his next feature, Hope Is Missing, or HiM, which begins shooting in 2011 and for which he attended the 2010 Sundance Screenwriter’s Lab, he’s launching Pandemic 1.0, a kind of 21st century “happening” that promises to incorporate film, mobile devices, print, data visualization, and online and real world spaces. After experimenting with transmedia game-play pegged to the release of Head Trauma, Weiler has more expansive plans for his latest project. He talked to us in advance of Pandemic 1.0’s Park City outbreak.

Outside of extending the story world of HiM, what motivates the Pandemic project?

I’m very interested in the idea of story R&D, which borrows from the software industry, where they spend time doing research and development. The reason the project is called Pandemic 1.0 is because it’s very much an R&D effort around transmedia. We live in an age where the new language is data, and I’m interested in how data can be abstracted or visualized to connect people in interesting ways, and what that means in terms of the growth of a story over a period of time.

Is the project completely open-ended or are there parameters set by the overarching story?

There’s a very concrete story to Pandemic, and to Hope Is Missing, with a beginning, middle, and end, and with characters fully developed. What I’m doing now is kind of a theory I have, which is that of a bullet hole in glass. Now, I have a singular vision for the story I want to tell. But then as it cracks out, I leave room for the audience to be part of it in some way. I’m always looking for the audience to break it. When they do, it can lead to all these amazing discoveries. What seems like such a static, boring topic, like data, can be a very vivid storytelling tool.

I have very clear ideas about how I would like to do things, but in doing this R&D, it’s similar to when you do your homework or lots of writing; you find yourself, with each draft, discovering something more. We’re in the very early stages of these concepts. People are still trying to figure out, say, how to effectively use Twitter. I know it was used around the Haitian earthquake and during the rebellion in Iran. But what does it really mean to story? There’s something larger that’s going on there, there’s social behavior that I find very interesting. So Pandemic 1.0 plays with a lot of those ideas. How are people connected, and what does that connectedness mean? Is the pandemic social media? What is it symbolically?

How will Pandemic 1.0 spread into the real world of Park City? What will it look like for active or passive participants—how will they access it?

The story of Pandemic is that the youth have started to witness these strange nocturnal behaviors by the adults, who start transforming and disappearing, and start to exhibit these strange hive-mind abilities. With Pandemic 1.0 we’re unleashing what effectively feels like an entry into a global experience. Something’s going on but you’re not quite sure exactly what it is.

When you go to New Frontier [at the Historic Miners Hospital, 1354 Park Avenue across from the Library Theatre in Park City] and look at the visualization, it’s as though you’re stepping into a mission control space. How is this thing spreading? Pandemic 1.0 centers around a data visualization, which pulls from a variety of things that are happening online as well as in and around Park City, all in real time. Certain elements will be put into the real world that people will be able to find, touch, or experience. It might involve actual locations that they go into, that take them into the story world, or it might involve coming into contact with these thematic totems that are used within the story.

The totems are physical and they’ll have small time-lapse cameras and GPS trackers in them. Wherever they’re documented in Park City will have direct effect on what’s happening at Mission Control. So you’ll have a global view, and you’ll have a local view. And you’ll be able to see how the pandemic is spreading internationally and locally. The behaviors that are happening around Park City are used as a model, an abstraction that creates a layer within our story world. It’s a hybrid, participatory story that doesn’t necessarily require the participants to be fully aware of it all. In some cases some people won’t even know that they were part of the modeling.

I don’t think there’s so much to teach. Perhaps it’s generational, but I think the audience already understands the behavior. They’re already doing it. They just don’t know that it’s transmedia. It’s the storytellers that are behind in actually developing innovative work that bridges these gaps, creating story bridges that will engage people while we’re dealing with the erosion of traditional media. Anyone who’s gone for a search online will find themselves, maybe hours later, someplace that they never expected. Some of that behavior is already inherent to a lot of people. They just don’t know it to be a storytelling path.

Since with transmedia you’re not working with linear narrative, is it even accurate to call it storytelling?

I think transmedia is a transitional term. I think it’s a term that was coined to define where we are in this moment in time. It’s not just about being on multiple screens, it’s the idea that a story can have multiple timelines. It can have a linear structure in one sense, in one of the strands, but you can also go vertically down through those timelines and jump into another line. In some ways I feel that I’m a story architect. Or an experience designer. I want to create experiences that hopefully evoke some sense of feeling or response, and that’s no different from when I’m writing or directing films, television, or games. I’m storytelling agnostic. I don’t want to be tied to a potential format or a certain running time. I want to be able to tell the story in the way that I want to tell the story, that’s most reflective of what I’m trying to say.

Is there any part of you that wants to put the genie back into the bottle?

No man, I love disruptive times. Out of disruption comes innovation, and out of innovation comes things that are not so top-down.