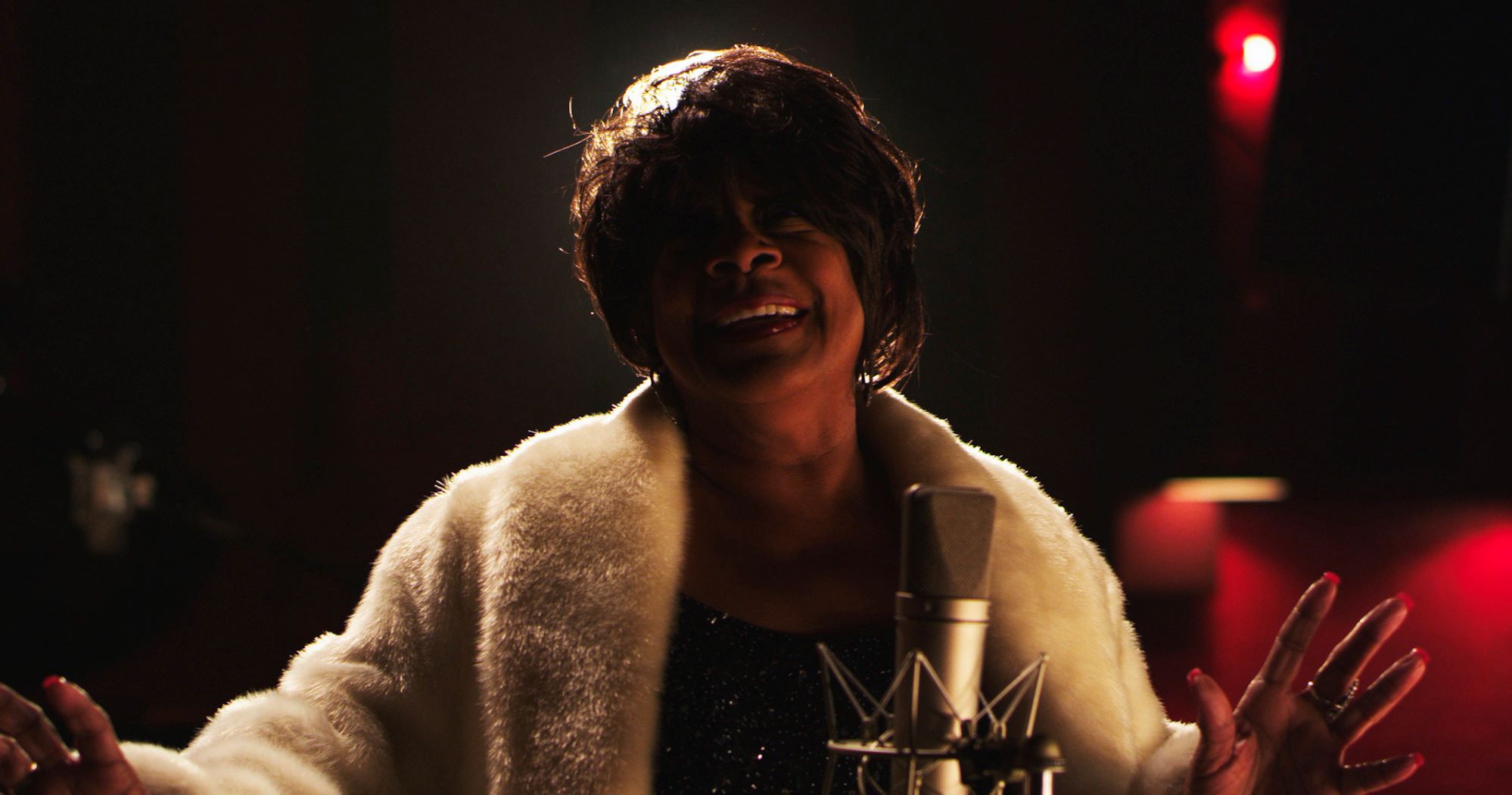 From the cool tones of Al Green’s “Let’s Stay Together” all the way up and beyond Lil Wayne’s beat-laden “Lollipop” and “A Milli” raps, the Sundance Film Festival has long been a place to experience the rich backstories of Black musicians and their influence on music worldwide.

The breadth of these films — mostly documentaries, and dating between 1985 and 2022 — is mind-boggling. We get recognizable names like Miles Davis, Nina Simone, A Tribe Called Quest, Wu-Tang Clan, and the rapper we’ve all known as Kanye West. Plus, we learn about the lesser-known throat singing of Paul Pena, the country blues of Howard “Louie Bluie” Armstrong, and the Afrobeats of Nigerian Fela Kuti.

Director Morgan Neville introduces us to the world of women backup singers during the 1960s–’80s — “the most incredible artists you’ve never heard of,” as he zealously describes them in his Meet the Artist video at the Festival. His 2013 film Twenty Feet From Stardom  revealed the contributions played by women like Rock and Roll Hall of Famer Darlene Love; the film earned an Oscar for Best Documentary in the process.

Neville’s film isn’t the only one that has received accolades. Pena’s story, Genghis Blues, drew a 1999 Audience Award in the documentary category at the Festival and a nomination for the Best Documentary Oscar. What Happened, Miss Simone?, the story of Simone’s musical genius and fervent activism, won an Emmy and was nominated for an Oscar. Fly by Night, a drama offering an insightful look into the rap scene, won the Filmmaker Trophy at the 1993 Festival.

The 2021 Festival’s Summer Of Soul (…Or, When The Revolution Could Not Be Televised) stands nominated for the feature documentary Oscar this March. It won both the Grand Jury Prize and the Audience Award in the documentary category at the Festival.

So, what better time for a chronological musical tour of our Sundance titles? Our story portrays the timeline by listing the year of the screening at the Festival in parentheses.

The Gospel According to Al Green (1985) — This film examines the relationship between Black secular music and the Black gospel style in the story of Al Green, the soul singer with such ’70s hits as “Tired of Being Alone” and “Let’s Stay Together.” Green left show business to become a minister in Memphis after a personal tragedy. Available on Tubi and IMDb.

Louie Bluie (1986) — Howard “Louie Bluie” Armstrong led one of the last Black string bands in America. He combined reverence and sacrilege in both his music —  a kind of country blues that mixed jazz, ragtime and gospel — and his art, including his “ABC’s of Pornography,” which he carried in a locked wooden case. Available to rent on Amazon Prime. 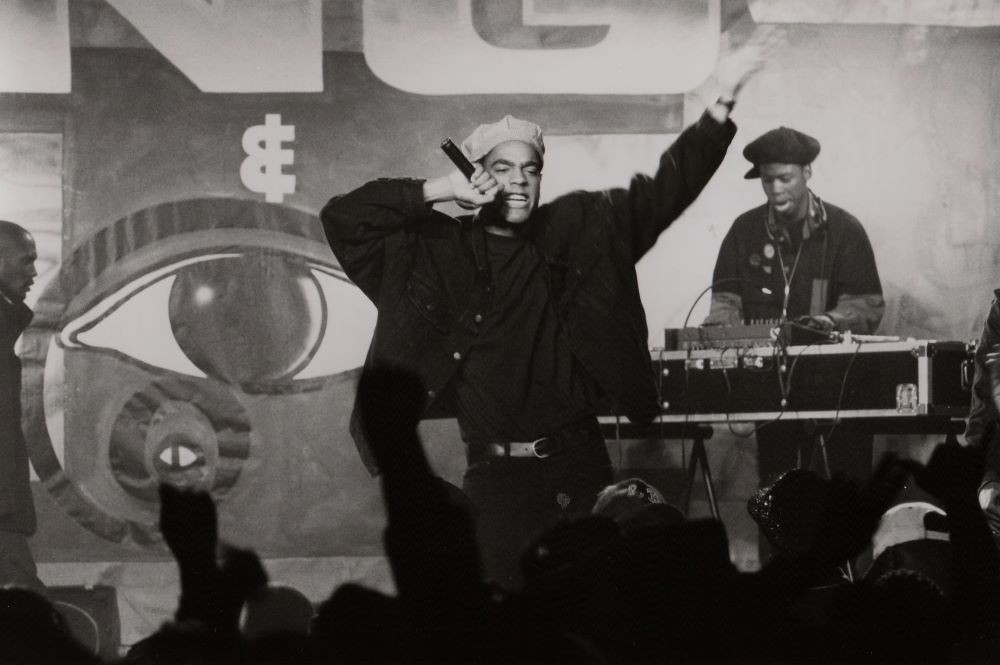 Fly by Night (1993) — This dramatic feature, which won the Filmmaker Trophy at the Festival, follows three New York City rappers who unite for a run at the big time. One problem is, Rich is a cool, softer rapper and I is an angry, explosive rapper. “The stories and various rap artists of Fly by Night document the fear, anger, and frustration which plague contemporary urban youth of all colors,” according to the Festival Program Guide. Available on YouTube. 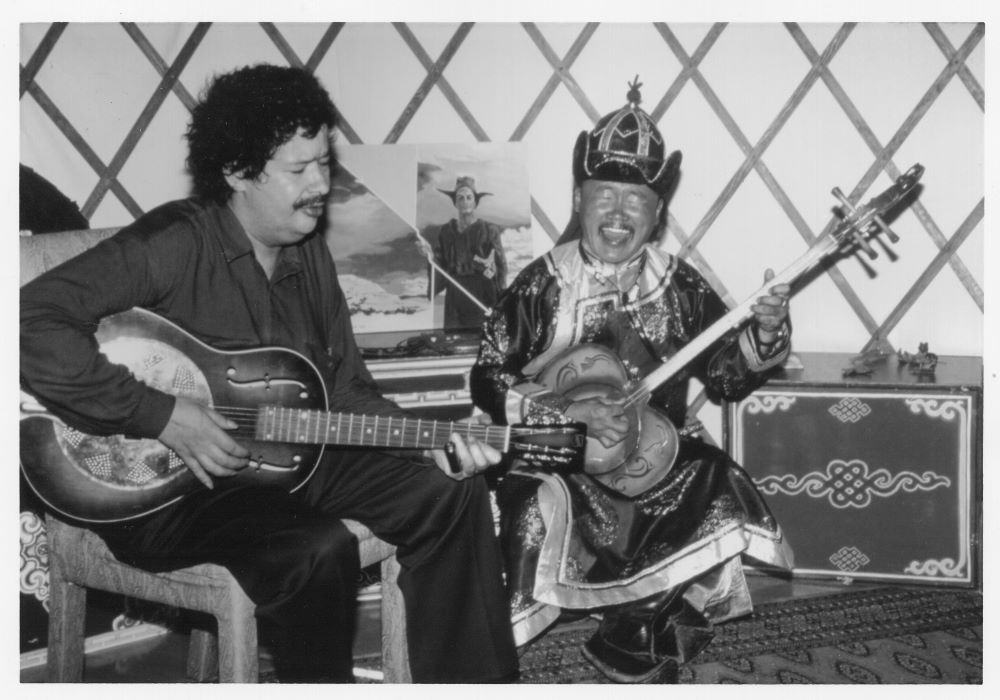 Genghis Blues (1999) — Blind blues legend Paul Pena taught himself the ancient art of Tuvan throat singing, a technique that allows the singing of up to four notes at once. He travels to Tuva for a national competition. “Where Pena suffers personal injustice from being black and disabled at home, he experiences overwhelming acceptance, respect, and admiration in Tuva,” wrote programmer Shari Frilot in the Festival Program Guide. The film won the Audience Award in the documentary category at the Festival and was nominated for a Best Documentary Oscar. Available on Tubi, Pluto, Roku, Hoopla, and Kanopy. 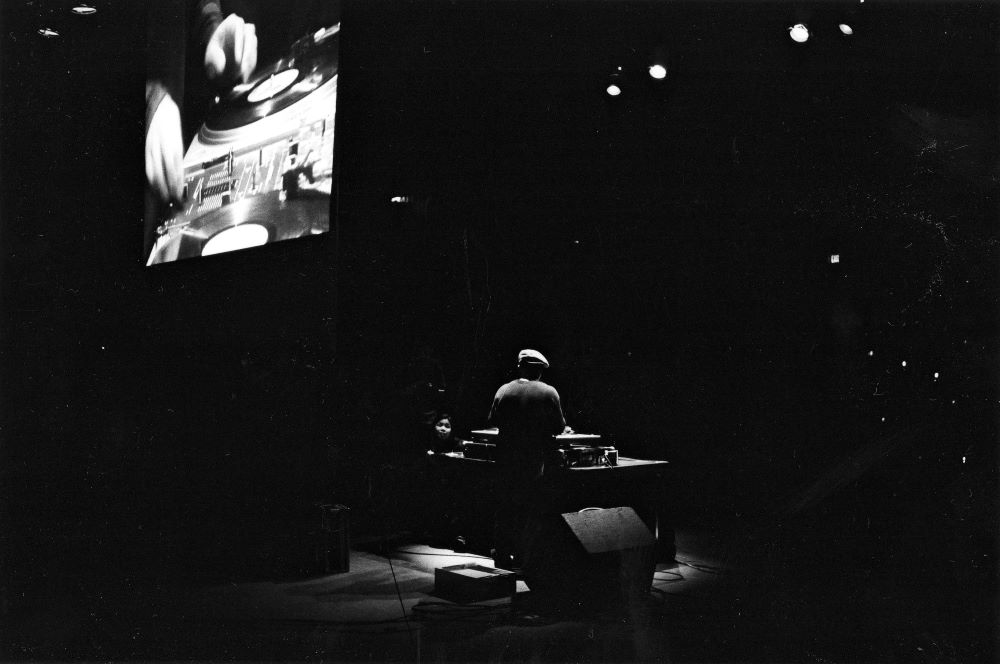 Scratch (2001) — This documentary explores the world of the party DJ. In the Festival Program Guide, Trevor Groth wrote: “Scratch explores the world of the hip-hop DJ from the birth of hip-hop, when pioneering DJs began extending breaks on their party records (which helped inspire break dancing and rap), to the development of scratching and beat-jungling vinyl, to the recent explosion of a genuine musical movement called ‘turntablism.’ ” Available to rent or buy. 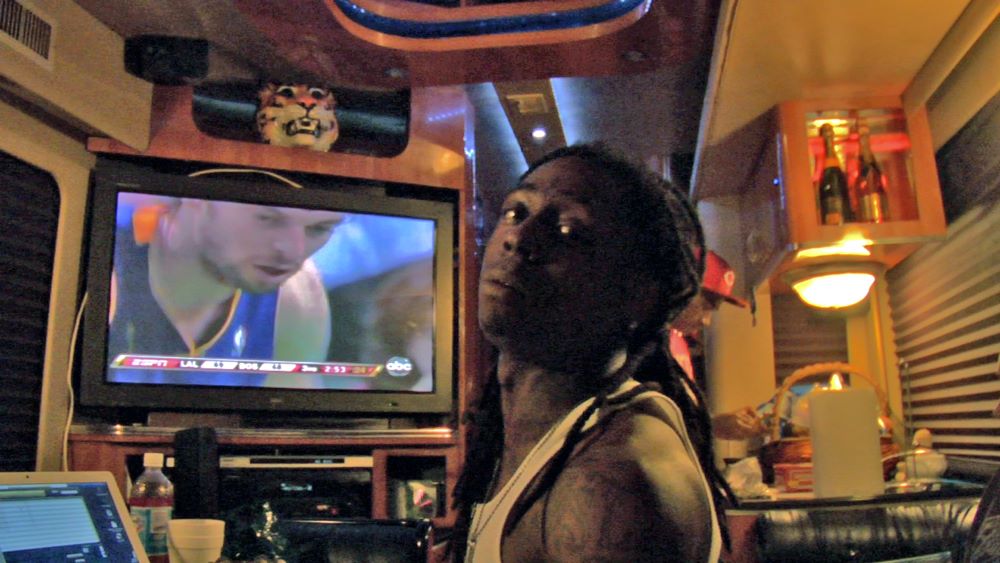 The Carter (2009) — Lil Wayne, aka Dwayne Michael Carter Jr., is one of the most influential rappers alive — often cited as the greatest rapper of all time. He carries a portable recording studio around in a black bag, allowing him to respond instantly to his creative urges, and setting him apart from the prefab crowd. The documentary combines intimate interviews and concert footage. Available to rent or buy. 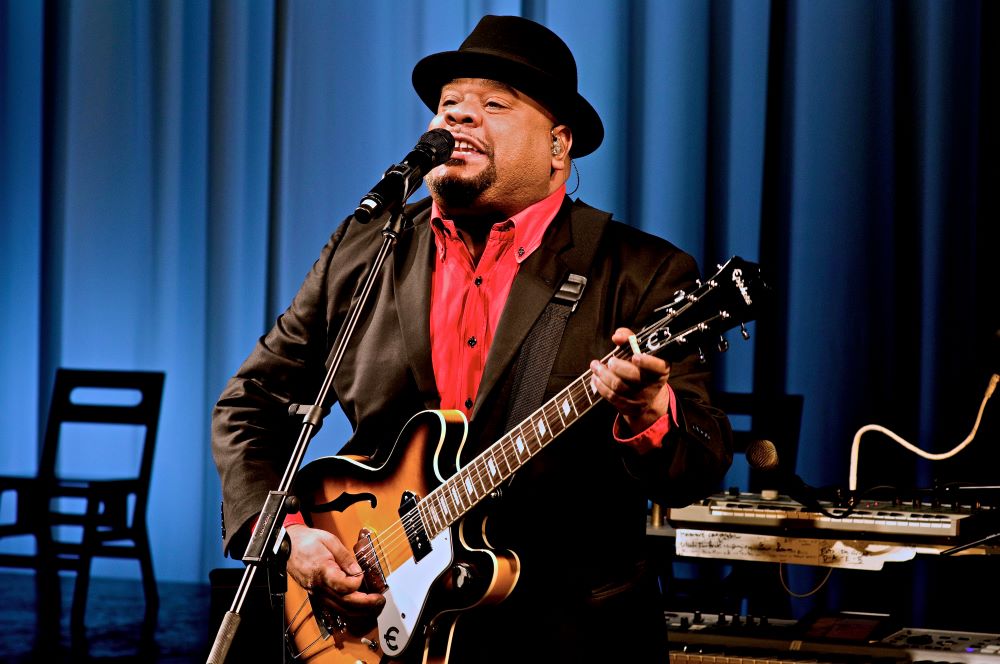 Passing Strange (2009) — Spike Lee captured the performance of the Broadway musical of the same name, incorporating backstage events for an enhanced, multilevel experience. The Broadway play was written by singer/songwriter Stew, with music co-written by his creative partner Heidi Rodewald. Stew narrates the film. Available on Plex. 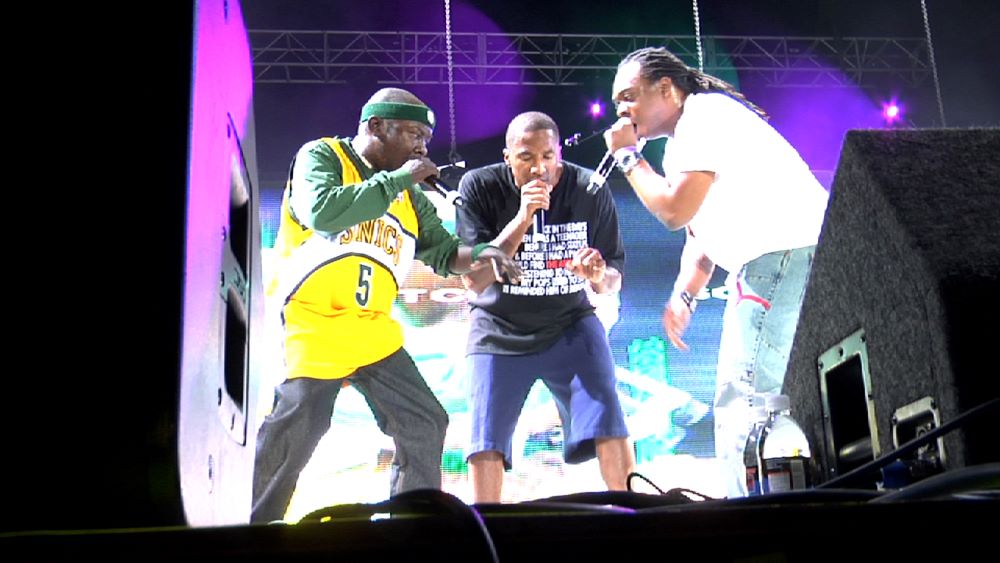 Beats, Rhymes & Life: The Travels of A Tribe Called Quest (2011) — Often called the pioneers of alternative rap, the band A Tribe Called Quest had a 20-year run of success before a bad breakup. “Its music became the anthem for cool and broke down barriers for people who had never before connected with hip-hop,” wrote Sundance programmer Trevor Groth in the Festival Program Guide. Available to rent. 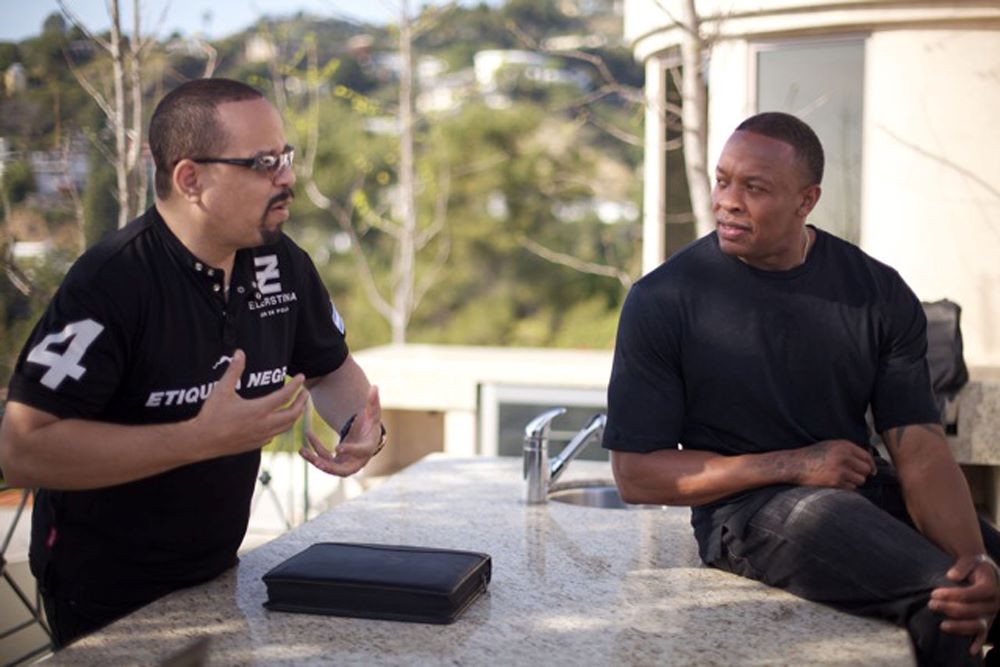 SOMETHING FROM NOTHING: THE ART OF RAP (2012) — Directors Ice-T and Andy Baybutt trace the history of rap music with unique, enlightening performances and conversations. “Ice-T travels from coast to coast, engaging intimately with the likes of Afrika Bambaataa, Grandmaster Caz, Nas, Mos Def, Eminem, Chuck D, KRS-One, Run-DMC, Dr. Dre, Ice Cube, and Snoop Dogg,” writes programmer Shari Frilot in the Festival Program Guide. “What emerges is a mighty soul tribute to the original American art form that brought poetry to a new generation.” Available on Fubo, Pluto, Plex, Tubi, and Amazon Prime. 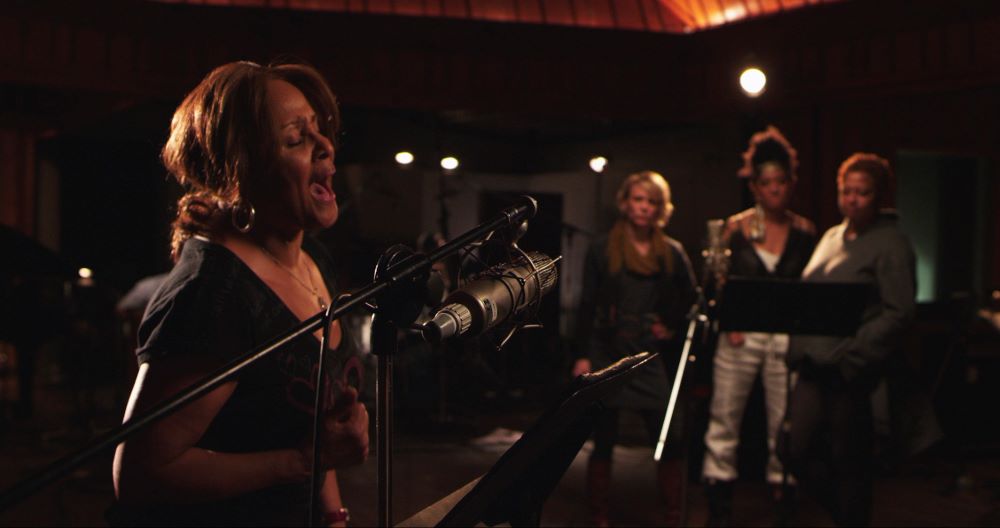 Twenty Feet from Stardom (2013) — This Oscar-winning documentary opens up the world of Black backup singers, primarily women, whose talent and art stand in the shadow of no one. Still, they never made the spotlight. Morgan Neville’s documentary reveals their backstories — and pays tribute to their role in rock music. Available on HBO Max. 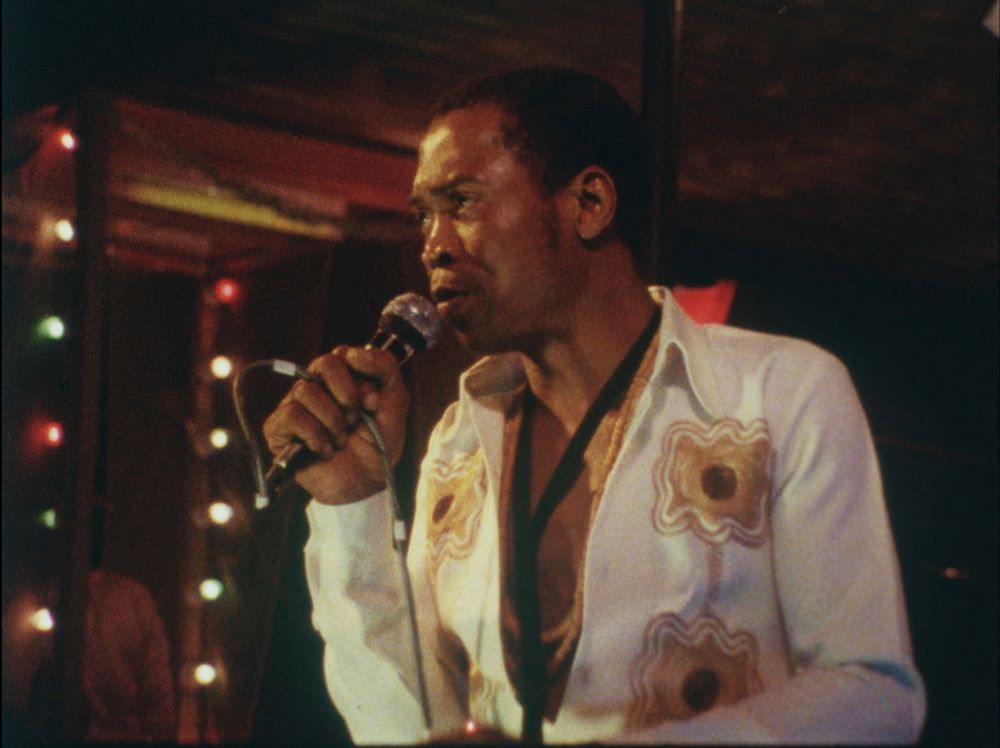 Finding Fela (2014) — Nigerian musician Fela Kuti’s confrontational Afrobeat sound made fans of his fellow Africans, but enemies of the Nigerian military regime. The Broadway show FELA! brought his music to the fore after his death. “Director Alex Gibney interweaves the show’s skillful staging with a treasure trove of period interviews and hypnotic performances to recapture the essence of the man, his music, and his enduring cultural and political relevance,” wrote Basil Tsiokos in the Festival Program Guide. Available on Tubi and Amazon Prime. 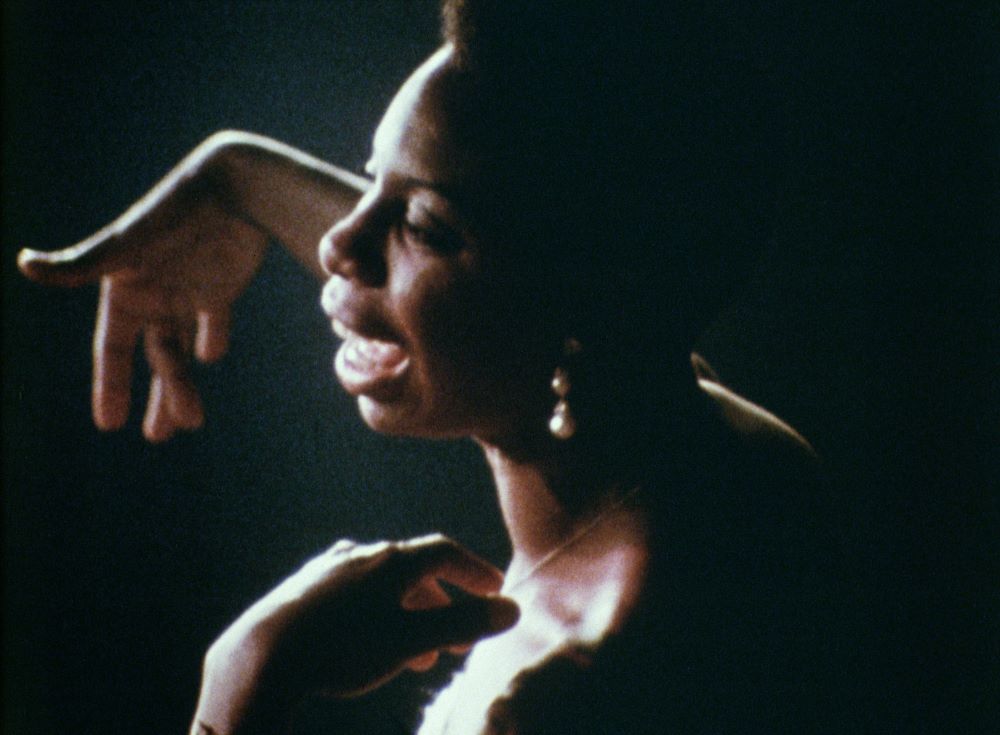 What Happened, Miss Simone? (2015) — This Primetime Emmy winner and nominee for a Best Documentary Oscar explores the magnificent voice and the Civil Rights activism of Nina Simone, known as The High Priestess of Soul. “Director Liz Garbus sensitively explores the constant state of opposition that trapped and tortured Simone — as a classical pianist pigeonholed in jazz, as a professional boxed in by family life, as a black woman in racist America — and in so doing, reveals a towering figure transcending categorization and her times,” programmer Caroline Libresco wrote in the Festival Program Guide. Available on Netflix. 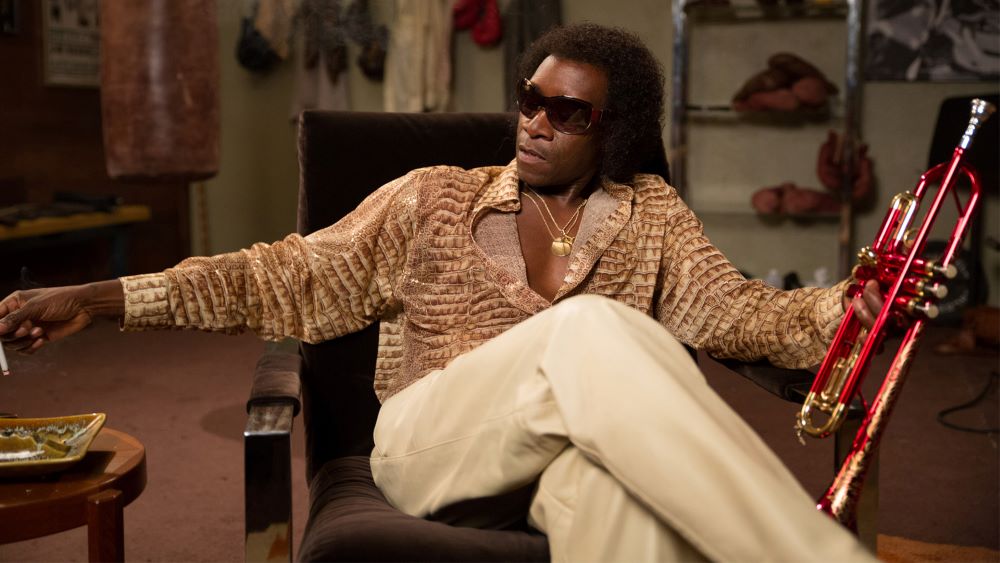 Miles Ahead (2016) — Don Cheadle directed, co-wrote, and played the lead role in this story of jazz icon Miles Davis. “Inspired by events in  Miles Davis’s life, this is a wildly entertaining, impressionistic, no-holds-barred portrait of one of twentieth-century music’s creative geniuses,” programmer Trevor Groth wrote in the Festival Program Guide. “Varying cinematic rhythms and beats are used to create a singular and intoxicating viewing experience as Cheadle displays a deep understanding of the man and his music.” Available on Starz. 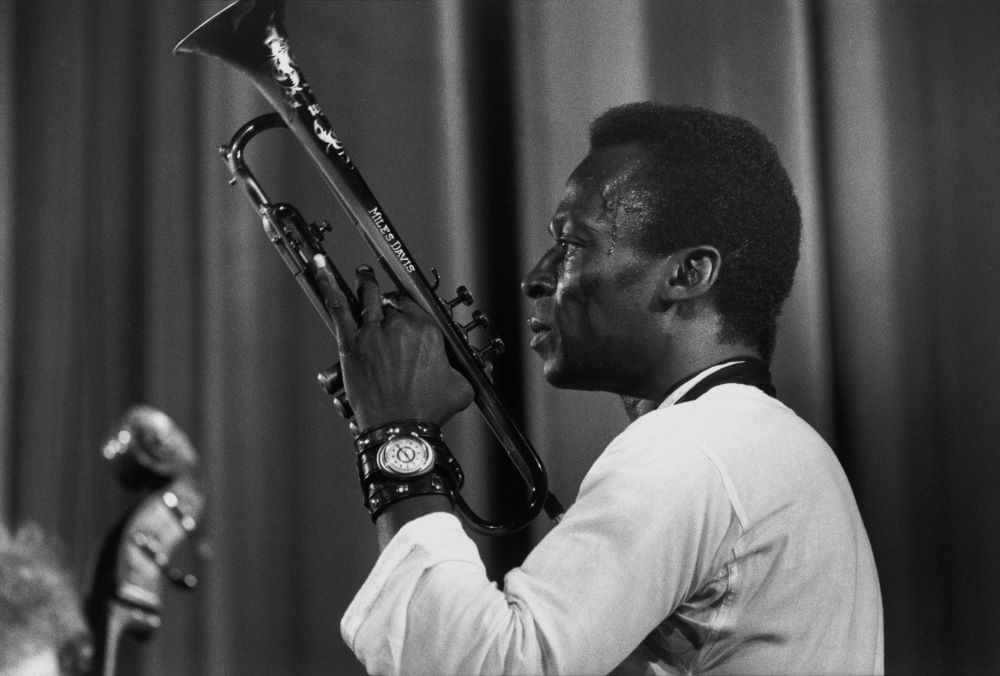 Miles Davis: Birth of the Cool (2019) —  Three years after the Cheadle film, this documentary added to the popular understanding of musician Miles Davis and his lasting influence on jazz — enhanced by the unearthing of new archival material and multiple interviews. According to the Festival Program Guide: “Director Stanley Nelson’s epic biopic collects the strands of a creative life and weaves them together for us to understand one of the great modern American artists like never before.” Available on Netflix. 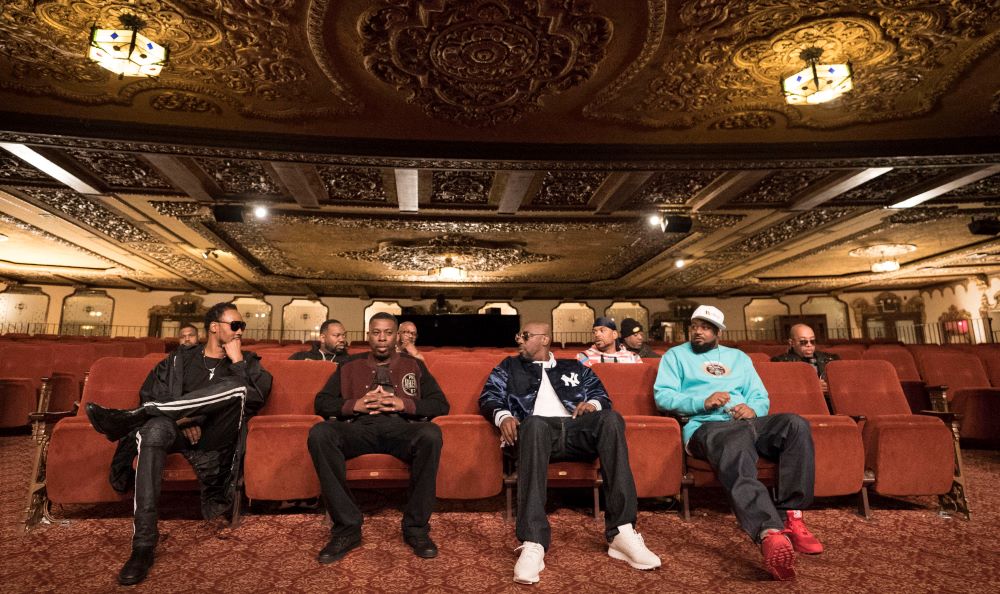 Wu-Tang Clan: Of Mics and Men (2019) — This limited docuseries about the seminal New York hip-hop group was nominated for a Primetime Emmy for its writing. “Director Sacha Jenkins poignantly captures their struggles and triumphs in intimate detail, creating a group portrait that transcends music and delves into broader themes of race, economic strife, and brotherhood while weaving their distinctly raw and resonant sound throughout,” according to the Festival Program Guide. Available on Showtime, Amazon Prime, and Fubo. 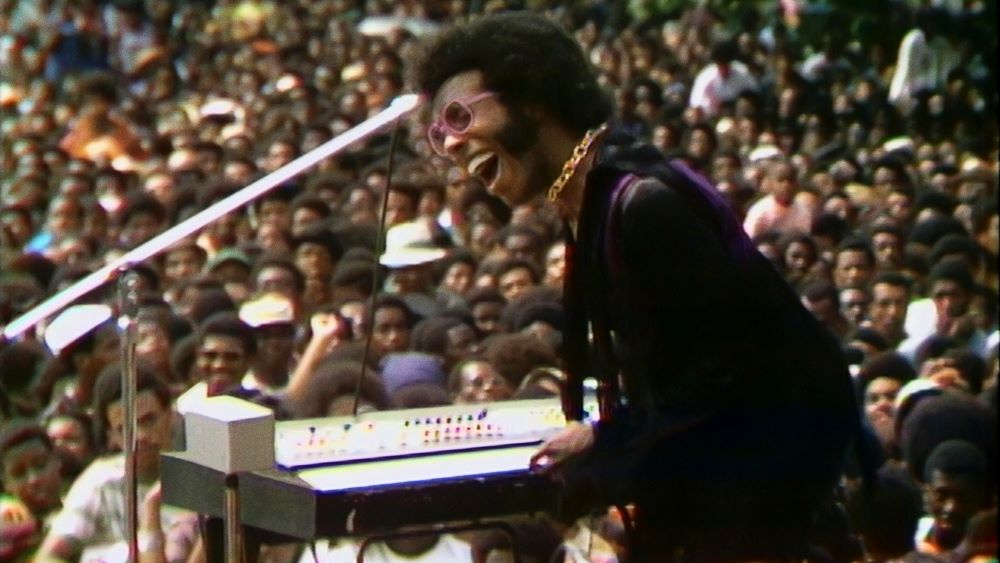 Summer Of Soul (…Or, When The Revolution Could Not Be Televised) (2021) — In his directorial debut, musician Ahmir “Questlove” Thompson told the story of an epic Black music festival, the Harlem Cultural Festival, held the same year as Woodstock. The event was filmed, but the footage sat for 50 years in a basement before Questlove revived it. The film won both the Grand Jury Prize and the Audience Award in the documentary category at the Festival, and it is nominated for Best Documentary at this year’s Oscars. Available on Hulu and Disney+. 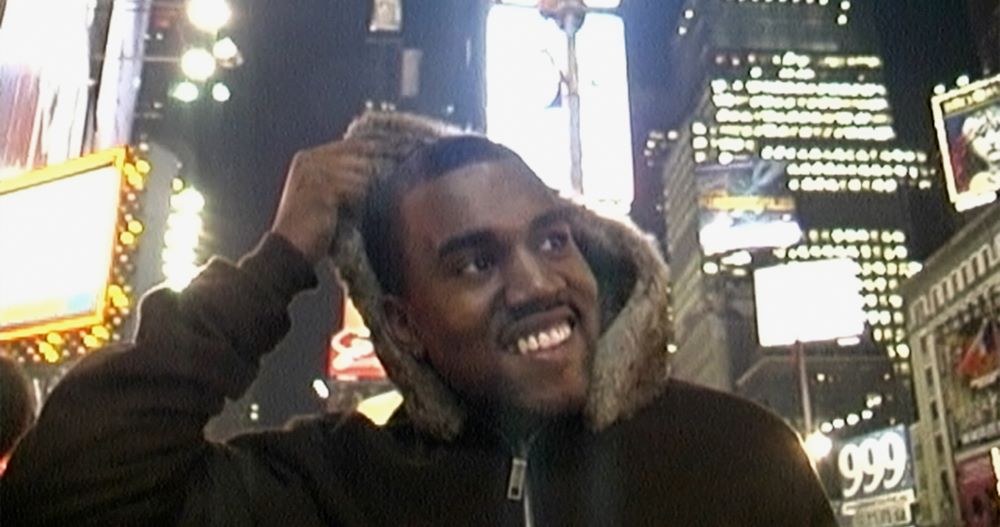 jeen-yuhs: A Kanye Trilogy (2022) — The spotlight is on Ye, the rapper formerly known as Kanye West, global icon and controversial personality. In 1998, Chicago public access TV host Clarence “Coodie” Simmons first interviewed the 21-year-old, and Simmons and Chike Ozah have followed him for over 20 years, ultimately creating this portrait. The film was snapped up by Netflix, where it is now available for streaming.