“It Is Time”: Labs Alum Barbara Cigarroa on Latinx Representation in Film 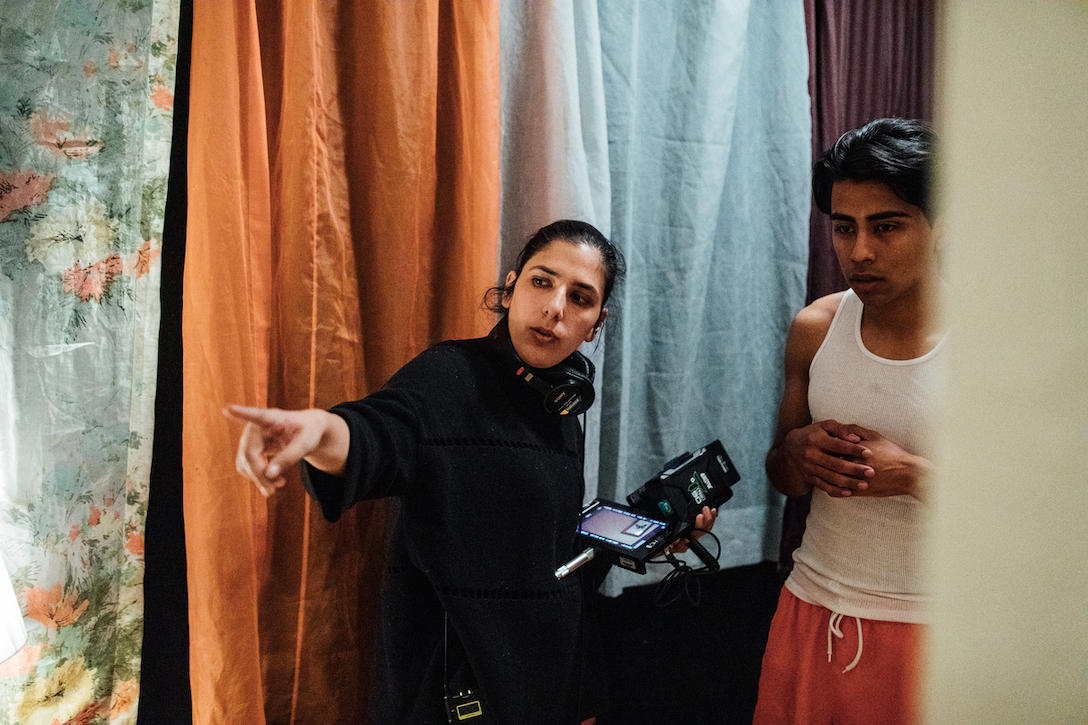 In celebration and observance of National Hispanic Heritage Month, we’re working on a number of short essays, anecdotes, and free-form editorials that speak to the unique experiences, often untold, that artists and creatives of Latinx descent have gone through. We hope that these pieces offer you a new insight into the world that most people whose ethnic and cultural heritage is nuanced and complex live in.

Our second piece comes from director Barbara Cigarroa, a Mexican American filmmaker from South Texas. Cigarroa is an alum of Sundance Institute’s 2019 Directors and Screenwriters Labs and a recipient of the Sundance Institute | Delta Air Lines & Aeromexico Latinx Fellowship. She reflects on her experience with the fellowship and as a Latinx filmmaker.

What has your experience been like with Sundance Institute’s Latinx Fellowship?

When I first heard that the Sundance Institute was supporting my project at the January Screenwriters Lab, I was incredibly grateful—but to hear that I was receiving the Latinx Fellowship added even more meaning to their support. In today’s political climate, where the southern border is at the center of a national debate, Hispanics are far too often being dehumanized—branded together and distilled down to either villains or victims. As a Latinx filmmaker, I am driven to do my best to try to break this.

The Latinx Fellowship has been incredible in supporting me in this mission. I’ve not only been able to participate in both the January Screenwriters Lab and June Directors Lab, where I was encouraged and inspired to own this vision––this mission––but more than that, through these experiences, I’ve gained an incredible lifelong family who, through their belief and support, ignite a bravery and perseverance in me as I strive to use narrative to fight for the humanization of Latinx experiences and voices.

What has this support enabled you to do with your project? What does that mean for you as an artist and for the message of the film?

The support from the Latinx Fellowship has been invaluable. It has allowed me to work full-time on the development of my feature, as well as relocate for the moment down to South Texas, where my narrative takes place. As an artist, authenticity is of utmost importance to me. I don’t want to force a story upon a world, but rather allow a world to craft a story with me. The fellowship has given me the resources to be able to do this and the opportunity to spend more time ingrained in the communities I am depicting. For the message of the film, this helps me strive to ensure that the story is not just from my own personal experience and point of view—but rather might be a vehicle used to give others a voice.

What are the challenges faced by Latinx filmmakers/creators today, and what promising things do you see on the horizon?

For decades, Latinx communities have been homogenized, individual identities and ethnic groups erased. Because of this, an automatic expectation has developed of the types of stories Latinx creators should be telling and the characters we should be depicting, these oftentimes being stereotypes or distillations of the Latinx voice/experience. Furthermore, Latinx representation in film and TV—both in front of and behind the camera—is staggeringly low.

Name some of your favorite Latinx artists whose work you’re following.

Throughout the past decade, as I contemplated and then strived to become a filmmaker, there has been an incredible group of U.S.-based Latinx filmmakers that have motivated and inspired me.

There is Alfonso Gomez-Rejon (Me and Earl and the Dying Girl), who has been a mentor since I contemplated going into film almost 10 years ago, our families bonded by our shared roots from Laredo. Then there is Cristina Ibarra and Alex Rivera, whose most recent film, The Infiltrators, a docu-fiction narrative, shed a light on the personal struggles and humanity of those behind the walls of U.S. detention centers.

It was Ibarra’s previous film, the documentary Las Marthas, that made me believe that maybe one day, I too could make a film about the border. There’s also Tanya Saracho, who has been an inspiration as a female powerhouse from the Texas-Mexico border, whose show Vida has become a global sensation.

These are just to name a few. And there is also a wealth of emerging Latinx voices that I am so excited for the world to see and hear. It is time.