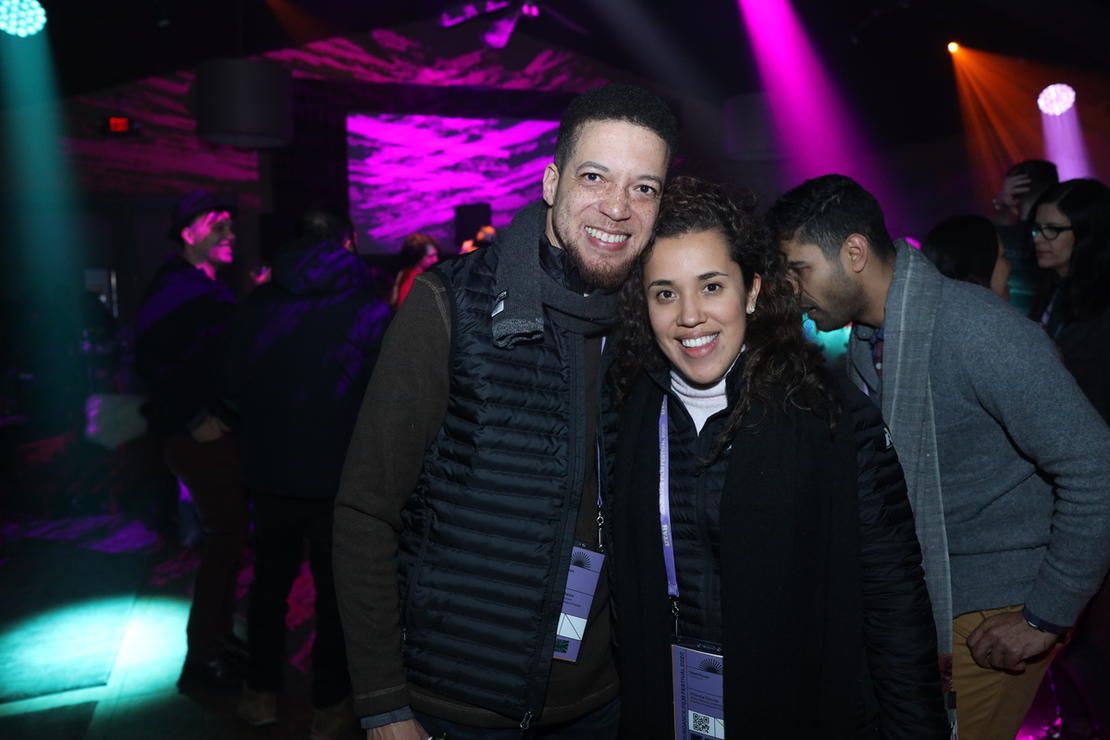 As part of an ongoing partnership focused on developing and nurturing the next generation of independent artists, Sundance Institute and the John S. and James L. Knight Foundation select a handful of Knight Fellows to attend the Sundance Film Festival every year as part of our Talent Forum. During the Festival, the fellows participate in a five-day residency that involves film screenings, receptions, panels, networking events, and meetings with industry. Keep reading to learn more about this year’s Knight Fellows and the innovative projects they’ve got on the horizon.

Simone Hawthorne spent her first five years after college working as a teacher in the Bronx, where she was born and raised. Her experience during these years helped inform her work as a filmmaker, a path she began to explore in earnest after relocating to the Atlanta area. Through her work, she seeks to expose the inequities that plague communities like the one she comes from. She recently got her first writing credit on the OWN series Ambitions, and now she’s busy working on an episodic project about a group of teens who become vigilantes after watching the justice system repeatedly fail the people in their lives titled Scars.

In the days following President Donald Trump’s election to office back in 2016, Michigan-based filmmaker and photographer Razi Jafri began working on his latest feature documentary, Hamtramck, USA. The film is set in the United States’ first Muslim-majority city, Hamtramck, Michigan, and it follows local candidates in local elections as they look to build support across ethnic and religious lines. As with the rest of Jafri’s body of work, the film delves into ethnicity, religion, immigration, and the changing American cultural landscape.

Salvadoran filmmaker Priscila Torres joined forces with South Carolina native Vincent Bates to turn her 2018 short, Thank You for Calling, into a feature called Undercurrent. The pair worked on their project while participating in Sundance Institute’s Screenwriters Intensive in Macon, Georgia, earlier this year. The script follows the struggles of an undocumented Salvadoran immigrant named Carmen who risks everything when she begins working for an Atlanta landscaping company without telling her new husband.

Keisha Rae Witherspoon is an independent filmmaker currently based in Miami. Her work is driven by interests in science, speculative fiction and fantasy, as well as documenting the unseen and unheralded nuances of African diasporic peoples. Her most recent short film, T, has been awarded the audience prize for Best Narrative Short at BlackStar Film Festival and New Orleans Film Festival, and was selected for the 2020 Sundance Film Festival. Keisha co-founded Third Horizon, a Caribbean filmmaking collective, alongside Jason Fitzroy Jeffers. The collective also stages the annual Third Horizon Film Festival, recently named one of the “25 Coolest Film Festivals in the World” by MovieMaker magazine.

To learn more about the Knight Fellows Project, visit Sundance.org/Knight.