​Inside the Mind of a Programmer: Breaking Down the 2018 Festival Lineup 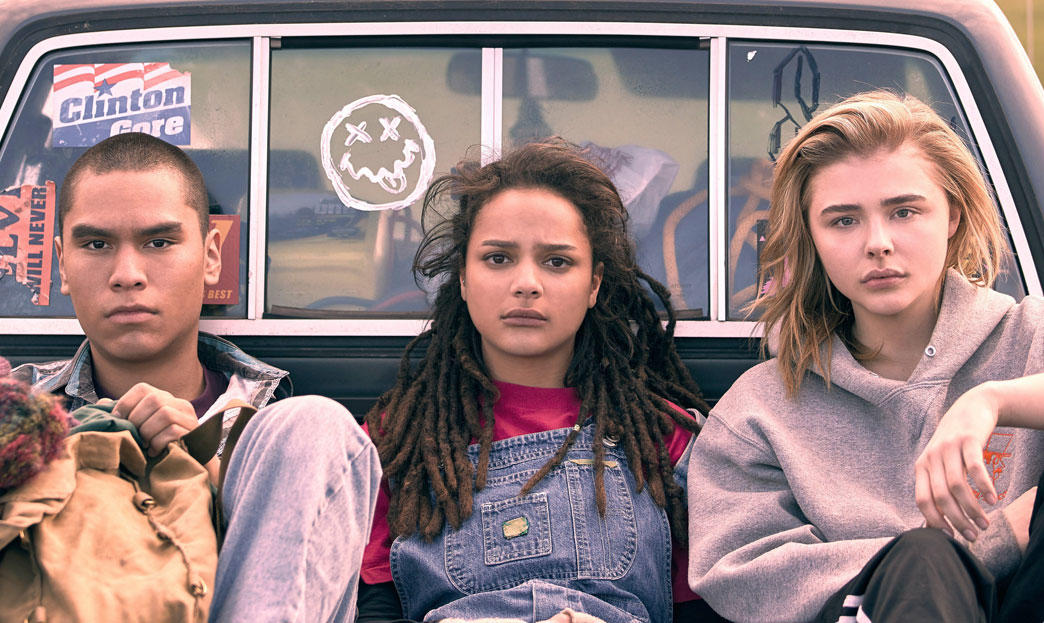 Following what’s felt like an unusually protracted Sundance Film Festival offseason, and one marked by what Festival Director John Cooper calls a “rejuvenated idea” of the 24-hour news cycle, the 2018 program announcement arrives at a pivotal time for audiences and artists. If we approach 2018 still processing the tumult and instability of the past year, this year’s program of films are primed to serve as a careful distillation of the times – and a representation of what that looks like across a broad spectrum of voices.

Below, John Cooper and Director of Programming Trevor Groth walk us through another year of intense decision-making and shed light on the tapestry of voices that will come to define the 2018 Sundance Film Festival. Stay tuned for more programming announcements next week.

Was there anything about this year’s programming process that surprised you or deviated from year’s past?

John Cooper: The selection process only becomes more challenging with the increasing quality of the projects, but our programming staff is incredibly diligent and thoughtful. Independent film has been evolving rapidly over the past several years in terms of technical innovation and how films can look better for less money. There is a growing appetite among audiences for alternative voices and points of view, and we’re seeing that reflected in the filmmaking. The important thing is that it comes from a place that feels fresh – it’s done organically, not just because you’re supposed to be hitting all your quotas.

What are some of the larger themes that we see threaded throughout the various feature film categories?

John Cooper: We’re seeing what I refer to as ‘portraits of the lives of incredible people.’ These are often people who are outliers in their own fields, including a number of films by and about women, as well as a variety of projects exploring the experience of African-American men in our country. But these stories pop up as both comedies and dramas, and while they don’t necessarily address the present moment, they resonate with the times we live in.

Trevor Groth: I like to make the connection of seeing strong, complex women on screen both in the dramatic films and the documentaries. A lot of these documentary subjects are so impactful in the fields they come from, but they all faced great struggle on the way to becoming trailblazers. That includes names like Joan Jett (Bad Reputation), Ruth Bader Ginsburg (RBG), Gloria Allred (Seeing Allred), Jane Fonda (Jane Fonda in Five Acts), and M.I.A. (MATANGI / MAYA / M.I.A.).

And then on the dramatic side, the women characters we see are multidimensional and complex and allow these great actresses to stretch themselves in these really challenging and rewarding roles. It’s partly the films and the stories, but it’s also the quality of the actresses’ talent – Maggie Gyllenhaal, Chloe Sevigny, Chloe Grace Moretz, Kristen Stewart, Elle Fanning, Keira Knightley… the list goes on.

Last year we noted a trend towards citizen journalism in documentary film, but also saw works that challenged the nonfiction rubric by employing narrative techniques. Where do we stand a year later?

JC: It’s fascinating, because some of these films are the manifestation of a generation of kids born with cameras in their hands. In Minding the Gap, the director Bing Liu only starts making films to capture his friends skateboarding, but as their lives begin to evolve and become more complicated, he starts documenting their true life stories. We see the blossoming of this really talented documentary filmmaker.

More broadly, in a year that has rejuvenated the idea of television journalism covering every scandal and every political detail, documentaries are the last bastion of uncovering the truth. Many of the films in these documentary categories serve to provide a deeper dive into these stories – they slow things down so that we can understand the ramifications in our world. Films like Dark Money or The Devil We Know are great examples.

TG: We’re also showing Quiet Heroes and Believer, which both confront issues specific to Utah. Quiet Heroes focuses on the one hospital in Utah that took on patients during the AIDS crisis, and Believer is about the band Imagine Dragons’ lead singer’s personal crusade to make the church more accepting of homosexuality.

There are also a handful of documentary filmmakers screening narrative films – Crystal Moselle (Skate Kitchen) and Jeremiah Zagar (We the Animals) both will premiere in NEXT. What’s the story there?

JC: And there’s also Jennifer Fox and Bart Layton. The younger generation is not taking any one track in their storytelling. They don’t just stay in documentary or dramatic, they also start creating in VR and episodic.

TG: Our NEXT programmers have become even braver. We also have a documentary in that category, which is a new choice. There are lots of very specific, dynamic ideas on how to tell a story and what those stories are. NEXT continues to be more radical and less conventional.

TG: All but four of the filmmakers in the Premieres section have had films screen at previous Sundance Film Festivals. There’s something about screenwriters in our Premieres sections this year – there are some really heavy hitters: Tony Gilroy (Beirut), Jim Taylor and Tamara Jenkins (Juliet, Naked), Oren Moverman (The Tale). We’re so director centric that it’s nice to throw a nod to those writing talents.

JC: I think a lot of returning filmmakers come back when they’re ready, and when I say ready, I mean, is it the right kind of film? It’s about having a film that has them returning back to their own roots just as much as their Sundance roots.