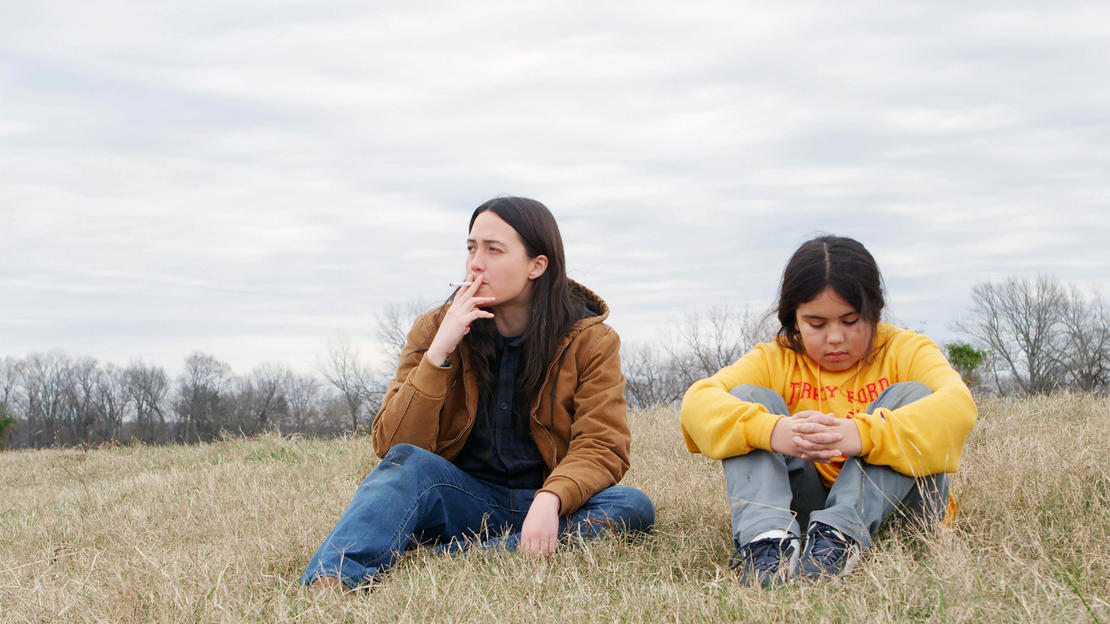 Lily Gladstone and Julian Ballentyne appear in Little Chief
by Erica Tremblay, an official selection of the Shorts Programs at the
2020 Sundance Film Festival. Courtesy of Sundance Institute | photo by
Marshall Stief

Following founder and President Robert Redford’s original vision, Sundance Institute has remained committed to supporting Indigenous artists throughout the Institute’s history. This has established a rich legacy of work and has supported more than 350 filmmakers through labs, grants, mentorships, public programs, and the platform of the Sundance Film Festival. The Institute’s Indigenous Program has a global focus and through its work strengthens Indigenous cinema. This year, five Indigenous-made films from Canada, Sweden and the United States will premiere at the 2020 Sundance Film Festival. The Indigenous Program will also introduce its incoming fellows and announce the 2020 Merata Mita Fellow at this year’s Festival.

After a recent and difficult divorce, Alice hasn’t seen her children in two months as she awaits a custody verdict. When her son calls her in the middle of the night, Alice takes action, abducting the children on an illicit charter trip to the Canary Islands. World Premiere

An experimental look at the origin of the death myth of the Chinookan people in the Pacific Northwest, following two people as they navigate their own relationships to the spirit world and a place in between life and death.

An otherworldly deep dive into the hidden beauty of lichens, asking what we might learn from them. Ancient and diverse, thriving in adversity, confounding scientists to this day, lichen is a model of emergence.

Now Is the Time (Documentary Shorts)

On the 50th anniversary of the first new totem pole raising on British Columbia’s Haida Gwaii in almost a century, we revisit the day that would signal the rebirth of the Haida spirit.

Kyle Bell (Creek-Thlopthlocco Tribal Town) is an Emmy award-winning filmmaker from Tulsa, Oklahoma. Since his filmmaking career began in 2015, Kyle has won numerous awards for his documentary and cinematography work. His current project is Spirits, about a young Native boy who is conflicted between making a choice of leaving his family and home behind for a future playing college basketball.

Shaandiin Tome (Diné) is a filmmaker from Albuquerque, New Mexico. Trained as an editor and cinematographer, she is a 2016 Sundance Full Circle Fellowship alumna and in May 2017 she was selected for the Sundance Native Filmmakers Lab with her short film project Mud (Hashtł’ishnii). Currently, she is working on Dibé, a film about a young sheepherder who goes through the depths of Navajo ways of life trying to figure out how to prevent her family’s herd from being taken.

Charine Pilar Gonzales (San Ildefonso Pueblo) is from San Ildefonso Pueblo, New Mexico, and is currently a student at the Institute of American Indian Arts, where she is obtaining a BFA in Cinematic Arts and Technology. In 2019 Charine received a Sundance Institute Indigenous Film Fellowship for her script River Bank, about a young Pueblo girl robs a bar to support her family’s business as her grandmother waits in the car as the getaway driver.

On Monday, January 27, Sundance Institute will announce the recipient of an annual fellowship named in honor of the late Māori filmmaker Merata Mita, New Zealand’s first Indigenous female filmmaker. Each year Sundance Institute identifies an Indigenous filmmaker from a global pool of nominees to award a cash grant and provide a yearlong continuum of support with activities, which include a trip to the Sundance Film Festival, access to strategic and creative services offered by Sundance Institute artist programs, and mentorship opportunities.