In Focus: Francis Cullado on Building Solidarity Inside and Outside of the “AAPI” Label 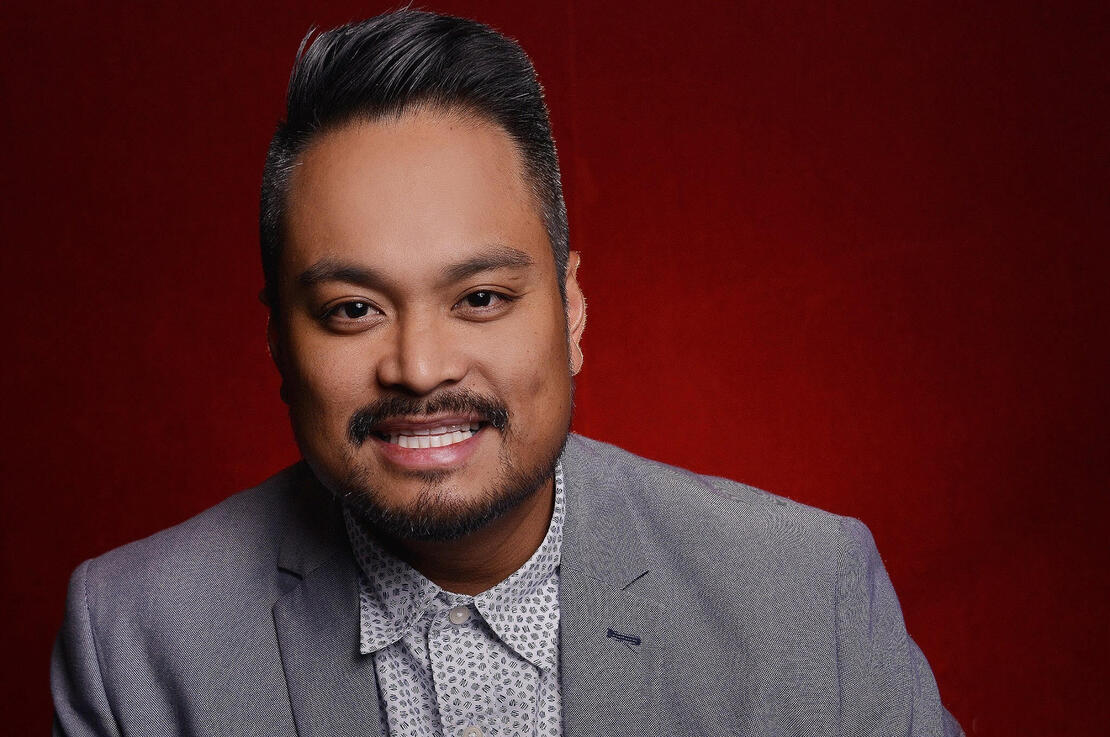 Francis Cullado is the executive director of the nonprofit Visual Communications.

May is Asian American and Pacific Islander Heritage Month, an opportunity to recognize the long line of visionary storytellers who have contributed to the independent film canon over the years—and an opportunity to underline the richness and diversity of Asian diasporas in the United States. To celebrate the month, we’re introducing a new series called In Focus, in which we turn the spotlight on our friends at AAPI-led arts organizations around the country, and we’re kicking things off chatting with Francis Cullado, executive director of the Los Angeles–based nonprofit Visual Communications.

Founded in 1970 as a filmmaking collective, Visual Communications was the first U.S. nonprofit dedicated to the honest and accurate portrayals of Asian Pacific American peoples, communities, and heritage through the media arts. In the years since, the organization has expanded its scope to offer robust artist support programs as well as workshops and training for the community. Since 1983, VC has also hosted the Los Angeles Asian Pacific Film Festival; it is currently planning its 2021 edition, which will take place in September via a hybrid online and in-person format. Cullado has served as the organization’s executive director since 2014.

What inspired you to get involved with Visual Communications? Was there a particular moment or impetus?

I discovered Visual Communications as a Getty Marrow Undergraduate Intern in 2002. From there, I learned about the moments rooted in the movements of the ’60s that laid the foundation for the organization. I gravitated toward people like Linda Mabalot who were doing the work and making things happen based on the belief that media can build and connect communities. In 2010, I began working for the Los Angeles Asian Pacific Film Festival, and eventually became VC’s executive director in 2014. I’ve been grateful for these past few years to work with hundreds of folks; we’ve been creating our own moments together.

Visual Communications presented 21&Over, a series of conversations for audiences to connect with artists such as Ciara Lacy and Christopher Makoto Yogi. We also had the privilege to partner with the Honolulu Museum of Art for their Black Visuality and Solidarity in Oceania conversation.

There are times when we struggle with imposter syndrome—moments when we don’t think we are qualified or worthy to do what we do. As human beings, we’re always questioning our own value to this world. I overcome these doubts knowing that there are many people who believe in me, people who root for me. And realize that people believed in you even before you started believing in yourself. Know that you are worthy, that you are qualified, and that you are simply enough.

In 2020, these films were impactful for me: Standing Above the Clouds (directed by Jalena Keane-Lee) and Down a Dark Stairwell (directed by Ursula Liang).

Knowing the distinct differences between Asian Americans and Pacific Islanders, how do you feel about the “AAPI” label? Given the events of the last year, what progress is most critical to support and sustain the AAPI community, from your vantage point?

The label “AAPI” is problematically complex. While social, cultural, and political labels can be a signifier to unite communities, we have to be careful to also combat perceptions of being monolithic. For Asian Americans, while we’ve been fighting for visibility and inclusion, we can’t forget our work in highlighting the diverse Asian American communities, especially those who are underserved and do not have their nation-state based on their ethnic and cultural identities. And in doing this work, we have to identify ways that we do render Native Hawaiian and Pacific Islander experiences invisible. Because oftentimes when we do say “AAPI,” the “PI” part is excluded.

While media can be used to destroy communities, we uplift artists who tell stories of resiliency and joy—stories of solidarity based on shared values to create a better world.

At Visual Communications, we do think that Native Hawaiians and Pacific Islander experiences are more aligned with Native and Indigenous movements, from Mauna Kea to Standing Rock. But I’m a believer in building frameworks of solidarity inside and outside of our AAPI label. So this also gives us an opportunity to intersect and converge with other movements outside of “AAPI” and how we can continue to build.

Building solidarity is about creating trust, and trust is fragile. Moments of distrust can weaken networks. Even within this AAPI label, we have to engage moments of reckoning in which we’ve had broken trust. From Asians being settler colonialists in many parts of Oceania, to colorism and anti-Blackness that permeates in our communities, there are many things that can be used as a wedge to divide. And while media can be used to destroy communities, we uplift artists who tell stories of resiliency and joy—stories of solidarity based on shared values to create a better world.

This month, in our work to create spaces for expression, engagement, and empowerment, Visual Communications and our partners are presenting the Asian Pacific Virtual Showcase, reflecting a diverse set of our histories and experiences in the United States, Canada, and Oceania. For now, we hope that this showcase is a start for audiences to (re)discover our humanity. In solidarity with our partners, our collective movements not only exhibit actions towards diversity, equity, and inclusion, but also exhibit our anti-racist work to uplift storytellers who use the power of media to dismantle supremacist structures.