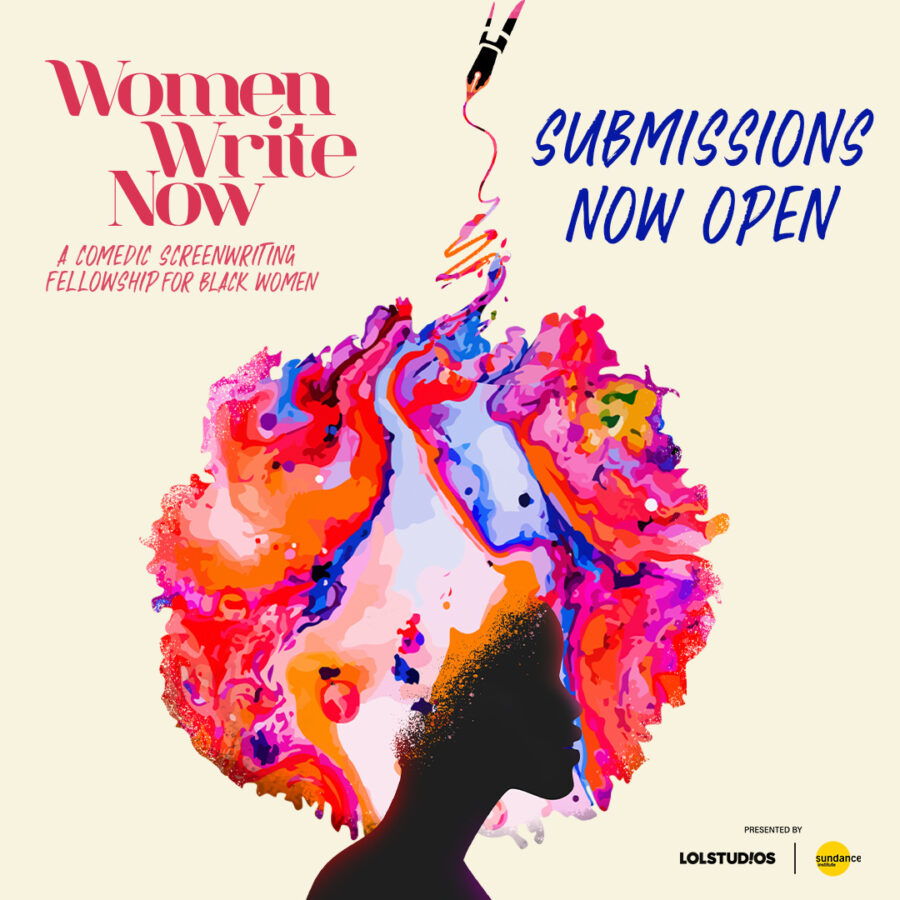 Selected Fellows to Receive 12-Month First-Look Deal With HartBeat, and Join HartBeat at the 2023 Sundance Film Festival to Showcase Their Winning Films at a Private Screening

Submissions for the 2022 Women Write Now fellowship are currently open through June 6, 2022

Los Angeles, CA – (May 19, 2022) – HartBeat, the global, multi-platform media company creating entertainment where comedy meets culture, announced today the return of Women Write Now, the screenwriting fellowship and talent development initiative designed to champion the next generation of black women in comedy through mentorship, advocacy, production, and exhibition.  Developed in partnership with Sundance Institute, this immersive fellowship will support three talented writers in developing short comedic scripts under the guidance of some of the most influential Black women in comedy.

With the support of HartBeat executives and veteran industry mentors, this year’s fellowship recipients will develop original comedy short film scripts and will earn the opportunity to bring their projects to life at the 2023 Sundance Film Festival, where they will premiere at a private screening. Following their premiere, the films will be distributed across HartBeat’s LOL Network. Following the fellowship, the selected writers will also receive a twelve (12) month first-look deal with HartBeat to submit original projects for production consideration with HartBeat, and distribution across its LOL Network. The writers will also have the opportunity to separately pitch one (1) project to HartBeat for a development deal.

“Last year’s debut of Women Write Now proved there is an entire ecosystem of artists, allies, executives, and mentors ready and willing to uplift and usher in the next generation of talented Black women in comedy,” said HartBeat CEO, Thai Randolph. “We’re excited to build off the tremendous momentum we created in partnership with Sundance Institute and introduce new opportunities through HartBeat as we continue our mission to cultivate and empower emerging voices.”

Launched in July 2021, the inaugural Women Write Now fellowship saw Wilandrea Blair, Danielle Nicolet, and Moni Oyedepo selected from a pool of over 670 submissions from aspiring comedy writers from across the U.S.  Together each fellow recipient was given the opportunity to develop their submitted scripts, with the help of HartBeat and guest directors, Gabrielle Dennis (A Black Lady Sketch Show), Meagan Good (Harlem), and Bresha Webb (Run the World).  Each completed project was made available for streaming audiences exclusively on NBC Universal’s Peacock.

Yamara Taylor (ABC’s Black-ish) returns to the program as lead screenwriting mentor where she will be joined by Radha Blank (The 40-Year-Old Version) and Kay Oyegun (NBC’s This Is Us) to guide the selected fellows on their script-to-screen journey.  HartBeat executives Thai Randolph and Candice Wilson Cherry will also serve as lead Creative Advisors for the program to provide mentorship and career development guidance alongside industry veterans, producer Stephanie Allain (Dear White People, Hustle and Flow), director Marta Cunningham (Transparent, Insecure), ICM agent Ava Greenfield, producer Codie Oliver (Black Love), and former HBO executive and author of The Executive Chair: A Writer’s Guide to TV Development, Kelly Edwards.  Additional creative advisors and guest directors will be announced at a later date.

Applicants will be evaluated on the strength of the submitted material, which will include a statement of interest and an original short comedic screenplay.  Approximately ten (10) finalists will be interviewed by HartBeat staff, with final decisions made by a panel of award-winning filmmakers, industry leaders, HartBeat executives, and partners from the Sundance Institute. From there, three writers will be selected to take part in the Fellowship. All applicants will receive notification of their application status via e-mail by approximately July 18, 2022.

For more information on application requirements and deadlines visit womenwritenow.com.

Founded by Kevin Hart, HartBeat is the global, multi-platform media company creating entertainment at the intersection of comedy and culture with a mission to keep the world laughing together.  HartBeat delivers comedy through its three divisions: HartBeat Studios, which finances, develops and produces innovative content; HartBeat Media, which connects with consumers around the world through events and the company’s expansive distribution network; and PULSE, the company’s branded entertainment studio that serves as a creative and cultural consultancy to brand.  HartBeat’s flagship consumer brand, the LOL! Network, reaches audiences across its O&O social media, audio, and OTT partners.

Led by an award-winning team, HartBeat is a valuable partner to the biggest entertainment companies, platforms and brands in the world, driving cultural currency and generating sales, subscriptions, buzz, and conversation with some of the most coveted audiences.