‘Hale County This Morning, This Evening’ is a Perceptive Meditation on Life in the South 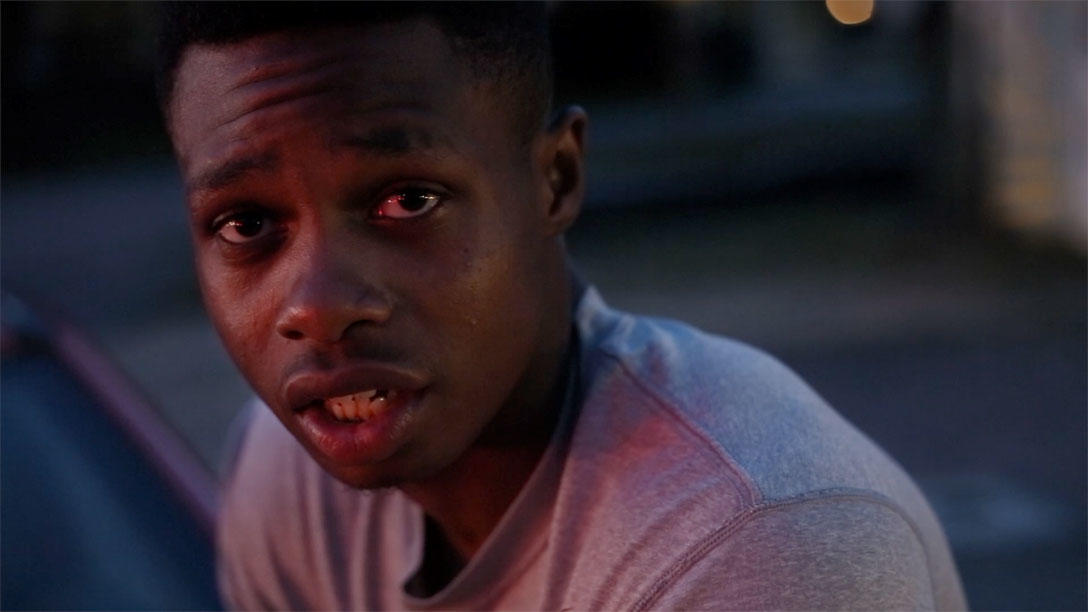 This article was originally published following the world premiere of “Hale County This Morning, This Evening” at the 2018 Sundance Film Festival. The film comes to theaters in New York and Los Angeles on September 14th and September 21st, respectively. Find a screening here.

On Friday morning, the audience at the Prospector Theater was treated to a truly singular cinematic experience, one that spilled from screen to stage as the people behind Hale County, This Morning This Evening brought the film’s approach of looking at the world through clearer eyes into real time. Celebrated photographer but first-time filmmaker RaMell Ross presents a longitudinal portrait of Alabama’s Hale County, following two young African American men, Daniel Collins, an aspiring basketball player, and Quincy Bryant, a new father, as well as their friends, family, and the community at large over the course of several years.

Ross had been working for three years as a GED teacher and basketball coach in Hale County, taking only still pictures, before he transitioned into the moving pictures that comprise the film. “I literally knew everyone before I started photographing. So by the time I started making the film, everyone already had an impression of my intentions and ethical framework, so it was the most natural thing ever. I’ve never gotten a no, I’ve never not been able to go in somewhere.” He had known both Daniel and Quincy for several years before embarking on the project, and they both trusted him and his unconventional approach. “Everywhere we’d go, he’d be standing there looking at leaves,” said Collins. “I was kind of used to it because we’d be playing ball and he’d drop the ball and grab the camera.” Bryant admitted he didn’t totally understand what the project was going to be, “but i just knew it was going to be amazing.”

“I ended up there by happenstance, but then I looked and read and learned more about myself, began to consider the black South as a conceptual home for the African American, the origin of the American experience for black folk,” Ross said. “I feel deeply that the historic South is wildly under explored. It’s sort of boogeyman region that needs to be looked at and confronted. So it became a place where i could do that in a microcosm.”

And that micro attention extends to individual shots and sequences. Rather than offer a streamlined story of these people, Ross instead makes micro-focused, gestural, unabashedly beautiful moving pictures of their lives, both from their perspectives and his own, and edits them together associatively and provocatively.

The filmmakers and subjects behind ‘Hale County This Morning, This Evening.’ © 2018 Sundance Institute | Stephen Speckman

“I was there looking and being present and wanted to make a film that was made up of moments. Made up of the sort of beautiful nuances that are banal and epic simultaneously, that every person in the world has and participates in,” Ross said. “But it’s not typically the way we look at our community. And through that commonality of profoundness that everyone knows, there could be a different way of looking at what it’s like to be a black person in the South, as well as looking out, centralizing our experience there.”

“You know when you’re looking at words and all of a sudden letters lose their meaning and the word is no longer a word, and you’re like—what the hell are letters?” Ross continued, eliciting laughter and knowing nods from many in the audience. “My point of view was that people never look at black people that way. People never look at people that way. Everyone is wrapped in the social structures and stratifications and constructs. So it was intentional to look long enough for those things to just emerge naturally. To give up my own biases. It’s very much a film in which I’m learning about the way that I see, and I’m learning to understand how I view the world and what it looks like for a black man to view the historic South.”

Two of the films higher-profile producers were asked why they wanted to support this project.

Laura Poitras said, “I feel that this is reinventing cinematic language. And undoing stereotypes and creating new types of images and new types of understandings of the world.” Danny Glover, who serves as an executive producer on the film, gave the following answer, presented in full:

“I think James Baldwin once said that being a black man in Alabama was heroic. As I watched the film, I was thinking that there’s so many people that I’ve wanted to see, there are so many communities. My mother was born in Jefferson County in Georgia, where I just came from yesterday. And if you understand our history, part of Alabama and Mississippi used to be part of Georgia. And just five years after the ratification of our Constitution, the Georgia state legislature sold 350 million acres of land to New York speculators at one-and-a-half penny per acre. In 1794, after going through the Supreme Court, this transaction was actualized. It fueled the expansion of slavery. And we must understand this. So this town that I have gone to my whole life since I’m six months old, where my mother came from, there was a slave auction there. There’s a historic process. After the invention of the cotton picking machine in 1944, where did the black people go? They either stayed or they went north, or west. You think of Alabama, a state of about 4.8 million people, with about 28,000 men and women incarcerated, 52% of whom are African American even though they only represent 26% of the population. And I see these fathers… I’m just blown away by these young men trying to be fathers and trying to realize their dreams. And I see their faces wherever we go. Wherever they are. In Jefferson County I see the same faces. The questions that they ask, the dreams they’re trying to push out of their souls. That’s why. That’s why.”