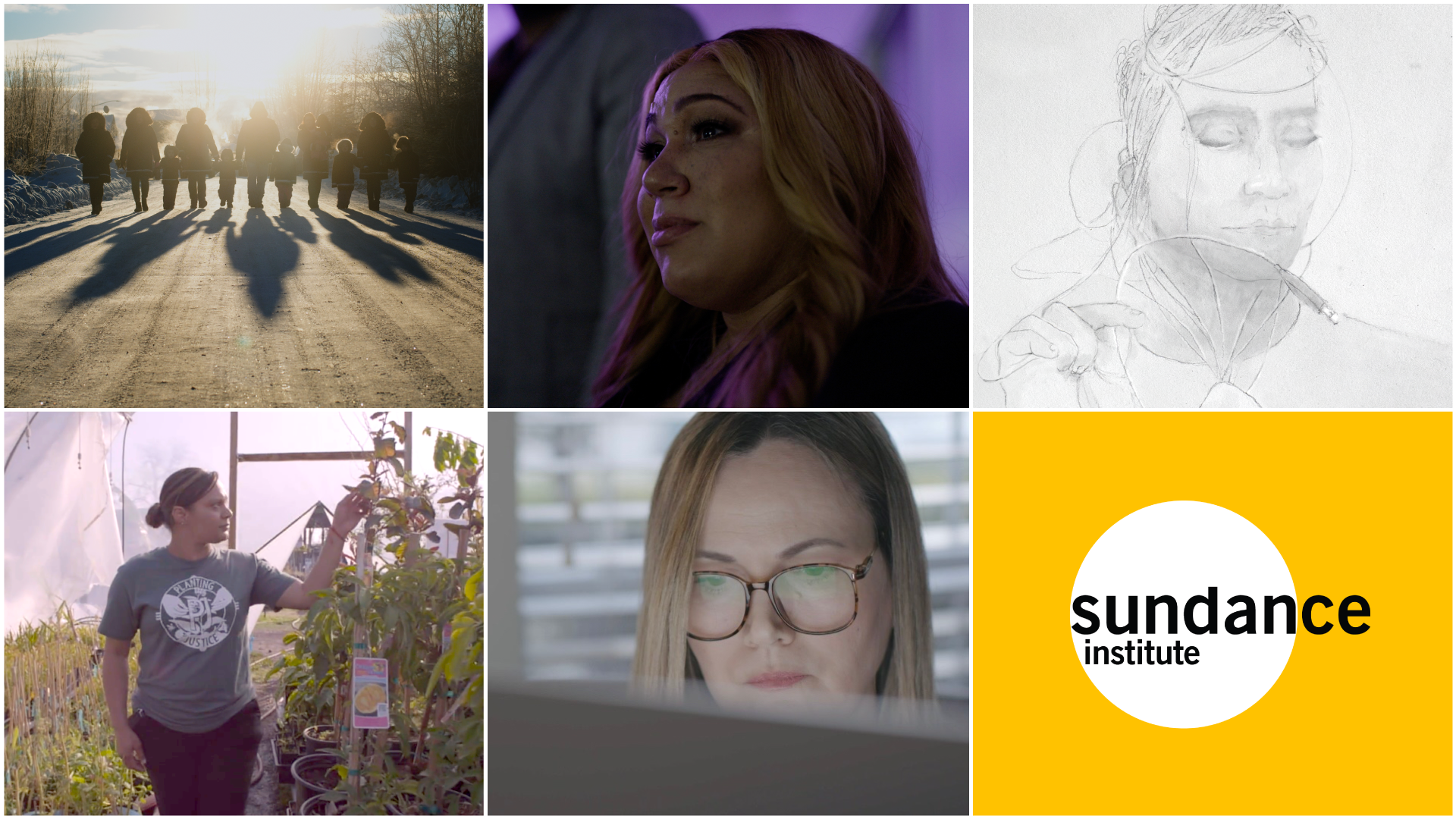 This new initiative, which is an extension of the work The Kendeda Fund has been supporting at Sundance for several years, awards five non-recoupable and unrestricted $50,000 grants to new nonfiction short-form work in production. The films showcase a wide range of cinematic approaches and amplify stories that move beyond tragedy reporting, to explore the intersectionality of gun violence with broader pressing issues including racism, police brutality, white supremacy, violence against women, and trans rights.

In addition to financial support, each project will receive creative, strategic, and editorial advice from the Sundance Institute Documentary Film Program and TIME Studios teams. Once completed, the shorts will have the opportunity to launch on TIME.com, which reaches a global audience of 90 million people monthly.

“With this initiative, we are thrilled to be able to partner with The Kendeda Fund and TIME Studios to elevate  stories that unpack the systemic, social, and structural forces that underlie gun violence,” said Hajnal Molnar-Szakacs, the Institute’s Director, Granting. “In particular, we are excited to be uplifting the voices of artists from communities most affected by gun violence, who have been far too long marginalized, and who have been personally affected by this issue.”

“The Kendeda Fund applauds Sundance and TIME Studios for investing in artists and filmmakers who are willing to speak truth about the role of guns in America,” said David Brotherton, Fund Advisor for Kendeda’s gun violence prevention program. “We also hope this project will encourage other foundations to recognize the unique power of documentary storytelling to inform and inspire change as we confront the public health crisis of gun violence.”

“To fully understand this epidemic of gun violence, we need to continue to probe both its root cause and its impact in communities across the United States,” said Rebecca Teitel, Executive Producer for TIME Studios. “Through our partnership with the Sundance Institute and the Kendeda Fund, TIME is redoubling its commitment to covering this complex issue, and we are proud to support these talented filmmakers whose work provides powerful new perspectives on this ongoing national crisis.”

Today also marks the release of “Nonfiction Storytelling on Gun Violence in the US: Where We’ve Been And Where We Can Go,” a report commissioned by the Sundance Institute and conducted by an independent team of researchers on gun violence and documentary film. This in-depth piece of research led by Eliza Licht, Will Jenkins, Michon Boston and Alice Quinlan highlights key learnings for filmmakers, funders, and advocacy groups working at the intersection of gun violence and storytelling.

Some of the report’s main takeaways include:

“Our hope is that this work will contribute to generate more equitable collaborations among stakeholders, grounded in partnerships with the communities most affected by gun violence.” said Paola Mottura, Sundance Institute’s Director, Documentary Film Fund.

House of Tulip follows two Black trans activists as they run for office and work to build Louisiana’s first housing refuge that provides residency solely for trans and gender non-conforming residents. We’ll follow the founders as they fight to use their organization to protect and build community in a state with one of the highest gun-related murder rates in the country. Their journeys will highlight the dangerous, yet beautiful, reality of what it means to be Black trans women in the deep South.

Cydney Tucker is a journalist and documentary filmmaker currently based in Atlanta. She has written and produced content for a variety of legacy and digital media organizations including The New York Times, CBS News, NBC News, Al Jazeera International (AJ+), and RYOT Studio. Cydney is presently working on a film for The New York Times Presents’s Hulu/FX documentary series. Her current personal projects include producing limited documentary videos and photo-series capturing Black Joy.

A school nurse in Texas is on a mission to count every woman killed by a man in the United States since 1950. Her campaign reveals staggering numbers, a painful history, and a woman haunted by forgotten victims.

Joshua Albeza Branstetter is a Filipino-American filmmaker and photographer living in Anchorage, Alaska. His documentary work focuses on themes of cultural reclamation, personal identity, and social justice. He founded Branstetter Film in 2016 with a vision of telling courageous Alaskan stories with authenticity and intimacy. Josh is a founding member of Alaska APIDA, and received a 2020 Rasmuson fellowship for his work with Absolute Zero: a multi-disciplinary arts team uplifting survivors of abuse throughout Alaska.

Food Justice is racial justice. A woman, a city, and a community dream of transforming East Oakland from an epicenter of gun violence to a hub for food sovereignty. SOL is a hopeful story of one woman’s transformation from incarceration to rejuvenation, after spending 16 years in prison for killing a man.

Emily Cohen Ibañez is a Latinx filmmaker based in Oakland who earned her doctorate in Anthropology (2011) with a certificate in Culture and Media at New York University. Her film work pairs lyricism with social activism, advocating for labor, environmental, and health justice. Her feature documentary debut, Fruits of Labor had its World Premiere at SXSW 2021. During the pandemic, she saw an increase in gun violence in her neighborhood and feels an urgency to find progressive solutions.

Débora Souza Silva is a documentary filmmaker  whose work examines systemic racism and inequality. Her work has been featured by the New York Times, PBS, BBC, Reveal, and Fusion. She started her career as a television reporter in Brazil before moving to California to pursue a Masters in Journalism at UC Berkeley.

KJ is a cinematic memoir exposing the systemic injustice that led to the murder of Khalid Jabara in Tulsa, Oklahoma in 2016. This documentary portrays the tragedy and its aftermath through an intimate and poetic lens, a dedication to victims of racial violence, gun violence, state violence, and the families that endure.

Joe Namy is an American-born, London based artist working across video, sound, performance, sculpture, and photography. Their work has been exhibited, screened, and amplified at the Asia Culture Center, the Berlinale, the Boras Biennial, the Beirut Art Center, the Detroit Science Center, La Biennale de Montréal, Nottingham Contemporary, Sharjah Biennial 13.

About The Kendeda Fund

The Kendeda Fund is a private grantmaking foundation that invests in transformative leaders and ideas. Founded in Atlanta, Georgia more than 25 years ago, the Kendeda Fund empowers communities across the U.S. and around the globe to develop solutions to increase equity, vibrancy, resourcefulness, and resilience. Kendeda helps underrepresented, but trusted, voices build and sustain social and community capital by supporting experienced and emerging leaders who have the vision to see problems differently and the courage to challenge conventional thinking. The Kendeda Fund works to shift perceptions and disrupt the status quo by supporting projects that challenge social, economic, and ecological assumptions. Learn more about Kendeda’s Gun Violence Prevention program here.

From one of the most globally iconic brands, TIME Studios is an Emmy Award®-winning television, film and immersive studio focusing on the development, production and distribution of truth-based premium unscripted and scripted premium storytelling that moves the world. With technical innovation and a brand defining visual language that dates back 98 years, TIME Studios aims to impact communities and the world at large with ideas that forge true progress. Combining the industry’s leading creators with TIME, one of the most trusted brands that reaches an audience of over 100 million people globally, TIME Studios is uniquely positioned to bring massive audiences to the world’s most impactful stories. Recent projects include, Black Gold (Paramount+), Big Vape (Netflix), John Lewis: Good Trouble (CNN Films), Amazing Grace (Neon), Ricky Powell: The Individualist (Showtime), Mass Effect: The Story of YouTube, Kid of the Year (Nickelodeon/CBS), TIME 100 (ABC) and the first scripted project for TIME Studios, Women of the Year (Amazon).