Get to Know Our Satellite Screens: a/perture Cinema in North Carolina 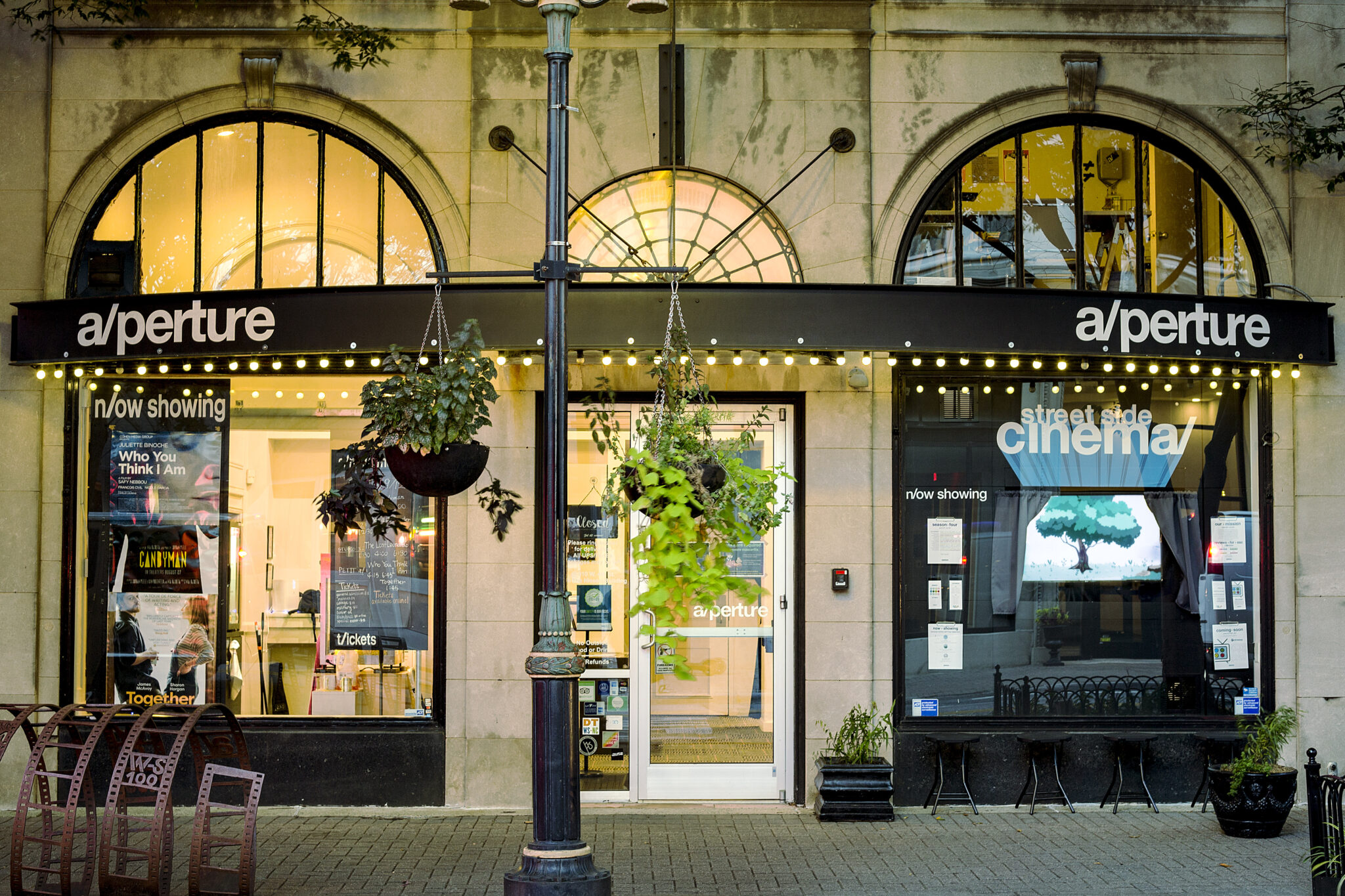 When Lawren Desai moved back to Winston-Salem, North Carolina, after a stint in Los Angeles, she realized that she didn’t need to be in the film industry, she just needed the films. That was, of course, easier said than done considering her hometown didn’t have a plethora of theaters in the same way that Hollywood does. This lack of options didn’t send Desai packing for another giant city, though, it sent her to work opening up an independent theater of her own.

“There was a little bit of selfishness,” Desai says with a laugh, over Zoom. “Having lived in LA and New York and having been used to being able to see whatever [film] where I wanted, in all different types of cinemas and not having that. I just was like, I’ll write a business plan and do it.” Thus, in January 2010, a/perture cinema was born.

Besides being Desai’s hometown, the executive director/curator couldn’t imagine a better place to set up her indie shop: “I think what’s great about Winston-Salem [is that] our moniker is The City of Arts and Innovation. We had one of the first arts councils in the country and the arts are really important to [this] community. And so if the arts are really important, you have to put film into that. It’s an art form that brings all other art forms together.”

For 12 years — from its unstoppable opening of The King’s Speech (“We had little 80-year-old women that would come see them multiple times.”) and its shift to nonprofit status in 2016 to its upcoming role as one of the Satellite Screen theaters for the 2022 Sundance Film Festival — a/perture cinema has provided its community with an essential service of broadened perspectives and a sense of belonging through its four screens. And while Desai’s main focus as a/perture’s curator has been to highlight films that break boundaries and take chances, she’s been thrilled to see her community gravitate towards world cinema and documentaries. 2019’s Parasite holds the record for the longest film showing at a/perture — 18 weeks.

Even with the ups and downs of success for any individual film, Desai appreciates that after a decade-and-change of being part of the Winston-Salem community, a/perture’s curation has become the main draw of its constituents more than any one director or star. This plays into her original goals for her theater: to become one of Winston-Salem’s essential community hubs. Even throughout this pandemic, a/perture has stayed connected to its neighborhood through virtual screenings, drive-in films, curbside concessions, and more.

“The mission is to be a place to bring the community together around the art of film,” she says, lighting up at the chance to talk about her film family. “It’s not just showing the film, it’s really being a space. I always think that we’re a third space… There’s spaces in between your work and your home, where you go to build social capital with others. So, it can be like a cafe, sometimes a bar, but it’s a gathering space. And so I think that’s ultimately what we are. And I think as we, sadly, become more polarized as a society, it’s really important that we have those spaces. And movies really can be those places, especially when you talk about economics, it’s still one of the most affordable art forms and…I think that’s really what’s special about it.”

Expanding the reach and access to this artform is at the center of the 2022 Sundance Film Festival’s online and Satellite Screen programs, which Desai is in complete support of: “I think Sundance is so great for the film community and just to be a part of it. And to allow or give our audience the opportunity to see some of these films as part, as you would at Sundance, be the first to see something.” It’s especially full circle for the founder/curator who has been attending Sundance Film Festivals since 2011.

And while a/perture, and the film community at large, continue to go through changes and pivots with resilience and innovation, in the end, it all comes back to needing the films. “I used to go see films on Sunday mornings at 10 or 11 a.m. and I thought of that as like going to church,” Desai says, a smile crawling across her face. “It’s just like being in a space and completely being able to give yourself up to what is on screen and what a filmmaker wants you to see, and no distractions.” She pauses, “There aren’t that many spaces like that left anymore.”