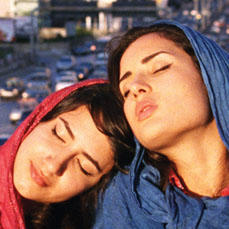 From the Screenwriters Lab in January to the Directors Lab in June, and also through Labs on film music and producing, these six filmmakers worked closely with Sundance Institute staff and industry mentors to shepherd drafts into scripts, scripts into films, and films into Festival-worthy features.

“Once we’ve selected a project we’ve made a commitment to that project in seeing it through,” says Michelle Satter, director of the Feature Film Program. “We’ll do everything we can to help that filmmaker move forward both creatively and strategically, including a granting program that provides financial support at critical moments. ” For these six filmmakers, that commitment has brought them full-circle.

That so many Lab-tested films will debut in this coming Festival actually has less to do with the yield of this particular calendar year than it does with the steady stream of activity going on at the Labs. “For most projects, it’s a two to three year process,” Satter points out. “The support starts at a Lab but it will continue year-round and is very tailored to the particular needs of a project.”

Yet the Lab sessions, held in the Wasatch Mountains at the Sundance Resort in Sundance, Utah, help set the tone for all that follows. For Durkin, who accomplished the rare feat of running the entire gauntlet in a single year—starting last January 2010 with a screenplay draft as a Screenwriters Lab Fellow, leaving the June Directors Lab with a plan to shoot, and finishing the year with a wrapped, highly accomplished first feature—the Labs were an intensely productive time.

“I went into it unsure of myself,” he says. “I remember how nervous I was the first time I had to sit in the circle and describe what the movie was about. Then on my final day of the Directors Lab, I just felt different. I gained so much confidence.” Mere weeks after leaving Sundance Resort, he started shooting Martha Marcy May Marlene, about a young woman’s escape and gradual re-adjustment from a cult-like commune. “I took that momentum and carried it over. I just kept working and working and I haven’t stopped yet.”

Durkin’s axe-to-the-grind work ethic encapsulates what goes on at the Feature Film Program, where a small, committed staff juggles upwards of 60 active projects per year—either via the Lab process or though grants and other targeted support, which continues well after a shoot has wrapped. “We’re equally engaged in how films connect to audiences as are we to the process of development,” says Satter. “The work doesn’t stop when you’ve completed the film, or even when you attend the Festival.”

Additionally, the filmmakers work with mentors whose stewardship, like the staff’s, is ongoing. For Keshavarz, who met both her DP and composer at the Labs, and received mentorship from the likes of Atom Egoyan and Brad Silberling, among others, a spirit of mutual support continued throughout the making of Circumstance.

“They all read multiple drafts and gave me feedback on audition tapes and cuts, they all came to screenings. And we’ve exchanged material—they’ve shown me stuff of theirs,” she says. “It really is like a community.”

Not every film will end up at the Festival, nor will every project lead to a completed film. But looked at from a remove, each filmmaker’s journey is less about a linear path than a fostering of lifelong creative process and community.

“As much as it will be about a particular project we select, it really is about a career and a body of work, and the idea of taking away all the advice and experience that resonate for you as an artist and bringing them into the real world of making your film, your singular vision,” Satter says. In the real world of Park City this year, six filmmakers are taking a next step forward by returning to where it all began.