Stories of Change Lab: Using Film to Create Hope Out of Darkness 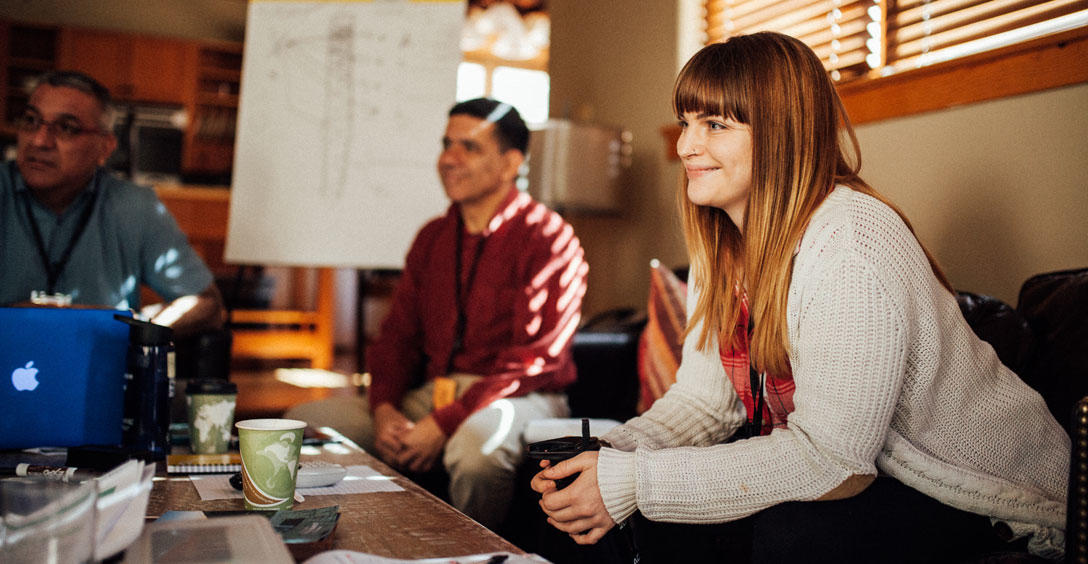 They’re invasive and unruly and often found growing on the most blighted, run-down houses in the city of New Orleans. They’re a little bit like hope in that way.

Nobody in New Orleans plants cat’s claw vines on purpose because they take over everything in a garden. Then they take over the house, the electrical wires, the shed, and before you know it, your whole property is suffocating under little trumpet-shaped yellow flowers.

You never find cat’s claw on well-maintained properties. It grows on the roofs of ramshackle abandoned houses and warehouses, and it makes these rotting, broken buildings into something that blooms and explodes in color under the right conditions. You can’t kill it with Roundup or with a weed eater. It takes a specific, expensive, toxic chemical to kill this resilient plant, and even then, sometimes it comes back.

Much like those flowers, hope springs up in some pretty dark and damaged places. And when it does, it’s invasive and resilient, and it takes over everything, making the broken things beautiful.

New Orleans can be a pretty dark and hopeless city at times. We are the prison capital of the world. Families of color are about six times more likely to live in poverty than white families. While the median income for white families is on par with the rest of the country, the median income for black families is 20% below the national average. We are in the midst of a massive affordable housing crisis. Only 39% of students in the New Orleans metro area are in schools ranked “A” or “B.” Violent crime is nearly double the national average.

Sometimes working in this place can feel like repeatedly banging your head against the same wall over and over — the wall of structural racism and classism that is so difficult to overcome. It’s almost as though there are two cities within this one. One of them is exploding with entrepreneurialism, craft cocktails, and renovated shotgun homes. The other city is full of the gritty locals and eccentric characters that have made New Orleans into the dynamic and fascinating city that it is. That one is being left behind. And that city needs to be heard.

I run an organization in New Orleans called Roots of Renewal that works to elevate formerly incarcerated men to construct futures for themselves and their communities. Roots of Renewal has spent the past several years working with Skoll Awardee Martin Burt and his organization Fundación Paraguaya. We provide construction job training, professional development, mentorship, and access to social services to formerly incarcerated young men.

We have also implemented Martin’s unique poverty stoplight method for poverty elimination among our formerly incarcerated population. The poverty stoplight is both a metric and a methodology that enables families to assess their level of poverty and to carry out personalized strategies to overcome their specific deprivations.

It defines what it means “not to be poor” across 6 dimensions: income employment, health and environment, housing and infrastructure, education and culture, organization and participation, interiority and motivation. A couple of weeks before the Stories of Change Lab I was feeling stifled and stymied: I had forgotten about the resilient hope of the cat’s claw vine and was beginning to doubt that this city and its people could ever change for the better — or that we could ever really eliminate poverty.

The Stories of Change Lab was an opportunity not only to delve deeply into a unique idea for a film that will amplify the voices of those who have been left out, but also to take a step back, look at the city and my work from a critical distance, take a deep breath, and start again.

When I first arrived at Sundance for the Stories of Change Lab, the concept of making a documentary film felt like an interesting side project. I thought maybe it could contribute in some way to the work we were doing to improve the lives of the formerly incarcerated, and I was interested in hearing more about the possibility. By the time I left, it felt like an integral part of our mission at Roots of Renewal and an integral part of my personal mission to be a part of creating a better world.

We have spent a lot of time at Roots of Renewal talking about the racial dynamics of storytelling. When we’re talking to our community or partner organizations, oftentimes the best person to tell the story is a black male from New Orleans who can speak from experience and a place of solidarity and connection. However, when we talk to donors or investors or nationwide audiences, often the person conveying the story is me — a white girl from Tennessee. I have always disliked telling the story of someone else. It’s not my story, and I have always feared that I might tell it wrong or leave out important details, or emphasize the wrong points.

In making this documentary film, I can see an incredible opportunity to share the stories of the formerly incarcerated men of New Orleans directly from their mouths to the world, with no intermediary. I believe we can structure it in a way that those in power, those who maintain the structural barriers, will listen. Their story, told well to pointed audiences, could help knock down the walls that we’ve been beating our heads up against for so long. Their stories of struggle and hope and resilience, told well, could change everything.