Jonathan Dekel Offers Up 4 Universal Tips to Polish Your Screenplay 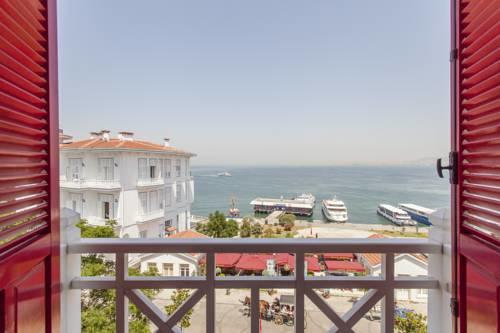 It was hard enough not to hyperventilate when my script was accepted to the lab, but the cosmic karma with it being developed at their Istanbul station was just one too many. As far as my specific script goes, working out of a rustic Turkish hotel was the equivalent of teleporting to ’50s California to write Back to the Future. I just couldn’t believe my good luck. So I simply accepted this perfect snippet of life imitating art, took very deep breaths, and followed the white rabbit all the way up the Bosphorus Strait.

While going through Sundance Institute’s different application stages I had to do a lot of meditating regarding what my film is about. One of the main themes I zeroed in on was myth vs. reality – my character’s arc was coming to terms with his life and its subpar delivery on his dreams. And thus the lab provided another piece of Ars Poetica: the myth of Sundance in my mind was completely askew.

I expected to go into a rigorous boot camp where cold-hearted über-scribes carved the flesh off my firstborn script while laughing maniacally—yet reality couldn’t be further apart.The script advisors were all top professionals, that was no myth. But the environment in which we created was unlike anything I expected. Going off the ferry into the gorgeous island of Buyukada, our opening conversation caught me off guard.

“Don’t touch or rewrite your script when you’re here,” Pelin Turgut dared us in our first group circle, and I was sure she was joking. I looked at the daily schedule and was shocked again. Only one advisory meeting per day? With each one taking two to three hours, I could have easily squeezed them all in one concentrated stretch, get hammered with feedback, and still manage to fly back and tuck my kids in back home. What was the point of going off for a week-long retreat, and risking divorce to boot?

As I was going around the hotel on the first day, tripping out on the luckiest location scouting I could ever hope for, I met Dante Harper, one of the advisors and a Sundance Lab alumnus himself. I shared with him some of my qualms regarding what I perceived to be a lax schedule. He laughed. “This week is all about you gestating your script. Surrounding yourself with inspiration.” That was the first advice I got from a Sundance advisor, and it proved to be a critical one. It was that freedom that allowed me to really soak in the advisory sessions. And man, there was a lot to soak in.

Aside from transforming into my protagonist in a Shining-esque mindbender, there are quite a few universal takeaways that might be worth sharing:

Below is the ceremonious draft-burning at the end of the lab. (Cathartic, and easy to DIY). Go outside, get inspired, and conjure some Sundance into your own private hallucination.

Jonathan Dekel’s debut short, “April Fool’s,” won Israel’s top honor in the 2015 Ophir Awards. His debut film “Checkout” is largely based on urban legends he encountered during his service in the Israeli Special Forces.