Overcoming Adversity to Create Longevity: A Guide to Creative Producing 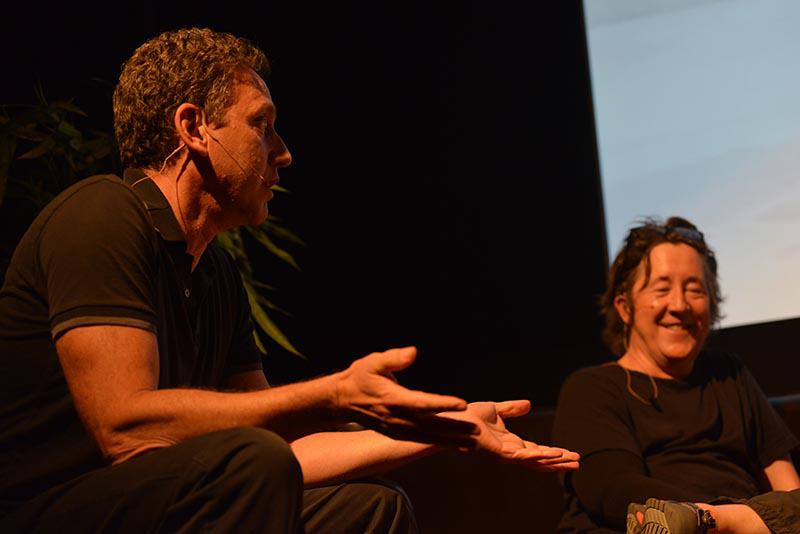 Sundance Institute held its annual Creative Producing Summit last weekend, a three-day gathering at the Sundance Resort that provides a forum for top industry professionals, producers, and directors to focus on three primary avenues of dialogue: narrative producing, documentary producing, and the state of the independent film industry. Below, Sundance Institute #ArtistServices staffer Missy Laney shares her takeaways from the weekend.

At the start of the Creative Producing Summit, Festival director John Cooper posed a simple question to the group: “Looking back at the last five years, are you more or less optimistic about the industry?”

With budgets shrinking, marketplaces becoming increasingly crowded, and projects becoming more ambitious, it could seem impossible to be able to survive as an independent producer. We work in an unpredictable, unruly, ever-changing industry with no roadmaps of how to finance, produce, and sell our work. Creative producing, especially when you can’t bring dollars to the table, is getting harder by the hour.

As Killer Films CEO Christine Vachon pointed out in several candid testimonies, old ideas no longer work. There are new stigmas now—how we finance our films using brands, crowdfunding, etc., brings new scrutiny and management. Ask Zach Braff, an invisible character in many mountain conversations. We’re forced to think and redefine our business. Again. But the good news is, we’re getting more successful at it.

John Sloss—founder of Cinetic Media and co-founder of FilmBuff—was able to petition the Academy of Motion Pictures to allow a private online stream of Steve James’s documentary Life Itself to their Indiegogo backers before the official premiere of the film without sabotaging their Oscar qualifications. Tim League of Drafthouse Films boldly released The Act of Killing by using BitTorrent Bundle, and the film was later nominated for an Academy Award for Best Documentary.

Technology is both bringing value to how we interact with our audience as well as changing consumer habits. It presents both challenges and opportunities, and only those who are able to hack the job will survive. We are analyzing and experimenting with new ways to fund, produce, and release our work. Sony Classics co-founder Michael Barker says great producers always ask questions “like an 8-year-old.”

Why must a film have a theatrical release for notable press to review? Why is there still only one focus on theatrical success? How can we be smarter with our P&A budgets and relentless in our focus and discipline to find fans? Why are we afraid to admit our revenue to our fellow producers? At what point are we comfortable admitting our failure to each other?

What if we banded together and asked the studios/platforms to create a common statement: theatrical, broadcast, digital, educational, international reports all identical in format allowing you to extrapolate data for comparisons? Producer John Lang said the next distributor who handed him a distribution deliverables list was going to receive one from him: all the data he wanted access to and all the ways he wanted it sent to him. The crowd cheered when they heard that.

We all desire the same outcomes and need the same tools: faster data, more transparent statements, and universal reporting, just to name a few. As BritDoc’s Jess Search noted, “This is classic community organizing.” There is a movement of independent filmmakers working together, sharing data, information, and lobbying together to push the needle. Just as they have here each summer since 1986 when the program was started.

To answer Cooper’s kick-off question, the group split almost perfectly in half with 52% claiming MORE optimistic. For the moment at least.