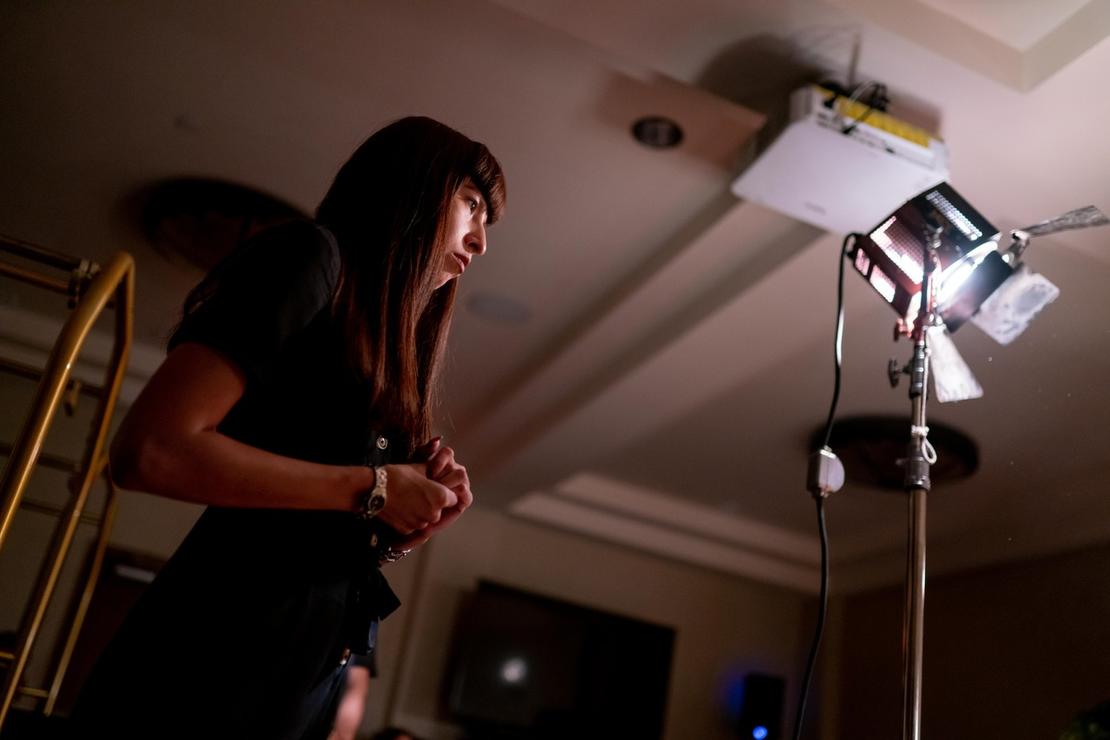 To work my story into a developed film, I knew that I would have to open my heart, mind, and self in complete vulnerability. I was afraid that I wouldn’t be accepted—and that neither would my main character, Mistress Red—but during table reads, every person present laughed at the jokes, smiled, and gave me important feedback. My mentors, who had traveled from all over the globe to help me fine-tune my story, were fascinated by the world I had created and made me feel comfortable to speak about it.

They even asked kink-related questions and encouraged me to dive deeper into kink with my script! For the first time in my life, I felt safe telling a story based on a personal truth.I left each session feeling the story expanding and growing from what-ifs, character development ideas, and future rewrites. Once I knew that I was accepted, I was ready to jump into the rigorous flow of directing my own scene.

Though I had previously been on set as a crew member many times, I had never directed my own scene. And I really set myself up for a challenge on my first attempt: I decided to workshop a scene deep in the pit of emotion for my character Marie/Mistress Red, as she tearfully comes to grips with the harsh reality of being an Indigenous woman. And in addition to the challenge of building an emotional connection, I was also directing a first-time actress.

We had spent a short amount of time getting to know each other and running rehearsals back-to-back when I noticed that she wasn’t feeling the character. I realized that I had to stop everything, take some time, and sit down with her for a heart-to-heart. I revealed my connection to the character, she revealed her struggles with relating to the character, and together we talked about the importance of this film and how we can tie our lifestyles and personal histories to it.

Just like in kink, I created a safe space for my actress to grow and to practice her emotions. I learned that directing actors isn’t about achieving what’s supposed to be on the screen; it’s about the people working for the very moment. Directing is a collaboration and a practice of trust. It’s allowing my actors to evolve into the role they need to be by giving them all the trust, comfort, and energy I can offer.

I was nervous again when it came time for scene screenings, but I received nothing but endless love and helpful feedback for the rewrite of my script. My entire experience at the lab was a supportive, empowering, and liberating one—and being surrounded by upcoming Indigenous filmmakers and experienced Indigenous mentors motivated me to stay true to myself, own my story, and take even bigger risks. I learned to trust my instincts and know that I have a network of people who will guide me.