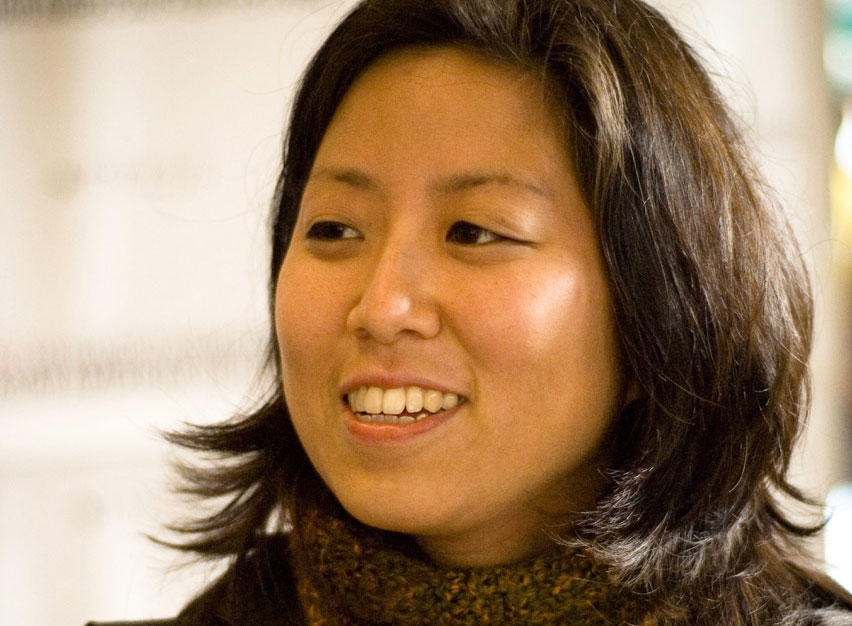 Filmmaker Grace Lee (“American Revolutionary: The Evolution of Grace Lee Boggs”) participated as a creative advisor at the Sundance Institute Documentary Film Program | CNEX Workshop and Documentary Summit in Beijing earlier this year. Below she shares learnings gleaned from working collaboratively with filmmaking teams on their rough cuts.

I arrived in Beijing after a 13-hour flight from New York, jetlagged but thrilled to be a creative advisor at the Sundance / CNEX Documentary Story and Edit Lab. The last time I was in Beijing was 1993, which now seems like a dynasty ago. Back then, the KFC on Tienanmen Square was one of the rare symbols of western culture I recognized. This time, shopping malls with designer labels, hipster cafes with cold brewed coffee, macarons and overnight Amazon-like delivery for whatever you find on the WeChat app was at our fingertips.

Joining me from the U.S. were my fellow advisors Matt Martin, Kim Roberts, and David Teague, as well as Rick Perez repping the Sundance Institute. Following a day-long public summit on documentary filmmaking, we were charged with watching rough cuts of four different films. The documentaries were wildly diverse and explored topics such as ethnic minority Uighur kids coming of age to a conceptual artist building a time machine to confront his father’s aging. We then paired up with a filmmaking team to focus on a specific problem or sequence they wanted to work on over the next two days.

I worked with co-directors Meng Han and Vincent Du on their film China’s Forgotten Daughters, which explores the effects of China’s One Child Policy on a generation of mostly poor, rural women. Now in their late 30s, many of these women are searching for the birth parents who abandoned them decades ago. I had seen films about international adoption made by U.S. and European filmmakers on this topic, but the angle of Chinese women looking for their birth parents within China felt fresh, moving, and unique.

The footage that Meng and Vincent presented to the group, however, sparked debate as to whether another character in the cut should be dropped from the film. As a director, I felt for the team. This is not what someone who has been filming for months with a vulnerable character wants to hear from a room full of strangers, which included luminaries from the Chinese documentary film world. It didn’t help that most of the critical comments focused on how emotional or “likeable” the character was, rather than on whether she helped the story.

In our sessions, Meng and Vincent wanted to explore how to make this character work in the film. I suggested we step away from the editing bay and explore whether the story the directors imagined was actually supported by footage they had shot. Using a whiteboard, colored Post-its, and our trusty translator Rex, we spent a lively few hours analyzing in detail this character’s motivations and overall place in the narrative. We then explored her in comparison with others in the film, which in turn pushed the filmmakers to both question and defend the choices they had made.

In that first session, I saw how universal the editing process is, whether you’re making a film in the U.S. or in China, as a first-timer or a seasoned pro. Everyone gets stuck with an idea or a character that they can’t let go of. I know I’m guilty of this. Likewise, the universal disappointment I feel following a rough-cut screening seemed to be shared by all of the filmmakers. It’s hard work figuring out why something doesn’t work, and even harder to admit that something you’ve invested a lot of time and money in may be getting in the way of your story.

After the first day, I saw how the questions we brought up on the whiteboard prompted the directors to question whether they were trying to do too much with one film. I saw a willingness to let go of certain things, but also the confidence to push back on others, now that they were armed with a deeper analysis of what the footage was conveying. At one point, they reversed positions entirely from the previous day, which felt like par for the course. I was impressed with how they did this with so much mutual respect and care.

By the lab’s end, it was unclear whether the character should be completely cut from the film. What was very clear, though, was the creative importance of having a community to support the directors so they can take risks to get to the next stage of the documentary. As David Teague pointed out after the lab, great work doesn’t come out of isolation but through collaboration.