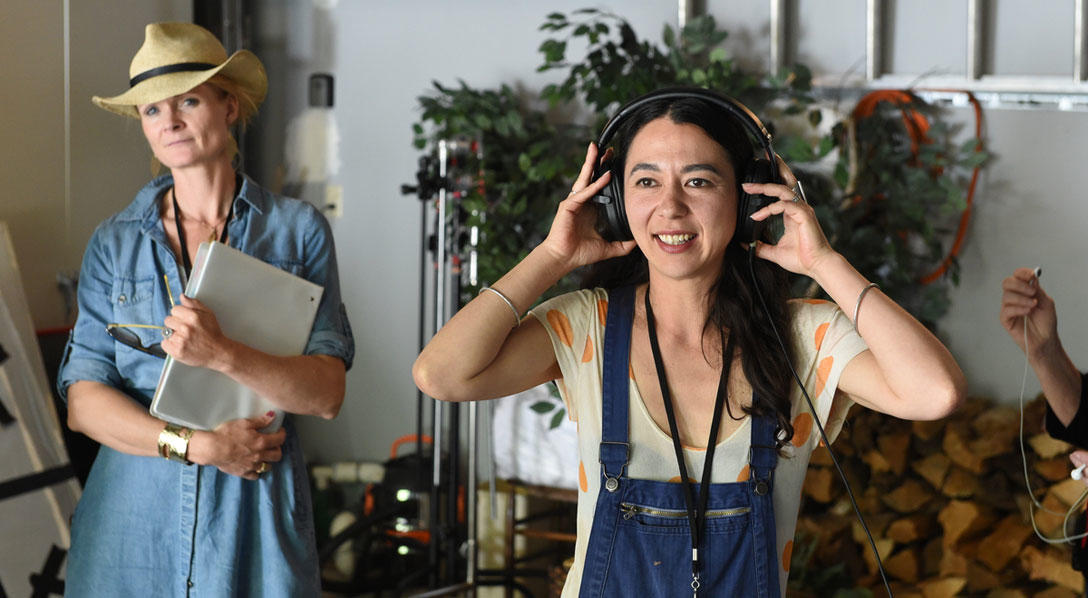 Eimi Imanishi is a Japanese American filmmaker who grew up in France. She directed two award-winning short films: “Battalion to My Beat” and “One-Up.” Imanishi took part in the 2018 Sundance Institute Directors Lab with her project “Doha: The Rising Sun.”

There is an eerie and magical correlation between what the Directors Lab helped me discover about myself as an artist and what it led me to discover about my film. My goals going into the Lab with my project Doha: The Rising Sun were twofold: for me to deepen my understanding of my own instincts so that I can learn to translate what I am feeling on set into an active direction; and to see the script come alive through the actors in order to ask myself and my advisors—what is it that isn’t working and why? Is it script, performance, or camera? What can I do about it?

In response to my above questions, some of the advisors offered me these guidelines during the shooting of my five scenes: “Direct the audience to what is important… Make oppositions clear… Be clear about when the character turns emotionally, and show it.” These were simple and pointed markers that I used repeatedly to focus my attention, but after a few scenes I realized that these guidelines were also marrying my two goals.

Identifying what is important in a scene and the moment a character turns emotionally meant that I had to re-examine the scene’s intention in the script, verify its clarity there, then align that with my intention as a director. And by the same token, clarifying what I absolutely needed to see of the scene and defining how the frame should show it allowed me to gain insight into how to manifest the intrinsic visual language of the film.

Thinking of each individual scene with that framework helped me draw a road map of the arcs and journeys of my characters and build them directly into the expressive imagery of the scenes, which meant that as my knowledge of the story got deeper, my artistic development as a director also progressed. The story itself was fueling the way my instincts should work.

It is this seamless development of creativity (the self) and craft (the story) at the Lab that I found most effective and fruitful, full of story surprises that were unveiled by the creative failures.

There was so much happening in tandem but I could track a clear line of progress in every direction, and with support from the advisors and bursts of inspiration from the other Fellows’ progress, I left the mountain with a better understanding of my own film and a stronger sense of myself.

I won’t identify the numerous advisors who came to set or sat with me to help me figure all this out. I am grateful to the many, all generous and full of intention: “Where are you? What are you coming in with? What do you want? What are your obstacles? Where are you headed?”

These are the mundane but important questions I was taught to ask of my scenes and stories, of my characters and actors – but I believe each question equally and permanently pertains to me as a director, walking onto set, about to dive into a scene. The mantra I take away from the the experience is: ‘This is the intention of the story, and this is its expression in the frame,’ with ‘this’ being my guide to the heart of the work.