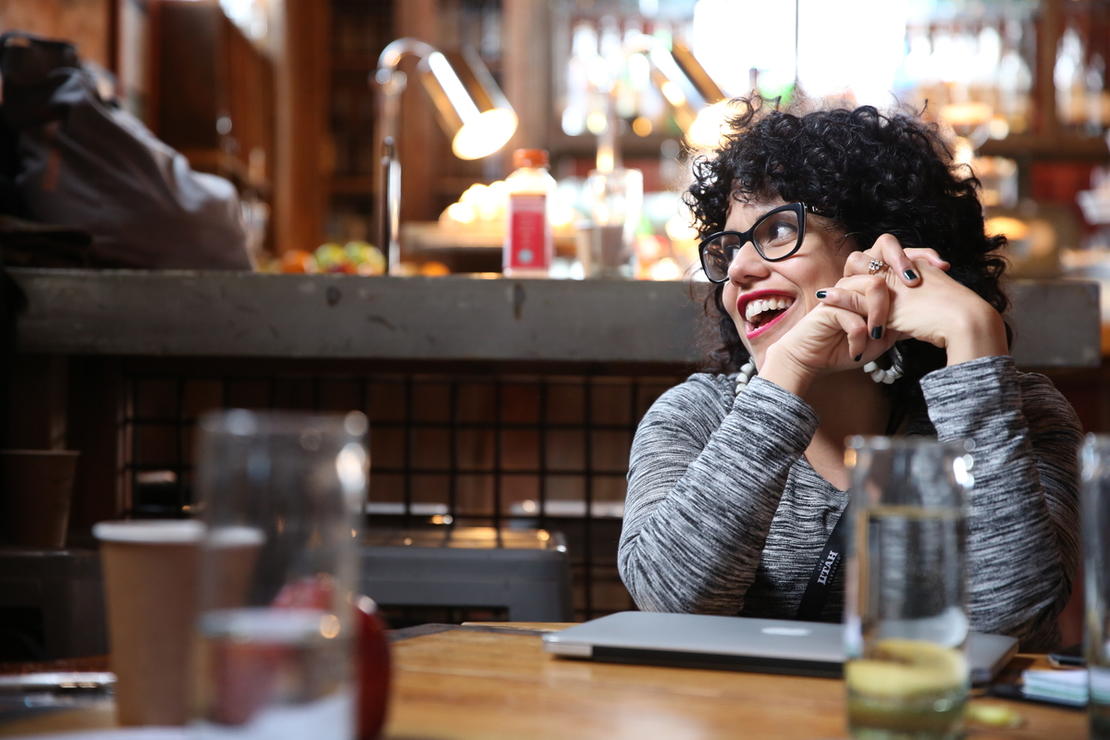 When my editor and I first got word in May 2015 that we were headed to the mountains for Sundance Institute’s Documentary Edit and Story Lab, it was all very mysterious. “Don’t expect to edit much,” they said. Bring a jacket; leave your ego.

We nervously said our hellos to our fellow filmmakers and our larger-than-life mentors. These advisors—Robb Moss, Shannon Kennedy, Kate Amend, Victor Livingston, Richard Hankin, and Jeff Malmberg—had worked on some of my favorite documentaries. I snuck into a screening of Crumb as a teenager, wrote about Capturing the Friedmans in grad school, and had been floored by the poignancy of The Same River Twice just weeks earlier. I was about to get schooled by these legends? The grade grubber in me was first-day-of-school ready; the director in me was freaking out.

As our footage was whisked away, we were tossed into the deep end: four rough-cut screenings in succession. Before we began, Documentary Film Program director Tabitha Jackson laid down the principles that would guide us all week: Each project was in a different stage, grappling with its own unique problems. The goal, she explained, was not to fix any problems but rather to listen for each film’s sticking points to help us crystallize our own possibilities.

The insights began right after our rough-cut screening. I was encouraged when Shannon Kennedy dissolved into tears after the lights came up. She asked me, “What do you want people to do when they see your film?” It was easy: “I want them to cry,” I said. Score a point for us; clearly something was working.

But other things weren’t. As the advisors lovingly dissected every inch of our cut, one thing became apparent—my role in my film was not defined at all. I was making a personal film about my uncle’s premature death from AIDS, but no one could understand why. I had known since the beginning that I didn’t want to be the focus of the film.

I didn’t want to be on camera, and I didn’t want to write Carrie Bradshaw–style voice-overs—but in rejecting these strategies, I had no idea how to be present in the material. The result was a distant, clinical gaze on my family’s story—a film that lacked stakes. “I’m not sure I trust you,” Tabitha told me. “And for a film so personal, that’s a problem.”

So, day one down: big problem identified. No idea how to solve it.

Over the next few days, we did even more listening in the form of master classes offered by our advisors. Each presentation had its own little gems, but it was Jeff Malmberg’s talk that busted my problem wide open. In describing his experience directing Marwencol, Jeff talked about how he hated using the word “subject” to describe the people who appear in his films; instead, he prefers the word “collaborator.” He hoped, he said, that he and his collaborators would be transformed for the better by working together.

As Jeff talked, I felt my face get hot. My mother and I had been having problems for a while. Although it was never the smoothest relationship, in the early days of making Memories of a Penitent Heart we’d gotten along. The movie had begun when Mami found some home movies in the garage and handed them to me. As I hatched the idea to make a film about her brother Miguel, a gay man who died under mysterious circumstances, Mami encouraged me.

Together, we began searching for Miguel’s partner, who’d disappeared after he died. She’d email me address results and text me pictures of clues she’d found. But over the course of the film’s production, the dynamic shifted. I’d begun to assume the mantle of director, doing things like pitching and writing grants. This shift was hard, and I didn’t handle it well. And then one night my mom shouted at me, “You’ve stolen my story!”

As I sat listening to Jeff, I realized what had been sitting right in front of me. I was making a film about conflict, about the power of selective memory, about missed opportunities and the poison of resentment. But here I was, holding her accountable on-screen for not supporting her gay brother while sidestepping the arrogance of my own judgment. I needed to give her a call.

As soon as I got off the phone, I took the recording to my editor, and she cut a scene. Back in our trailer, we played it for Shannon and Robb. “Your mother is a hero,” Shannon said. I resisted—”But she still doesn’t get it!” “No,” Shannon said. “You need to listen to your mother. She’s so wise.” And right there, the floodgates … Here I was, crying in the corner of a tiny trailer, re-litigating a lifetime of mother-daughter dynamics with people I had only met a few days prior.

In the end, only one scene we edited during the lab made it into the finished film—one scene that broke the film wide open.

The lab didn’t just help me unlock my first film. It taught me how to tend to my practice and that of others around me. It taught me that my day job as a college professor is not to clone disciples but rather to help my students recognize their blind spots. It taught me to step outside the edit room and to cultivate community.

If you are lucky enough to get the phone call tapping you for the lab, don’t ask too many questions. Pack your jacket; leave your ego. You’ll thank me later.

Learn more about the next Documentary Edit and Story Lab here. The deadline for applications is December 9.