“I just hope we get to meet Ro-Ro,” Lyle Friedman, my writing partner, sleepily whispered on the van ride from Salt Lake City’s airport to the Sundance Resort. Ro-Ro, of course, being her pet name for beloved film icon/perfect person, Robert Redford.

I, too, deeply wished that I would at least get to see him once in real life so I’d have something to immediately brag about on Facebook. After trying (and failing) to remain cool as we shared our shuttle with creative advisor Mara Brock Akil and Lab Fellow Mac Smullen, we arrived at the picturesque resort. Everything was trees, and mountains, and blue skies.

We dropped our bags and followed our rumbling stomachs towards lunch. We simultaneously noticed the low growl of a motorcycle as we both identified the man on the bike. It was Ro-Ro himself. I grinned like an idiot while Lyle hid behind me. This is all you need to know about Lyle Friedman to understand why I love working with her and why our project comes from a place of sisterhood.

In addition to being a hilarious collaborator and talented writer (she is currently staffed on Darren Star’s Younger for TVLand), she’s always keeping everyone on their toes. Here I thought I’d be backing her up since meeting Ro-Ro was her dream, and instead she’s pushing me to make contact. 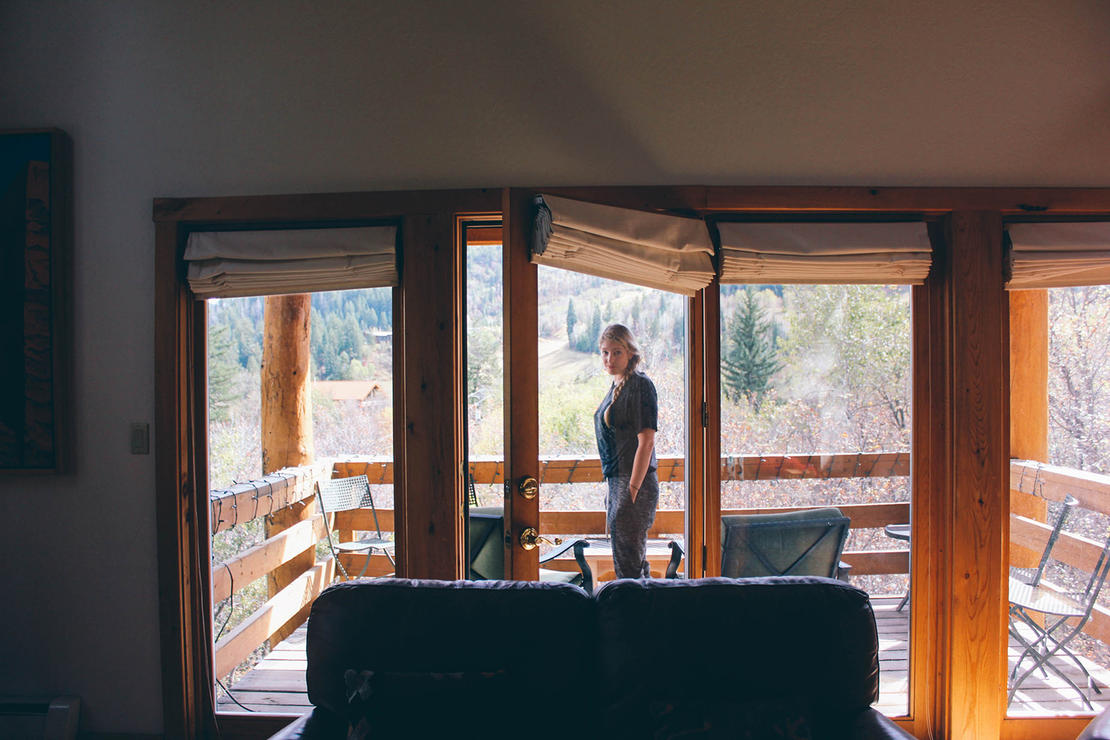 In that moment, I knew our comedy about biracial twins could work–because we were already just like sisters. We’d just need to be whipped into shape by the Sundance Episodic Story Lab (for which Sundance Institute is now accepting applications).

The week was less a retreat than a crash course; we studied scenes from film and television with the creators themselves. We discussed story arcs, character traits, big pictures and small details. We spent hours with talented people who had basically mastered the craft that we desperately wanted to pursue. It was incredible. But also devastating. But also immensely helpful. We learned that the biggest part of breaking a story isn’t the jokes we want to tell or the bits we’ve developed–it’s always about the characters first.

In our meeting with showrunner Jenni Konner (Girls), I finally learned that a good writer doesn’t hate any of their characters so much as they aim to understand them. The monsters we know in reality rarely see themselves that way. My approach to our story evolved instantly and I found myself thinking of better scenes to illustrate the why’s behind the who’s.

With Mara Brock Akil and Rich Appel, we approached our show from a storytelling perspective. What do you want to say, and what story will give you the best opportunity to make that moment happen? I can safely say I took more notes in these meetings than in some of my capstone undergrad classes. I took notes all the time: at our community dinners, in the dark of the theater, even on our beautiful hike. I was happily the dumbest person in the room, absorbing years and years of knowledge from TV legends.

I don’t know if it was altitude sickness or just the spirit of Sundance, but every attendee was warm and open. Do people this open really exist, or was I just dehydrated? I found myself crying more in the week that I was there than in the year prior. Publicly. I’m not much of a sap, but having the showrunners, production companies, and networks I’ve spent my life dreaming of working with validating my ideas and my humor easily reduced me to a puddle of tears on multiple occasions.

Sundance was unquestionably my cocoon. I entered the Lab hoping that at the very least we’d score a selfie with the man who conceived the place and a few new friends. We left feeling closer than ever to ourselves, the earth, and our stories begging to be shared and understood. After being given all these tools we’d have to start the hardest part: writing it. And re-writing it. And re-writing it. Repeating the motions until we make a show worth watching. When I do finally grow my wings, I have no one more to thank than the gracious people and talents of the Episodic Story Lab.